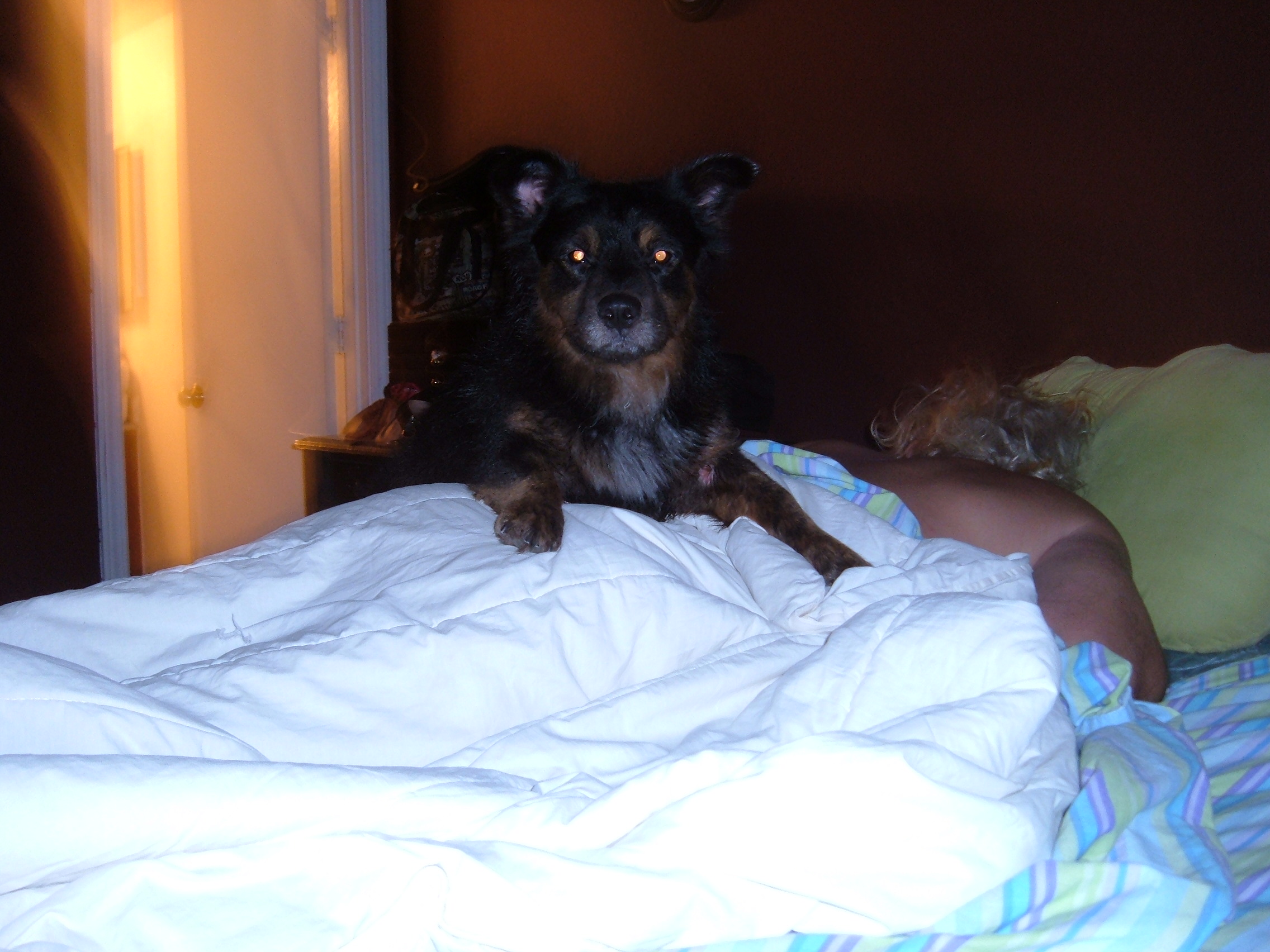 One of the things I like most about this web site is that it makes me feel that Bear is a bit more normal than I would have given him credit for before finding this wonderful site. Every sense the first day we brought him home we have thought of him as our little weirdo and have loved him all the more for his eccentricities. But, as I look through the photos and see that he is not the only dog that likes to sleep flat on his back or with his hind legs sticking straight backwards or read accounts of how other Corgis don't seem to like other dogs it makes me think that just maybe he is not such a little weirdo. However, there is one thing that he does that I have not ever heard or read of from any other, he guards me when I am asleep.
I think this behavour started about four years ago when Tammey started traveling over the road with me. Very often when I am driving for long periods of time Tammey will go into the sleeper and go to sleep. And, as we are almost always in a hurry, to save time when I make a rest stop I will tell Bear to "Wake Mama up" when I get close to a rest area or truck stop. He runs into the sleeper and pounces up on the bed and barks and kisses her awake.

She loves it! That cold wet nose in her face and those little stumpy legs stomping around on top of her has become about the only sure fire way to get her out of bed. And, Bear loves waking her up. It is one of only a very few things that I only have to tell him once to do that he does. And it does not matter if we are in the truck a hotel room or here at home he leaps at the chance to wake her up. I can be out working in the garden and tell him to "Go Wake Mama up" and he will run around the house through the kitchen down the hall and into the bedroom and wake her up. Now, here is the twist. He won't wake me up for her.

If she tells him to wake me up he will jump up on top of me and bark at her! It has the same effect, I wake up, but it is a very differant thing. It is hard to sleep with a snarling barking dog stomping around with his stubby little legs on top of you. You would had to have had one wild night to sleep through that. But there is no dought he is very aggressively trying to make her leave me alone. I like to believe that he really cares that I get my rest so he runs up and down my body screaming (in corgispeak) "No No Let Him Rest!"

Tammey doesn't like it but I am up first most of the time anyway. I have trained myself to sleep on my stomach because Bear seems to get his best footing when he is standing on my bladder. We don't take it to serious. He is a good little waker upper ether way, we were just wondering if anyone else's dog acted like him.

Permalink Reply by Geri & Sidney on July 27, 2008 at 4:28am
What a great story! I love your pictures; Bear really has been all over this beautiful country, hasn't he? He even has the same well-loved stuffed pheasant toy that Sidney has.

Do you have any idea what kind of mix he is? He's gorgeous, and what an awesome tail! What a smart dog and wonderful traveling companion. Sidney wants to know what his favorite part of the US is. ;-) 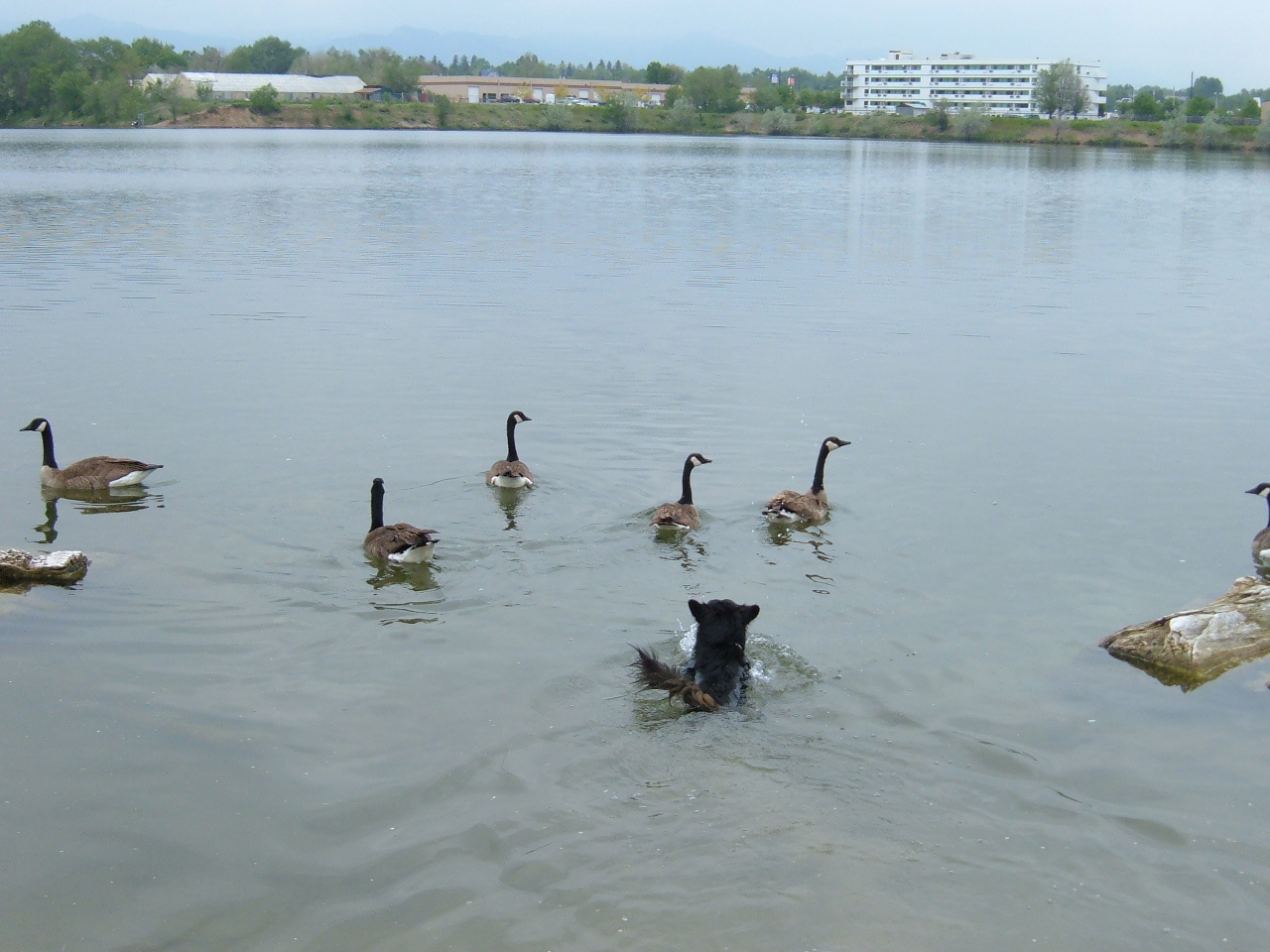 Hi and thanks for the reply. As Bear is a resque dog we are not 100% sure about his breed. We have had him around other corgis and he looks to be more corge than anything else. But the way he keeps his tail up in the air and acts like he is in charge all of the time we fear that he might be part Clinton. Ha ha just kidding, that can't be true because he will shut up and set down if he is told. He has some black on his tongue that I have heard is only found on chows.
As to what his favorite part of the U.S. is - Hmmm let me think. It can't be anywhere with a desert because his feet are just too tender. He hates stickers. He loves playing on the beach (Jupiter Beach in Fl is his favorite beach) and he always gets alot of attention but the water taste funny and it makes him throw up.

There is a truck stop in Kentucky that backs up to a huge open pasture and forest that is great for exploring. He loves chasing rabbits in the pasture and there is nothing funnier than watching him run through that tall soft grass. The grass is taller than him so running turns into a series of jumps where he totally disappears in the grass and then pops up over and over again. It sounds erratic put he does it very clean and effortless looking. It's like boing - boing - boing ... To see where he is you have to watch for him to pop up and with his tail curled up in the air he looks like Pepe Le Pew.

Tammey says his favorite is Colarodo and I think she is right. Up above Denver near Golden there is a bike trail that just goes on forever. From where we start out I don't remember it crossing any roads. We have only riden maybe twenty miles out in ether direction but it its just great. Bear loves bike riding (he doesn't peddle he just rides in his trailer and barks when he wants me to stop) and the trail is smooth with little or no traffic on it at all. There are lots of open prairie lands for him to run and chase things and also lots of big rocks for him to climb on up in the mountain areas. But his favorite part of the trail is where it winds past Tabor lake.

He loves to swim and the water is always cool and crystal clear. I know that we shouldn't let him do it but he loves chasing the geese. And, when he dives into the lake after them off of a three or four foot high bank it is an incredible thing to see. The first time he did it Tammey and I both thought we were have some kind of a flash back. A Corgi soaring through the air is a sight only a few people will ever see. He is fearless in his goose chasing.

Permalink Reply by Stephanie & Lola on July 27, 2008 at 5:35am
Awesome story!! I love the picture =) I can sometimes get Lola to wake my boyfriend up if we've been up for awhile by ourselves. She will stick her nose right under his chin and push it up, and if that doesn't work she goes right for his armpit and starts "tickling" him haha. She also will dig the blankets to uncover him

Permalink Reply by Geri & Sidney on July 27, 2008 at 12:50pm
Now that you mention it, he does have a little of that chow look to him! The black tongue is a great clue. It's also sometimes found in Danes. We have a lab/dane mix who has black on his tongue.
Either way, he's one great looking dog. Looking forward to more photos of your travels.

Permalink Reply by FuzzyButt on July 28, 2008 at 2:21pm
Completely different subject but you can draw a few parallels. Banzai will only go to the bathroom for me. No matter how many times Ryan takes him out compared to me he will only go potty if I am the one walking him.

I think it could be the difference in tone of voice and level of excitement. When I take Banzai out I appear to be all giddy, and happy. I talk to him a lot too, "potty, lets go potty, come on potty outside!" Where as when Ryan takes him out it's like, 'here we go again...' I try to tell Ryan that he has to talk to him, and hold the leash at a half way point, close to his body. Ryan says that he does but for some reason Banzai still will NOT go to the bathroom for him. 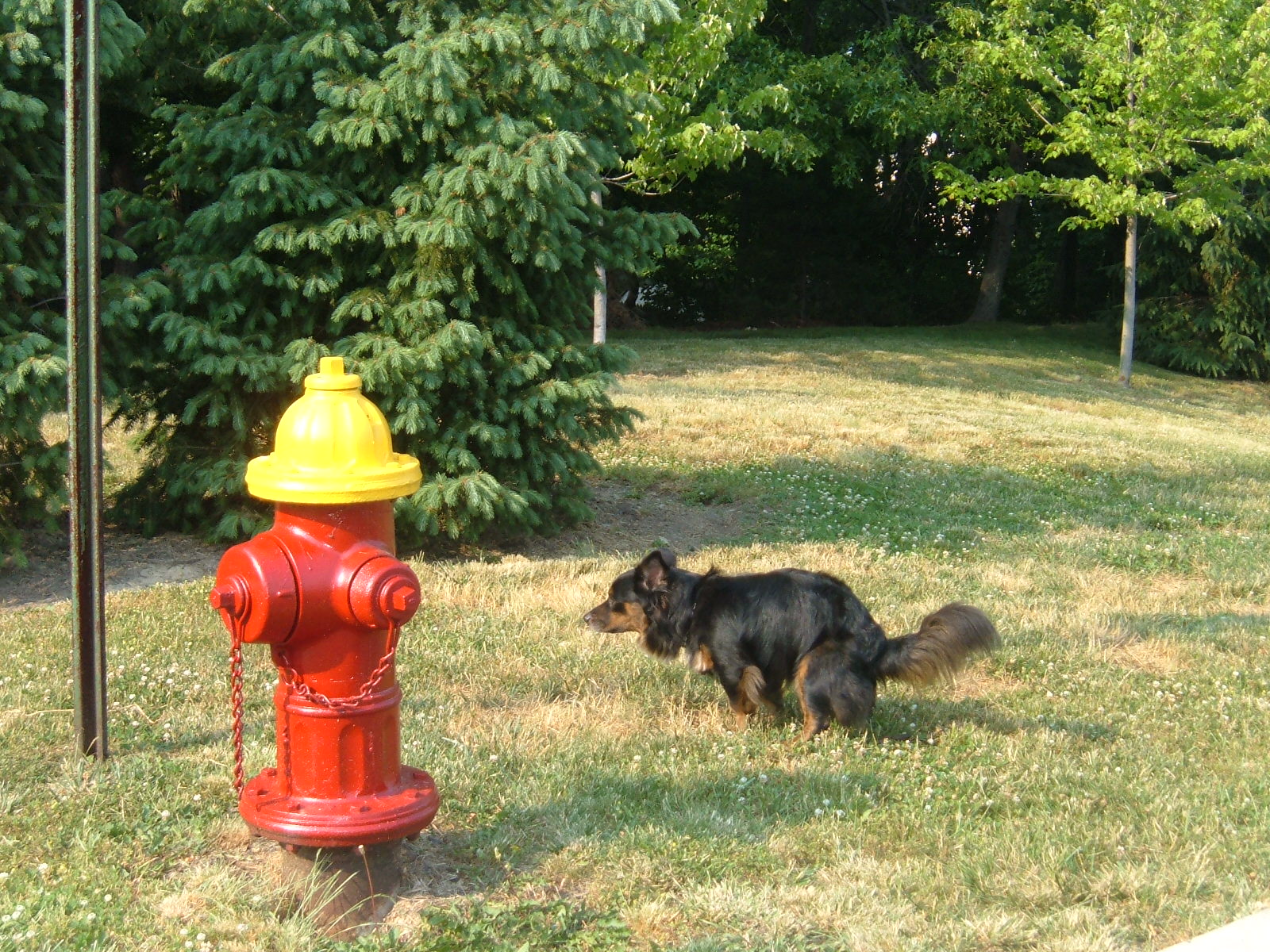 You are probably right, If Ryan doesn't enjoy taking him to potty FuzzyButt probably sences it and becomes tense. And, dogs are just like people, you can't make him go. He has to be ready and comfortable with the setting. When we first started taken Bear on the road with us we tried to dictate when and where he pooped and it just never worked out.
We always tried to take him to some out of the way location where he could go in private and that just doesn't work for him. I think, just maybe, that he thought that we were ashamed of him. He would get that kind of hurt expression on his face and just wonder around sniffing the ground with his little hind legs crossed. And, when we tried to rush him he would duck his head down like he was hurt and look up at us with those big brown sad eyes. It took us awhile to figure it it but we finally did, he needs an audiance.

If we are working in a neighborhood and he has to go, we take him for a walk and let him find the spot that is right for him. He likes to find a house with a well kept lawn with one or more cars in the driveway. The front curtains must be open and if the front door is open or if people are out in the yard it is better than exlax. He will sniff the ground and walk in a circle a couple of times to find true east (He must be facing east to poop) bow his backup, put a smile on his face and let everyone who is watching know just how well fed he trully is.

You know, I am not sure what goes on in his fuzzy little brain but when he finishes his busness, on his own terms, no matter how many people are screaming "Hey thats my yard!" or "I sure hope your going to pick that up!" when he kicks dirt over it and walks away he has bounce to his step and his tail held high in a way that just lets you know that he is proud of him self and happy to have been able to do it his way.