I always assumed Yoshi was red and white. When Yoshi was younger, he had a TINY bit of black on his back, along his spine. As he got older, the black became more noticeable. I'm wondering if he's actually he's sable? or something else? I'm not sure. Not that it matters, of course, just wanted some opinions. Hope you can see what I mean by these pictures. 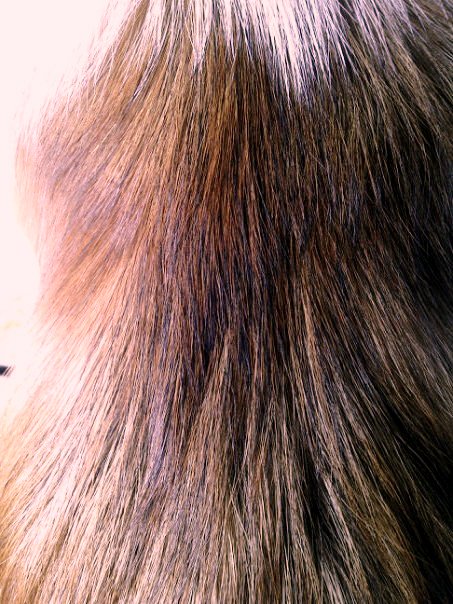 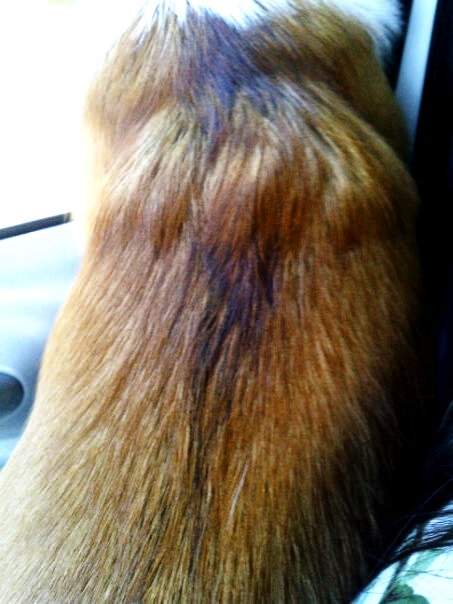 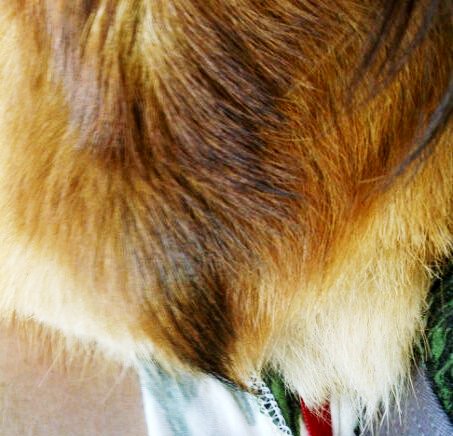 Permalink Reply by Jane Christensen on June 5, 2011 at 8:25am
He's a sable and they all differ as to how much black. Sage has a lot of back and a mask.

Jack similarly has sprinklings of black-tipped hairs, more prominent when he's out-of-coat.   I had a topic on it many moons ago (and yes, he's since lost about 8 pounds so I feel guilty about the pictures!).

After that topic, we visited with a show breeder, looking at one of her adults she was rehoming.  We ended up not bringing home Becky, but the breeder said with full confidence that Jack is a red-and-white, with some sabling.  So, not a sable at all.  I'm not sure where the dividing line is, but as someone else mentioned in my old thread, I think they need more distinctive markings on their side and the black cap on their head to be considered sable.

The breeder who saw him in person and declared him red-and-white has done some judging and had BOB at one of the recent National Specialties, so I kind of ended up trusting her call in the end.   I now refer to him as red-and-white.

Permalink Reply by Jane on June 5, 2011 at 12:38pm
If I had to call him one or the other, I would say a red and white. That's not enough black to really be considered a true sable IMO. Henry has some black hairs in his ruff and on the back of his ears but I would still consider him a red as well.

Permalink Reply by Rachael & Waffle on June 5, 2011 at 12:39pm
Waffle has that, too. Not quite as much black, but he has lots of black hairs, and black tipped hairs, and red-tipped black hairs!  My breeder said he was "trying very hard" to be Sable, but didn't quite make it.  So, he's a Red 'n' White with some black hairs.  He has more black hairs that black-tipped hairs, so I like to think of him as a failed tricolor. Haha.

Permalink Reply by Lisa && Yoshi on June 6, 2011 at 10:31pm
Thanks for all the replies, everyone! Opinions seem to be a bit scattered, though. haha. But it was nice to know all your thoughts! =)