D-Con Mice/Rat Pellets --- Do You Know What to Do? 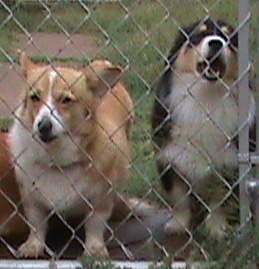 My loveable Topaz loves to chase rabbits, squirrels, cats, lizards, frogs, virtually anything that moves fast on the ground.

Friday morning when she caught a mouse on first snap I was so proud of her! -- Until I realized she wasn't going to present me with her "gift." Instead she was savoring it for herself, taking it out to the backyard to finish off.

Then it hit me -- I've got mice/rat pellet poison down in the house and this mouse could have ingested it.

Immediately I managed to convince Topaz to relinquish her "prize." Relief came quickly as I inspected the carcass and noticed no signs of punctures wherein bodily fluids could have been transferred to Topaz, and threw the remains out with the trash. (This was around 6:30 in the morning.)

The rest of the day was normal, work, lunch, home, no visible signs of illness.

Fast forward -- 12:10 a.m., Saturday -- while on the phone with a friend on one of those long, lengthy,
talk-about-nothing chats, I heard an odd noise coming from the kitchen.

Upon entering the room there was Topaz, with both paws holding a package of open D-Con Mice/Rat poison pellets while she's lapping up the little turquoise beads of death as fast as she can and swallowing them whole!

I screamed -- Topaz looked at me very quizzical -- momentarily stopped -- and then continued. I couldn't believe my eyes! With every tongue movement, I could see several -- not just a few -- beads being swallowed.

I grabbed the package away from her as gently as I could, and began reading the back panel. Of course there was the usual fine print that's unreadable, and in my state of mind I wasn't comprehending most of it. Then I got to the part about "If Swallowed By Pet or Animal: Call Veterinarian Immediately for Treatment Services."

First thing he said: "Do you have hydrogen peroxide?"

"Okay, how much does she weigh?"

"Let me get my glasses on."

"Give her about 2 tablespoons full."

I've got a monoject cc syringe, how much is that?

"You want to get 3 syringes of peroxide down her."

"Yes. It will take about 15 minutes. Then bring her in first thing in the morning for a K1 shot. If she doesn't throw up, give me a holler back."

I got 2 1/2 syringes of peroxide down her throat, crying with each dose and telling her what a good girl she is, holding her, and letting her know I wasn't meaning to hurt her, and within 3-4 minutes, she was vomiting all over my kitchen floor and I was happpy, so extremely happy I could hardly catch my breath.

I was shocked and horrified at the amount of pellets she had ingested, some were already turning soft and beginning to digest in her system -- (Yes, I inspected the situation closely.)

Well, she vomited until 1:30 in the morning, but I knew she would be okay once she got to nothing left but "bottom fluids." I waited until almost 3:00 before going to bed with her as I wanted to make sure no convulsions, that her breathing/snoring continued, etc.

It's now 9:45 a.m. the morning of this ordeal. We've already been to the vet to get her K1 shot (antidote) and pills she will take for the next week. However, the amount of pellets she ate in the short time she did would have killed her in less than an hour.

At time of this writing, I have no idea where she got the package from, as I thought I had them all placed securely out of the babies' reach. The only thing I can think of is that the mouse she killed had enough in its system, so Topaz got the "taste." Once she had the taste, she recognized the smell, and was persistent in getting to the least secure package of pellets within her ability. Needless to say, all packages have been picked up and thrown away -- another type of "trap" will need to be found for the mice problem, but until then they are the least of my worries.

My advice to anyone reading this -- pass this story on first so that other Corgi, pet, animal owners will know what to have on hand so they can act fast -- and I mean FAST!

Go to your local vet, explain to them what I went through, and purchase a 12 cc Monoject syringe to have on hand. Then go to a store and buy a bottle of Hydrogen Peroxide to keep stored close to the syringe. For less than $5, your dog's and/or cat's life may be saved within 10 minutes.

Topaz is doing fine, awake and alert, barking, ate breakfast just fine, and about ready for her morning nap. She;s staying close by my side while Frankie and Dooley go on about playing and romping in the house.

Getting the syringe in her mouth and forcing her to swallow the peroxide wasn't the most pleasant thing to do, but I had to. Watching her vomit was less pleasant, but she had to. All of the unpleasantries go away when you see the spark in their eye and the smile on their face after all is done, and that is the most memorable of all!

Permalink Reply by Stephanie on September 5, 2009 at 11:23am
What an incredible story, scary but incredible! And for dogs who will eat anything, great advice.

Permalink Reply by Beth on September 5, 2009 at 11:42am
Deanna, thank you so much for the warning!! Your baby will forgive you for forcing the stuff down her throat.

Please, do not take this in any way as a criticism of you, because many others also keep rat poison and use it. But this is why we always only used live traps when I was growing up (so far we haven't had to deal with mice in our house, as it's newer and pretty tight still). I know live traps are no fun to empty, but if your beloved dog or cat found a poisoned mouse while you were at work and ate it, you would come home to a dead dog, and it would be too late to help them.

The live traps can be baited with peanut butter, cheese, or any other tasty morsel and if your dog gets into it, the worst they will get is a pinched nose or paw. The downside is sometimes the mouse gets caught by a paw and you need to use heavy gloves and a bag to carry the mouse outside and, er, "dispatch" it.

Thank goodness you saw it happen! I should check w/ my own vet about getting the poison control kit you mentioned and having it handy, as we don't have a syringe in the house. We also don't have peroxide in the house at all.

I am so happy your furbaby is going to be ok. You must be so traumatized by it all!! She'll forget about it way faster than you will.

Permalink Reply by Deanna on September 5, 2009 at 11:58am
Beth, I haven't taken you wrong at all. Unfortunately, when I went to WalMart to look for mice traps I was looking for the glue kind, but they were all sold out. I saw the live box traps, but I didn't want to deal with releasing the mouse so it could come back in at a later time. Believe me, I will deal with that now. The unpleasant emptying of a live box trap is a much better thing to endure than my Topaz dying!