I notice that there are posts popping up here once and awhile for new owners looking for puppy names.  My husband and I used to keep a list of great dog names and used one when we brought a new puppy home.  I propose we keep a name bank for people to shop through.  Please add your idea by first indicating a category or genre then the names followed by any notes.  Here is an example.

Animal House-Hoover, Otter, Flounder, Pinto, etc.- We named a dog Hoover (the president of the Deltas from the movie) and everyone thought it was because he ate off the floor, a la vacuum cleaner.  PS-He ate NOTHING off the floor.

After we got Ellie (I had her named before we even got her) and got her home, we soon found out she never stayed still for very long and we thought maybe we should have named her Fidget.

Camber - She's a rescue.  The former owner is into NASCAR and named her after the tire alignment angle.  I too enjoy cars/motorsports and thought the name was cute in general.  Left her name as is even though she did not respond to it at the time.

Ziggy was named after Ziggy Marley :) Of course, he came with the name, and I later tried to change it to Twix to keep up the candy theme (my kitty was Skittles and his brother was Rolo). Just didn't work out. Everyone was already too used to Ziggy, and while it's not one of my favorite names (neither is Twix, now that I look back on it lol) but it definitely suits him :D

I have a lot of potential names saved up for my future dogs/pup(s)? that I like. Of course, there are way more names than I will have pets, but it's still fun :)

I've been thinking a lot about naming my next pup Marley.. Just because it fits with Ziggy so well. But dunno how likely it is as I have so many other names that I love way more lol :)

Here are a few of the names that I have saved up :) (I have almost no female names picked out because I generally like male dogs more, but I have a couple, and will indicate which are for girls with a *).

10. Ziggy-match-alikes (Haha, dunno how else to word it)!

And of course, I am still collecting and will be for a long while :) I have a long ways to go before getting a puppy, and am always finding new names I like! 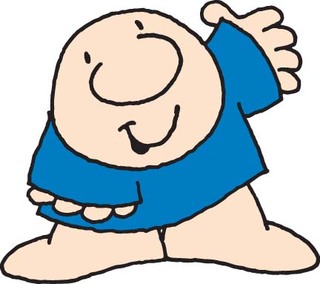 I thought he was named after this guy!  Ha!  I love all of the ideas.  We have a Butters here on mycorgi.com.  His owner asked for us to vote.  Love his name!

The girl I got him from had a Bob Marley obsession ha.

I think there are a couple Butters' on here actually lol :D It's a cute name!

There is an exhaustive list of corgi names posted on www.corgiaddict.com.  Some fan went through the page and meticulously recorded the name of every corgi posted.

I like human names (Al is actually "Allegro"), or at least a dignified name, a reminder that this creature is a person.

Faerie Names: (http://www.fairiesworld.com/fairy-names.shtml has many ideas)