So I doubt that the short hairs have this problem, but it is possible. Mostly directed at anyone who has an issue with poop getting stuck to dog's rear-end fur.

We do trim Ein's butt, and shave him a little track. However, my parents insist on giving him these little rawhide bones. (They're only like an inch or two long, not big at all). They are fine when he just has like maybe one per day, but if he gets two... let me tell ya. He gets the runs. And unless we completely shave his whole butt, he's gonna get those runs all around his butt hole. (And if we don't keep him trimmed, it even gets on his feathers and stuff).

So I decided I'm going to go out and buy some healthy cookies for them to give Ein, but in the meantime they have like half a tub of these raw hides left, and they are on the second tub of them.... I know that if I give them healthy cookies they are going to give him those AND rawhides... dear jeebus!

So until then ein is on a "one per day rule" but sometimes mom gives him one, then dad does. Or dad forgets and gives him two.

Meanwhile, here I am I gotta go clean poop out of his fur again... which is a NASTY job. It's not just little tiny bits... it is like someone threw a mud-ball at his behind.

to which they denied giving him too many treats, argued that he's my dog, and changed the subject.

What do I do about this?

Honestly I would take those away, for good. Not because they are giving him the runs - but because if they're only an inch or two long, they could very easily get lodged in his throat and then you'll have one of three outcomes. One, he might eventually gak it out and/or a family member will reach in and dislodge it. Two, he might swallow it whole and have an obstruction - a very real possibility. Three, he might choke on it and die. None of those are fun outcomes, particularly number 3. Number 2 is going to require surgery to remove the offending material and that can cost upwards of a thousand dollars.

Just take charge of your dog's health and take away the tub completely. Is it worth jeopardizing Ein's life because your parents want to spoil him? No, of course not. If they really want to baby him, have them play ball or with a cat teaser toy. It will burn calories AND make the dog happy. Stuffing him full of cookies can lead to other health problems, and the rawhides are just too much a gamble, imo.

I second Ludi - small rawhides are an obstruction risk for some eager dogs.  Plus, it isn't like the rawhides have positive nutrition value.  It's like feeling obligated to polish off a barrel of pork rinds because someone bought them for you and you don't want to "waste" them - truly not worth the tummy upset!

I use the "he can't have ________, vet's orders" excuse all the time with people when they try to give Mishka something questionable.  Mishka has a normal coat but we've had our share of cannon-butt episodes.  No fun.

I completely agree with Ludi as well, make the bones disappear, not worth it!!!

I've had similar problems with my mother when visiting. Kramer had digestive issues as he got older. His farts could clear a room. I warned her not to give him peanut butter anymore. She gave him "one bite" of PB toast, he gassed her out of the living room. Since then she has been better. She doesn't always agree with me, but mostly listens. She has been known to slip Becca people food. I keep it to a minimum.

I think blaming on the vet sounds like the easiest way to get them to comply. How much contact do they have with Ein?

It is fun to give a dog a treat. Think of people buying food at the petting zoo. Provide your parents treats like frozen vegetables, baby carrots, apple slices, etc. Have a small container of his kibble sitting around where they can have him do a trick for a kibble. (He does have to earn them, right?) Good luck!

Permalink Reply by Elizabeth Throneberry on September 21, 2012 at 12:02am
The so called "runs" could be the body trying to make it easier to pass the rawhide. Dogs stomach can't digest rawhides and it very bad to when they get big pieces. I only give my dogs once a week. But the body will create almost a lubricant a slimy fluid to get it to pass. 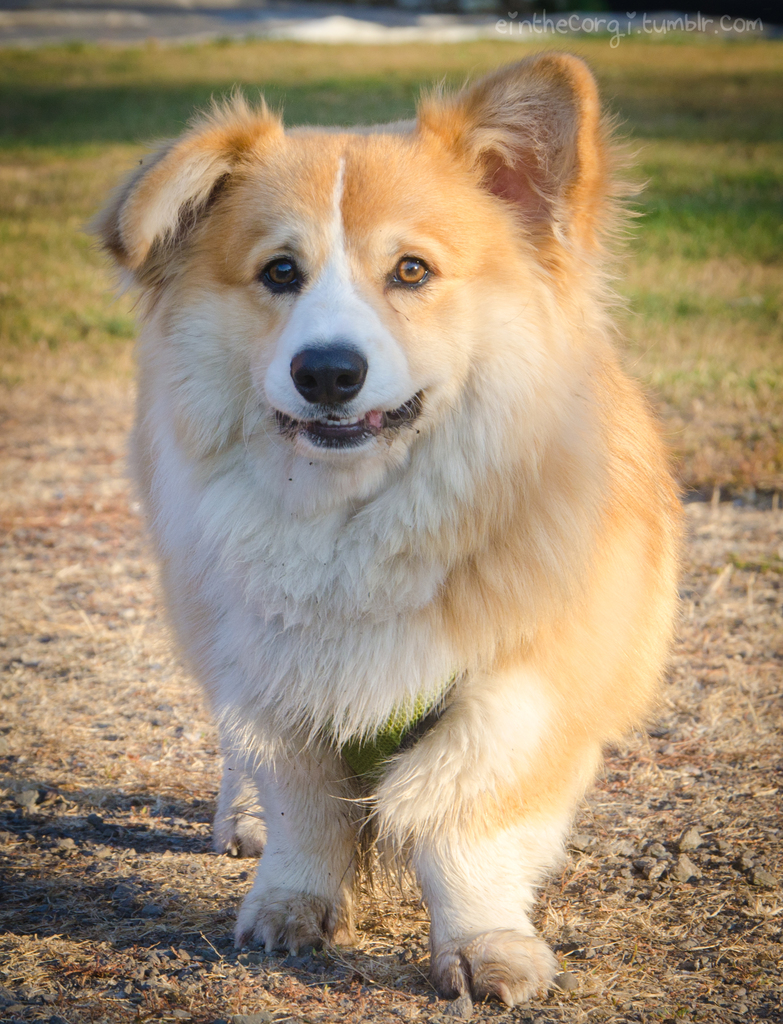 Einstein.. only a couple hours after his bath today haha!!

He has a lot of contact with them since my fiance and I currently live in an apartment on their property. I ended up tellin mom "no more rawhides" today. We'll be able to tell if it worked or not... Ugh. I hate that they can't see it as a problem!! Drives me bonkers.

I like the idea of giving them some veggies and telling them to use those as treats. He goes JUST as bonkers for a carrot or some sweet potato as he does a rawhide. :)

I would take away rawhides too.  He's tummy must hurt too.  Try and convince your parents of that.  Bring bagged baby carrots.

My dad is the one that we all have to rein in whenever we go over to their house. My mom listens very well, but Noodles know that Gramps will always give him a treat. Noodles is allowed a 1/2 jerky treat and 1 "cookie" (medium size dog biscuit). Since we always have fresh veggies around and Noodles loves baby carrots, he is allowed to have 1 baby carrot. Too many of them gives Noodles the runs and I've said if he gets more and gets sick, they will be called in the middle of the night to come clean him and the carpet up! My mom helps rein in my dad and he is doing much better. He no longer sets all the treats out for Noodles to see which is helpful. Noodles still runs to my dad first thing because he knows he will get something. Of course Noods has to work for any treat...nothing is free. My dad just says he enjoys spoiling his grandpuppy.