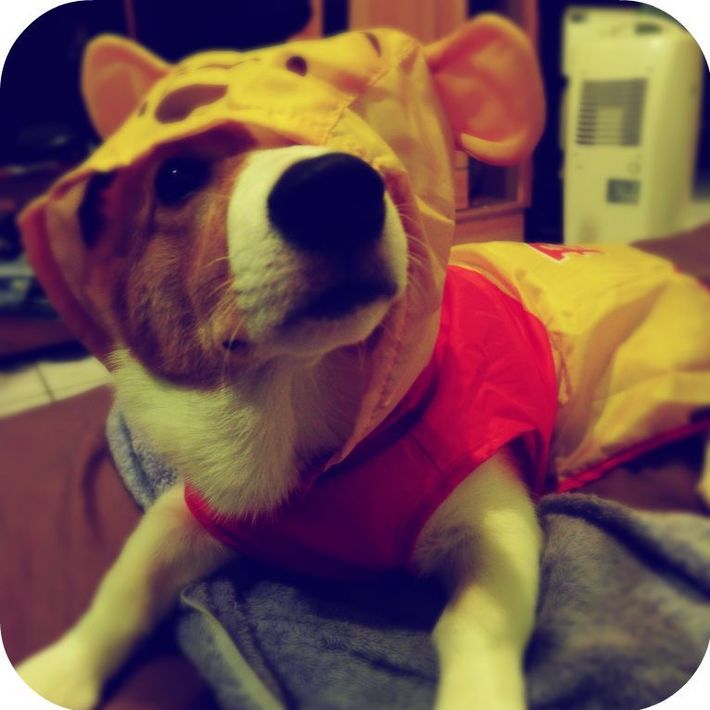 About Me:
Love is food, food is Love.

About My Corgi(s):
Love is food, food is Love.

Having so many Corgis, I found I had to separate them to allow full concentration while in the training process. I didn't have any problems with the first three but when Andy came along, he had absolutely no training and this is what I did for him and he is the perfect little man now. It took a few months but it was well worth it. . . . .

I feel no distractions will help in training. Hope this helps.

Hi Chinni's Mom,  Some corgis are "sensitive" meaning that they sense illness and of course we not know that certain dogs can even detect cancer, heart disease and an on coming seizure. Randy is one of those and obviously Chinni is one.  Over a year ago, I tried to give both dogs a bath at the same time because Reese our new rescue was very afraid.  I was going to bathe Randy first to show her it didn't hurt.  Randy has always studied pictures on the walls and things up high on shelves.  I have this big roll of foam in a huge plastic bag that I kneel on to give them their baths.  I had both dogs in the tubs but Randy turned around and placed his front paws on the back of the tub and was looking up at the shelf-like area at the top of the tub so I couldn't reach him.  I had not put towels on the floor to soak up water and didn't realize that I had sprayed any water around.  I put my food over on the floor to the right to reach him and it was wet and I slipped and banged my left rib cage on the top of the tub. It really hurt but I washed them and didn't even dry them.  The 2 days later I was helping my neighbor take down Christmas decorations and because of the first injury stumbled and fell on my left arm and shoulder.  I had a lot of disability for 6 weeks and then had slow recovery for another 6.  Randy took almost every step that I took and tried to make sure I was OK.  At one time, when I was hurting and laying in bed, he eased on top of vertically and laid his body on my body and his head on my head.  He seemed to be trying to "transmit" healing and health to me.  Reese, our rescue girl had several illnesses, including heart worm so we had about a 9 mo. period of trying to get her well.  He treated her like he had me and seemed to try to take care of her.  She would have periods of chills and he would lay on her to help keep her warm.

Poor boy is trying to be an alpha dog and his 2 females (Mom and Reese) both like to be alpha also.  I can tell that sometimes he is so frustrated because his darn females won't let him dominate.  I would say your Chinni is not only "sensitive" but has healing abilities.  You are very lucky to have her as it is not common!!!  She is a treasure and obviously you are appreciating her and you should.  Bye for now, Lois

Thanks for the gift.  There is nothing like a corgi or a corgi lover and I am totally hooked!!!!!  I am on my 3rd corgi and still love all of my past dogs but love my previous pem  the best.  I decided to malinger in bed longer today and Randy eventually laid on my head ( a dominance technique).  He was letting me know it was past time for breakfast!!