About Me:
As of right now, I am working on finishing school so I can get a good job eventually. Working on my photography as well, and looking forward to post all my pictures here for you to see. I'm related to the member Natalie and Lance on here, I am her daughter.

About My Corgi(s):
Lance is a 5 year old cardigan welsh corgi, who is a blue merle. With two blue eyes. He sure is unique and wouldn't trade him for anything in the world. He is there for me, when I need someone to lean on, as well. He knows how to comfort people, and he is very protective. Even though sometimes he acts like a brat, he is just trying to keep you on your feet. He knows when it is time for him to eat, no matter what time we feed him at. Lance is very much loved! :]

Tucker is a pembroke welsh corgi, we do not how old he is. The shelter we got him from estimated that he was about 3 years and 4 months!
I will add more as Tucker gets used to the house. His first day home is 3/6/11!

I have:
Both Pembroke and Cardigan 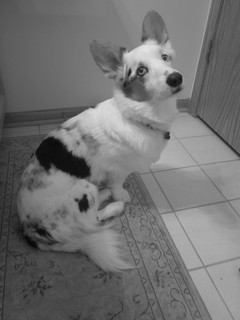 Lance is a 5 year old Cardigan Welsh Corgi, who is a blue merle. Both of his eyes are blue, and his colors are fantastic. I just admire him for being such a wonderful companion to our whole family. He is there when I need him, he makes me feel better in so many ways. Lance was born on October 30th, 2005. Lance and I have had a very special bond from the moment I saw him. He was the only puppy at the breeders office that came over to me and just relaxed and let me pet him, which was nice because I thought he was the best looking dog there. At first, my parents wanted some other corgi that might of already had a home, but they haven't come and picked up the dog yet, so we would of had to wait 2 weeks to get a dog. So then we all finally decided on this special corgi. We brought him home on February 15th, 2006 when he was only 14 weeks old. On the day I we got home with him, I went into our pantry and just about 2 seconds later, Lance was whimpering and wondering where I was. So I came out, and Lance was wagging his tail and it was so cute. The other very special thing about him, is that his birthday is the day after mine, expect 10 years later. I love him very much, and I have no idea where I would be without him in my life. I have taught him many tricks, and even how to walk on a leash. I remember, I brought him outside so I could teach him and there was snow on the ground so it was a little harder. With some treats, I was able to get him to walk on a leash. It was so cute, and it just amazes me how one dog can change your life forever.

I have taught him how to "sit pretty", although he formally knows it as get it when I put a treat or my hand in the air. Lance is a very protective little boy, and he has a bark that should match up with german shepherd, but his bark is matched up with a little corgi. He sometimes scares little kids when he barks at them, because he wants to play with them, but how is the little kid going to know?

He is just a lovable boy and I can't believe this year, he will be 6 years old!

Hello,
I hope everyone had a great Labor Day just like I did. Even though we didn't do much. Lance got to run with the doggie that lives behind us and he just loves it. Not even a height can stop him from being energetic and wanting to play with him. Lance loves to play and run, hehe. Anyways, here are some pictures that I have captured: 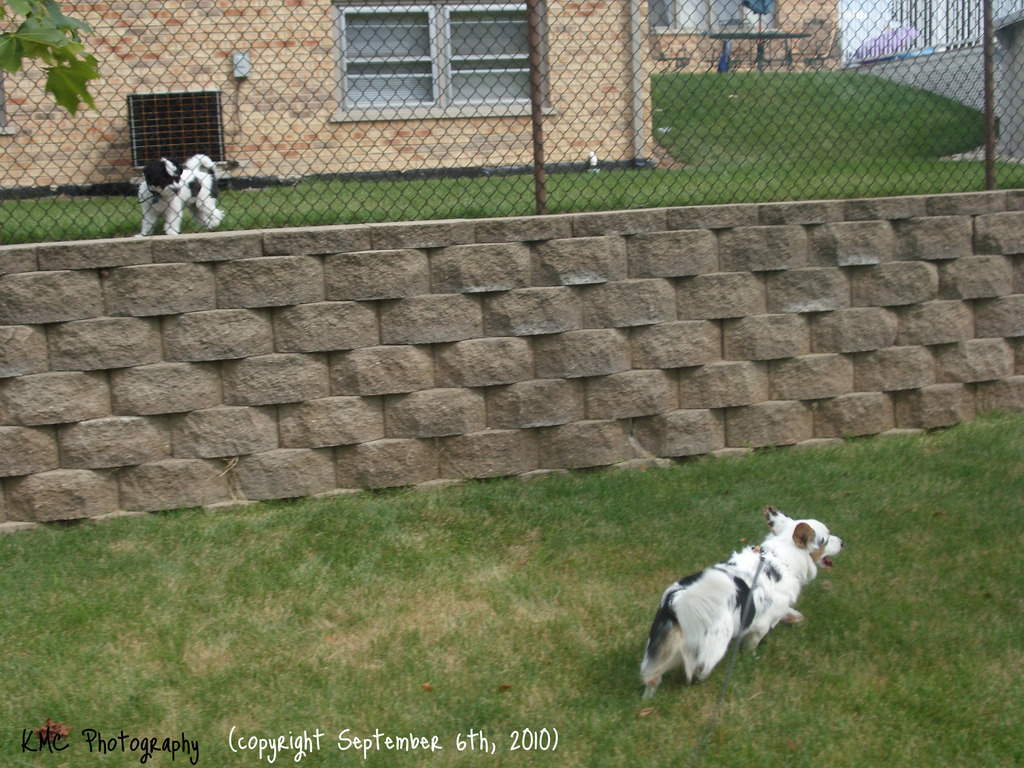 ^ Lance & Logan- they are running together- even if there is a…

Red Ribbon
Happy Memorial Day Everyone!
From the Gift Store

Katie said…
Congratlations on the arrival of Tucker in your house! He really is fitting in soooo well with Tucker!  You MUST send in the photo of them sleeping into the 2012 calendar. And he's beautiful to boot. Let me know how your two boys get along, I am am interested in the two boy corgi dynamics.

Amy Freed said…
Hope I am typing in the correct area.  Yes, it is the Tucker I saw.  Oh, that will be great to adopt him.  To me, there seems to be a kindness in his eyes or somehow a gentleness about him.  Just my view!!  LOL!!  I hope everything works out very well!!

Rebecca Marie O'Bryan said…
Aww thank u! He sure does love his photo taken lol I have been doing pretty good. I am now a dog trainer at petco and its a ton of fun:) I get to bring teddy to work with me which is the best part! lol I must say I LOVE all the photos of lance. He sure is a handsome boy! How r things going for u?

Jessie & Alwyn said…
Hey Kristin and Lance! Alwyn thanks you both so very much for the birthday wishes. He enjoyed his first birthday but having a fraptastic day at our family's old farm in addition to a new toy and plenty of his favorite rawhide chews. Things have been going well on my end - extremely busy with my classes, work, everything else that life brings. I thoroughly enjoyed seeing all of the new photos that you had posted of Lance. He's such a handsome boy I don't think you could ever take a bad photo of him. My fiance and I still comment to this day on how gorgeous his markings are. How have you been? Are you on school vacation this week?

Ollie & Prie Misra said…
Ollie's new little sib is due in just under 2 weeks! She (or he if there aren't any girls or if there's a male runt) won't be home until the beginning of May but we're so excited! Hopefully Ollie will be at least slightly excited when it's time... he's kind of the king of the castle right now and knows it! ;)

Aw... we're doing okay over here, well... except that we lost our female Pembroke Piper to Lymphosarcoma on Monday. We knew it was coming though -- she'd been only given until Christmas, so she way outlived what the vet had expected. :) Sad week at our house, unfortunately -- I haven't had the heart to make a post about it here.

I hope things are well with you all, though! :) Lance, of course, is always handsome! :D

Rebecca Marie O'Bryan said…
hi Kristin and and Lance:) your welcome and thank you! i hope you have a wonderful day too!:)

Hi Kristin & Lance! Ollie and his mom have been very well and we're getting excited about Ollie's new lil sister -- another red/white PWC who is tentatively named Penny -- joining us in a couple of months! Aren't corgi pups the cutest?!

Hope you have a great day!