Can you help me name my pup?

Toby's getting a baby shiba inu sister next week and i wanted to know if anyone had any name suggestions for her? I was thinking maybe a Japanese name, and am kind of leaning towards Meiko...
any suggestions would be appreciated! =)… 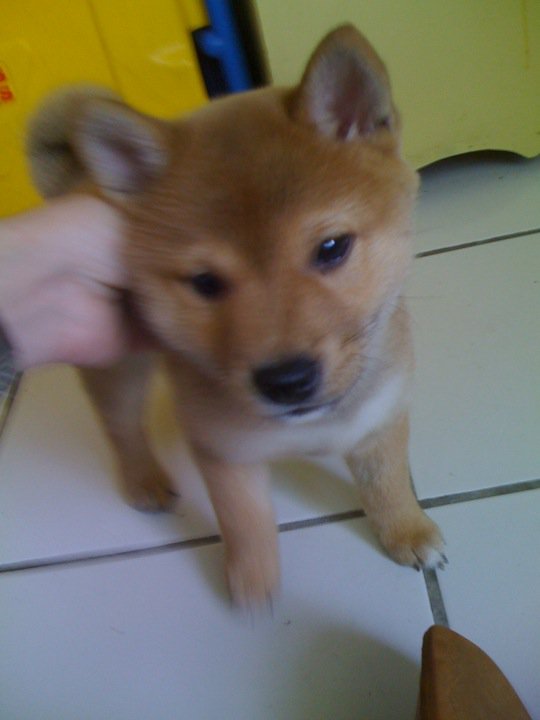 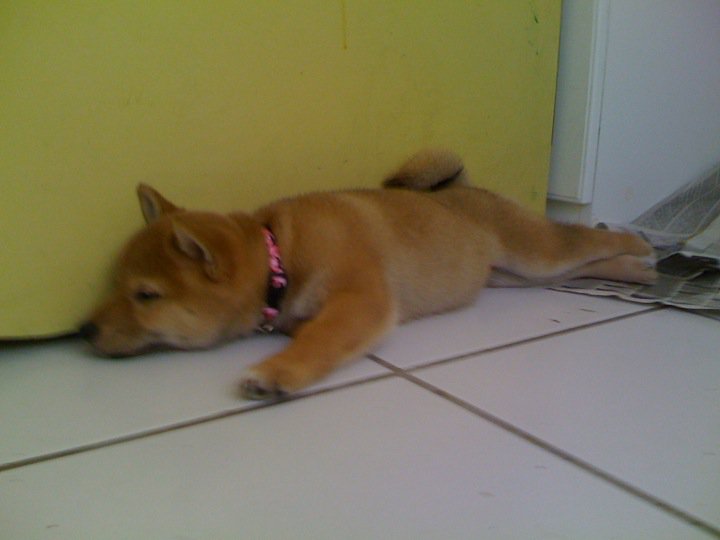 I took Stella to my parents' house today. They have a lot of land and not only did she get to chase tennis balls in their yard, but my dad took her for a walk along the entire property. She was very good and followed his commands off-leash. My mom also fed her tons of treats, as usual. When we came back she was REALLY tired. I thought I'd share this pic of her lounging out corgi style. :)… 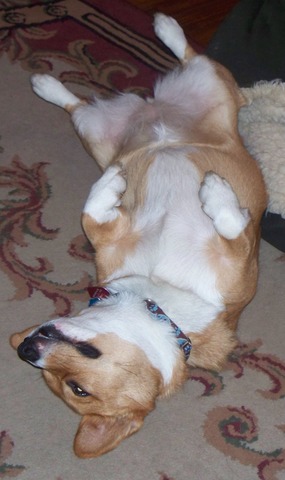 Is there such a thing as Black and White Pembroke Welsh Corgis?

Some other little quirks...

Bandit is mainly with my girls, he is so funny how he plays with them.
My youngest says he "pecks" her! I've seen him do it too. He jumps at her and jabs his nose at her! She gets this when they first come in and sit down. They run up and down the street together so they are wired but ready to sit and rest. He does it to my older daughter too and she complains that pecks her little sister more! He's so funny...
The other day I put my little bunny out to play in her playpen and there… Continue

3 months now! He's doing great! Not much of an outside pet though...

I had thought that because he was bigger than my chihuahua and the only way we could have another dog was to make him an outside dog.
We also had spent so much time outside that I figured he'd be with us alot anyways. My girls have adopted him as their "child" and it rained so much and was so warm on days that they brought him in so he wasn't alone out there.
I told them he'd be inside for bad weather days but he's like another toy to them. They drag him in, put him on… Continue

Well sorry for the year of absence, but I was very busy in my personal life. Jeep has been to a few shows and has done very well. He is in fact now officially a stud dog.

Also when Jeep was nearly one year old he got very very sick and nearly died. Luckily I had some education in animals and their diseases so I diagnosed the disease earlier than the doctors did. But I insisted he would be tested for the disease I diagnosed. Lucky for me they did and I was…

Warning, you will need your Kleenex for this one.

I've always known that animals grieve, but what an amazing video capture of the true depth of their pain.

Dh took Pixie Dust to the vet today,there are four little heads in there,at least. We are all so excited.

Well, I am very proud of my 6 month old considering we started this class 8 weeks ago she passed with flying colors and so in fall we'll be starting the next class. She would still rather play than listen but did do all that was asked! 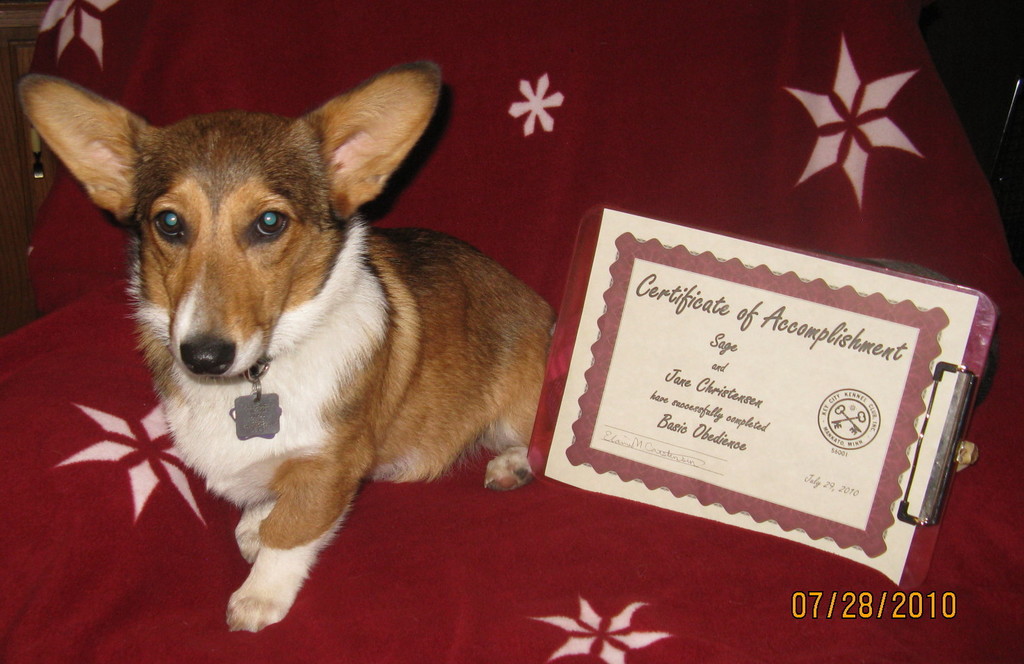 So not until recently Ace never once hiked his leg in peoples houses... now Ever since we went to my aunts house... if a house smells like dog Ace feels he needs to mark his territory! its so embarassing! I need help and i cant thin of how to get him to stop! He doesnt do it in our house THANK GOD! but we go to my aunts house and he pees!... yes her dog did it first but he doesnt need to cover ti up and Jett's smell isnt ANYWHERE.... i took him to my friends house and their pitt mix doesnt…

The Softening of Time...

My heartdog Shuffle's has been gone for 2 yrs now...My sweet nerotic, fear biting, the sun rose and the moon set around his Mom, never anywhere but at my feet boy... I'm thankfull that this year time has allowed me to remember my boy with smile's and laughter...Mom Love's you Shuff's 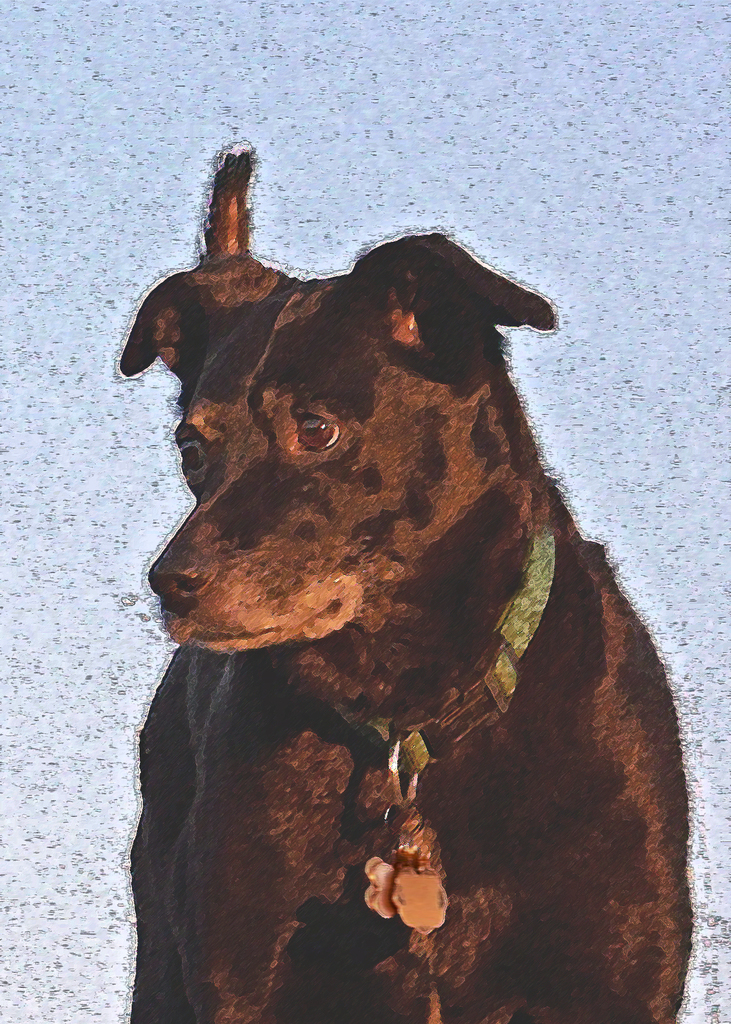 My new dog sink is finally in. All of my friends think I am nuts for the way I treat my dog the way it is but when I told them I was tearing out the garden tub in my master bath to put in a dog washing sink.... They think I have lost it. My dog before Quin was a Shih Tzu and I left his hair long so there was a lot of grooming. He would start to smell doggy after about 2 weeks sometimes I would push it to 4 but not very often. I don't care for a bath myself.…

I've been searching Craigslist for my girls' college textbooks and one particular book caught my eye. I wish one of my girls would take this class so I'd have an excuse to buy the book. How cute is that cover?

Last night Baxter had his first basic agility class. The trainer was really great. I'm not sure when we'll be heading back for a second class, but she was very understanding and gave us a whole lesson plan to work on. Here are the basics we will be covering:…

Nemo is chasing "herding" the cats around all the time

The only time Nemo isn't chasing the cats is if I have his attention, he is in his crate, eating a meal, or the cats are up high (in which case he stares at them and barks). Any ideas on how to help this habit dwindle?

What color do you think he will be?

I'm going to be getting a corgi puppy soon and I was wondering if anyone might have any ideas or opinions on what color he will be? Will he stay a black tri or will he go red/blonde? I know it's not a for sure thing but I would still like to hear peoples opinions. :)

I felt a bit irritated?

I like reading conversations on Corgi-L and find a lot of it is insightful. Some of it is just downright irritating though, especially this response to a conversation I read.

> long enough for me to notice that the pups had…

What to look for


Thanks everyone for the welcome.
Can someone tell me what things I should be asking a breeder in my search for a Corgi puppy? I know they can be prone to hip displaygia as well as Von Wildebrands disease and there should be a vet check, as well as a health guarantee? I was contacted by a breeder in Loudon NH. Has anyone gotten a dog from here? I know parents should be on premise as well? I work for a vet and know how many things that can be a problem that people do not expect. Thanks… Continue

My regular vet called today and suggests running a bile test on Sally to test for the shunt. It's actually a pretty simple blood test, and I'm hoping it will give us a better idea of what's going on.
In the meantime, Sally is begging to run around and play, and doesn't understand why I won't play with her. I've bought her a ton of chew toys and the like to try to distract her and keep her occupied until she has the go ahead to run run run.