Last year, I put together a corgi calendar featuring corgis that have blogs. 100% of the profits went to the Lakeshore Corgi Rescue! It was a great success, so of course I held the contest again this year!

The 2011 calendar is now available to purchase at these locations:

He started off a little shakey.. 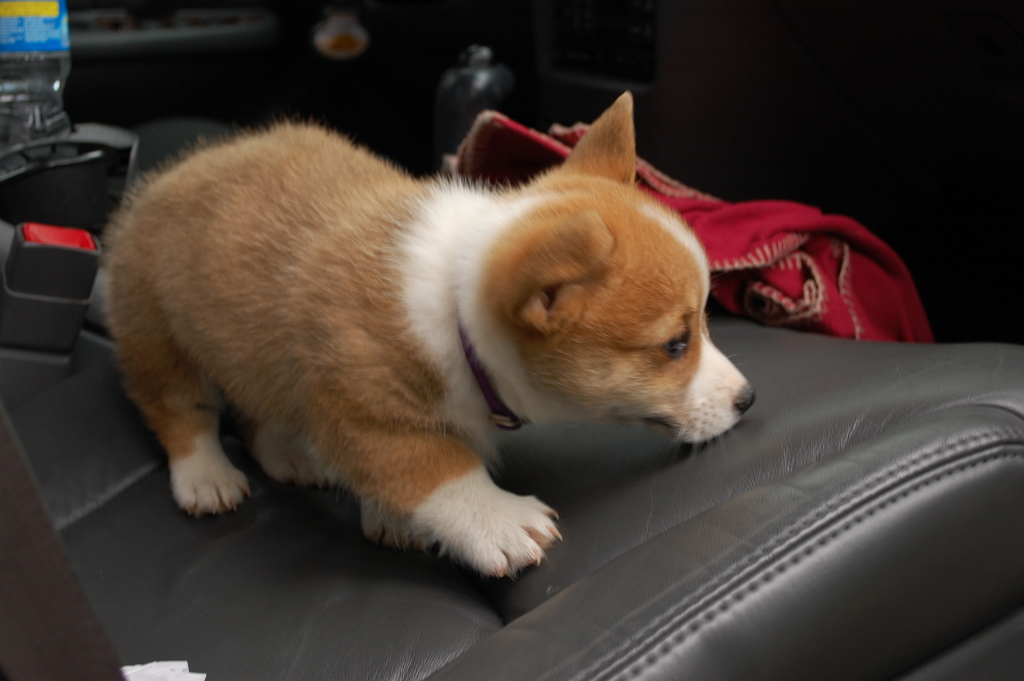 ..but eventually settled right in at our home. 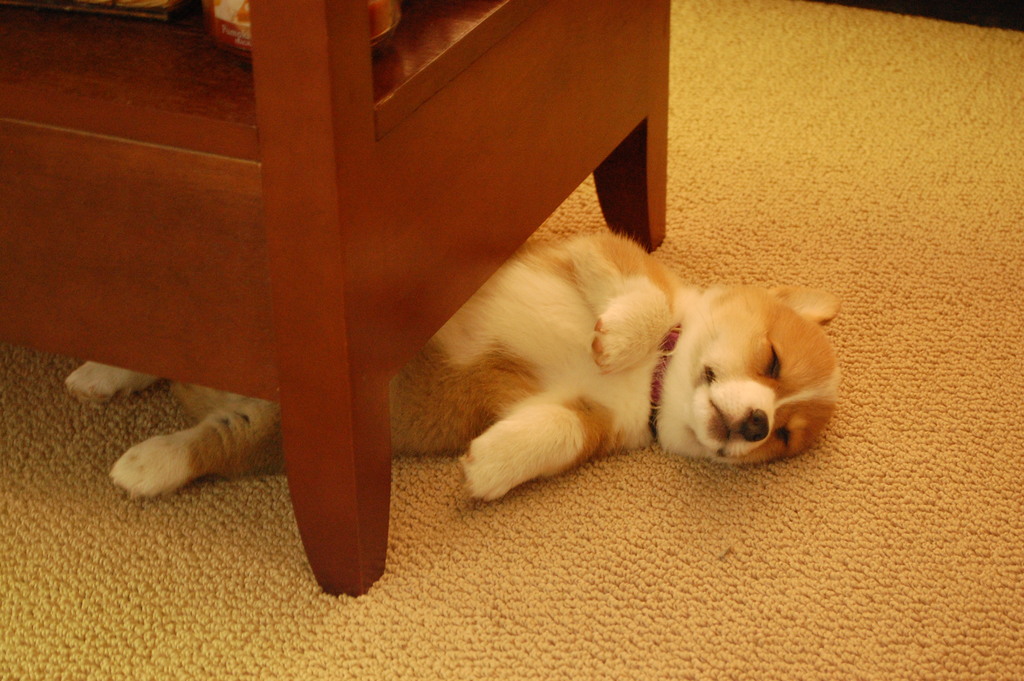 He got cuter by the minute.. 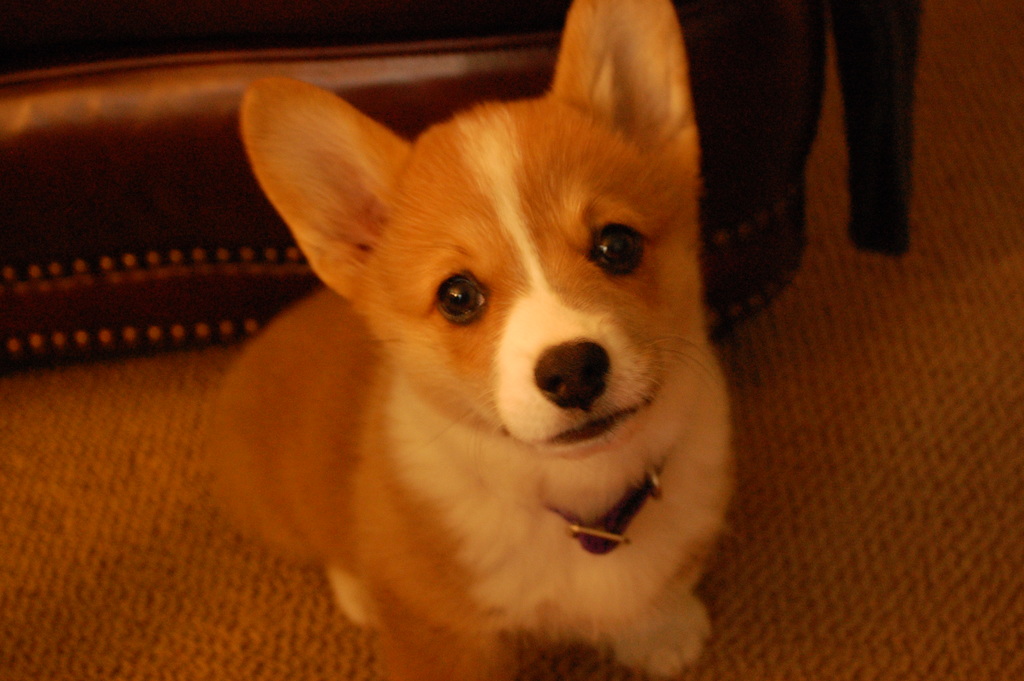 ..and we went on grand adventures. 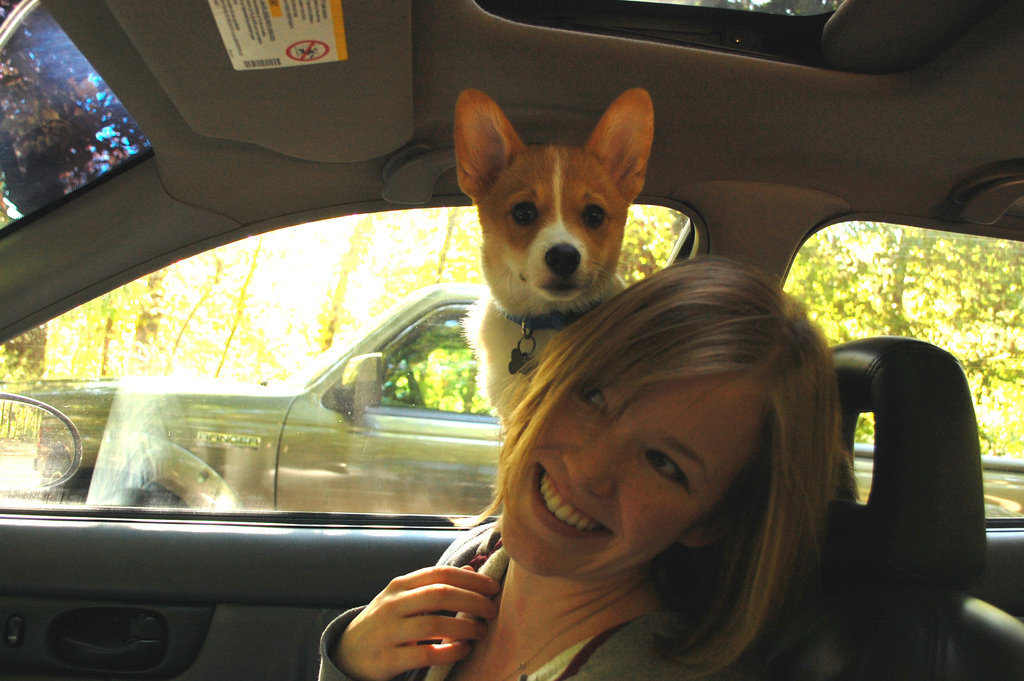 He kept growing and growing.. 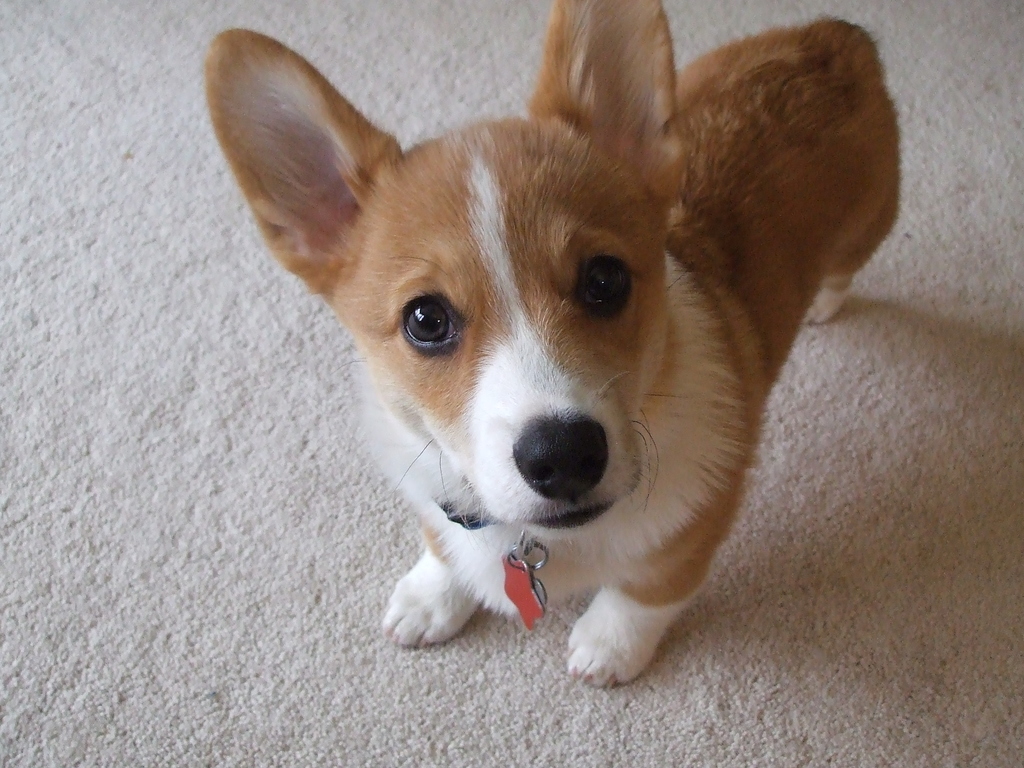 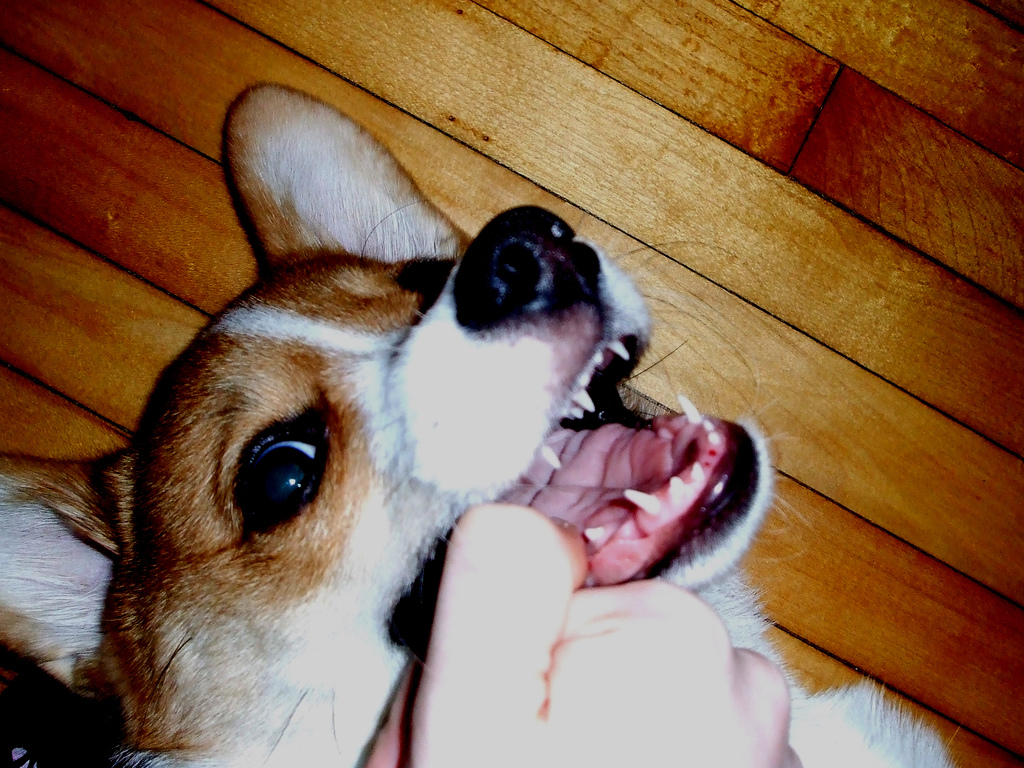 He passed obedience with flying colors.. ..and helped us celebrate the…
Continue

corgibutts.blogspot.com is having a giveaway!

Please check it out here: Corgi Butts Giveaway! You can win some cute stuff like this:… 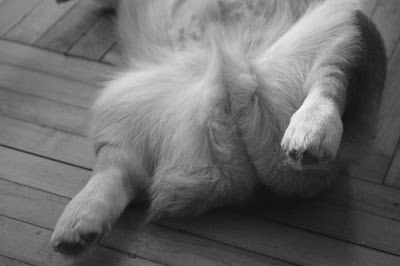 Tonight, I take my puppy to the vet. To stay there. For almost 24 hours.

Tomorrow morning Gibson gets neutered. He has to get bloodwork done tonight and then they need to keep him overnight to make sure he doesn't eat or drink anything I guess :( I'm so anxious about this! I just know Gibson is going to freak out w/o me there tonight. I've been trying to look on the brightside. It will be like a little vacation of no puppy… Continue

Well, we're finally back from a long Thanksgiving weekend. My little family went to my parents on Thursday (hour and a half drive), stayed there a few days and then traveled down to my husband's aunt's house on Saturday (2 hour drive) for his family's Thanksgiving. Gibson faired pretty well the whole time, but I did learn that he gets overwhelmed by loud noises and lots of people pretty easily. I guess he's used to just hanging out w/mom and dad at home. He also has a hard time taking a nap at… Continue

My little Gibson is 20 weeks old now, and finally done w/his puppy vaccinations! Yay! Our vet appointment was last night, and he did so well. The last time we went (5 weeks ago), he was such a little jerk! He kept biting the vet. She had to bring in a 'handler' to give him his shots..and then that weekend he bit my mother-in-law when she was picking him up! It must have been a short phase though.. Since then we've passed obedience and he's been socialized a bit more.. This visit he was a sweet… Continue

Gibson's collar has been an issue lately. Before we started obedience class, he wore his collar all of the time, and I thought he looked adorably handsome in it. Well, when we started class, he barely wore his collar, if ever, because we used training collars for class, which he would have to wear every time I'd take him for a walk to practice. So, I've gotten used to Gibson walking around the house 'naked' all of the time and being able to pet his neck and see his beautiful mane (which was non… Continue

So, drumroll please............we passed! Woohoo, my little puppy passed basic obedience! And not only that, he got 1st place, the highest scores in the class, which even beat this pitbull that was showing off and doing everything off-leash!

To start from the beginning.. We got to class and were the first ones there. We were wondering where everyone was and then remembered that the trainer said that we'd 'perform' in the order that we showed up to class.. Oh great, so Gibson has to… Continue

Well, we have 1 week til basic obedience graduation and I'm a little scared. I really don't think Gibson is going to pass! He is the youngest kid in the class and he's learning everything, just a little slower than the other dogs.

Last night in class he really just wanted to play the whole time and kept trying to play w/my feet and "growl" at me when we were walking... and then we did a long 'stay' where we had them sit at one end of the room as we walked to the other, and then call… Continue

So, I decided to start a blog called corgi butts! I will still keep you updated on Gibson here, but I will be posting more often over there w/lots of random things. My grand plan is to open a cafepress shop w/the same name that will feature the little butt graphic I created w/all the different colors of corgis (along w/lots of fun corgi sayings and catch phrases of course). Anyways, I hope you'll visit me over there! Thanks!…
Continue

Welllll...... Gibson sleeps in bed w/us now *whoops*. He has just been so good this past week, and me and my husband decided to let him in bed w/us Friday night. He was so cute, he just plopped down at the foot of the bed and fell asleep :) He still did not wake me up in the morning, just waited for me to get up like he does in his crate. The next night he got up and started kissing us on the faces and tried sleeping on our pillows, so we put him back in his crate..but he slept w/us again last… Continue

This past weekend my husband and I took Gibson to a forest preserve to do some hiking! He absolutely loved it, he's definitely an outdoors pup :) He loved going down this hill to see the river. He got so excited and started frapping all over the place. I would've let him go in, but I forgot to bring a towel and we brought the car w/leather seats, whoops! I think his FAVORITE part of the whole thing though, was meeting random people. I swear, he just loves meeting anyone new and having them tell… Continue

Gibson is officially 3 months old today! He has had an exciting few days.

This weekend, I took him home to my parents (my parent's house has always been known as "Disneyland" to other kids and dogs because of their big back yard, pool, lots of fun toys my dad would make, etc., and it's surrounded by woods) to play and meet some new people. I took him to a party down the street at a neighbor's house, and he got to play with a huge american bulldog and some kids. There was a little 3… Continue

Well it's been confirmed: Gibson is a bit of a tub. We went to the vet last night and when she was examining him, she said, "look at the round little belly, you must have just eaten huh?" Uh oh. No, Gibson hasn't eaten since lunch time (the appointment was at 6). She said he was a little "portly" and I should not increase the amount of food I give him for awhile. I was feeding him 1/4 of a cup three times a day, but then I increased it to 1/3 of a cup three times a day after reading that some… Continue

My Gibson is 11 weeks today! He's getting so big..I swear he goes in his crate at night and comes out a different puppy :) And he's looking...chunkier? Is this normal for growing puppies? Everyone is commenting on what a chunk he is (maybe because he waddles), but I know I do not overfeed. The area around his neck especially, but I think that might be normal for a corgi? In any case, he's adorable. I'm seriously excited to see how he will look when he's an adult. I know a lot of people want… Continue

So I thought Gibson was an allstar at crate training..but yesterday I started smelling pee when I was sitting on the floor next to his crate, and today it was really bad and he stunk of pee! So I decide to investigate his crate and there it is under his bedding, a nice wet spot...and after pulling out his bedding I notice a huge stain on the bottom of it! Ugh! He does not cry or whine at all when he's in there. It's a very small crate too, I even thought be too small. Why does he think it's ok… Continue

Well, little Gibson has had quite the week! He's still doing fabulously with the potty training and crate training..and learning a few basic commands (sit, stay, lay down). He can be a little mean at times though, which worries me, even though I know it's just the way he plays. He will herd us and run up and growl at us and bite at our feet..we've tried lots of techniques to get him to stop but nothing has really worked yet. So, today I sent in registration for puppy obedience at our park… Continue

Gibson is 9 weeks old today and he's been with us for 10 days!

He is still doing really well. He can be a brat, but is a good learner. He already knows sit, come, lay down, and his name (although I think he thinks his name is 'good boy!' too). We're starting to work on leash training, but I think the leash we bought him is too big/heavy. I just can't wait to take him on walks to work off some of his energy and stimulate him with new things. I also tried to put a dog tag on his collar… Continue