Today, Skiski, Ziggy's kitty cat brother, made his way over rainbow bridge with the help of some very nice vets. 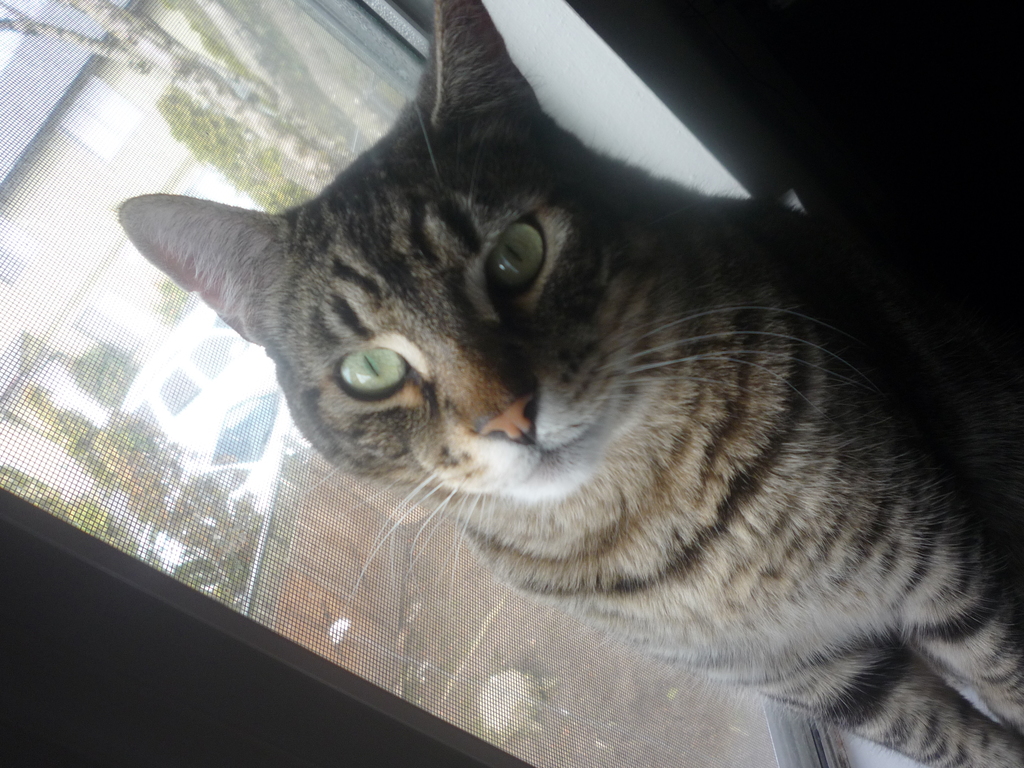 The problems started showing themselves the day before yesterday, and we got him to the vet as soon as we could. After grabbing Skittles' tummy, he let out a loud shreik and the vet told me, "I'm going to be blunt with you, very blunt, he needs to be put down." and that was it. 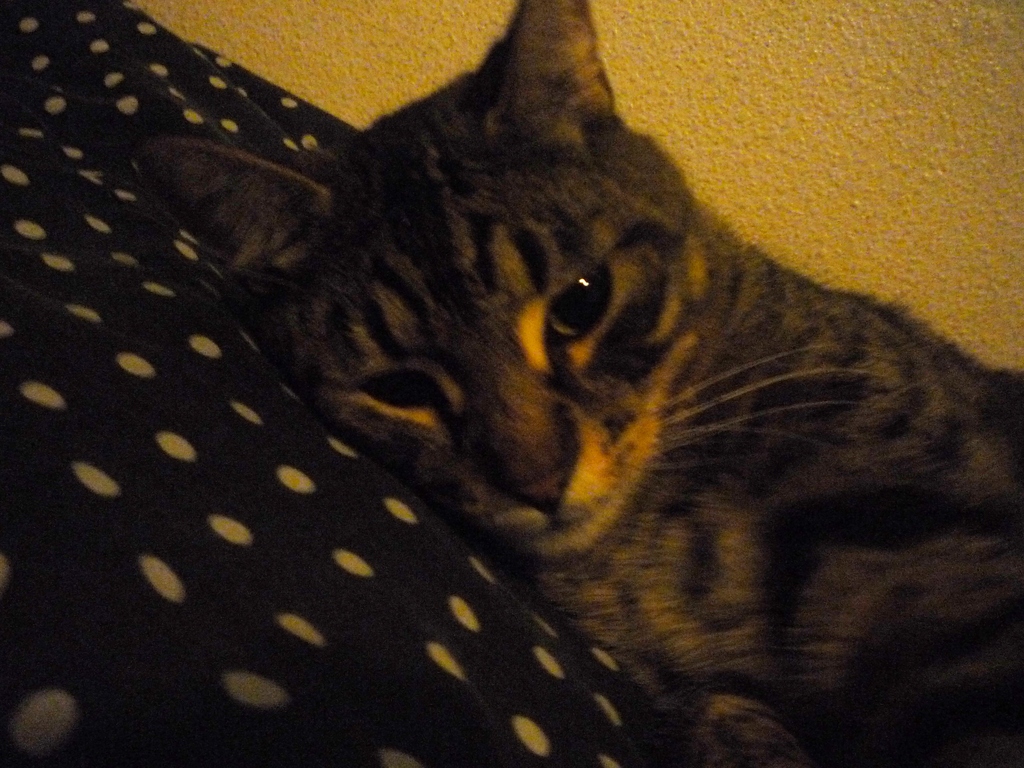 I regret losing him. He was my best friend. He nursed my ear lobe as a kitten. He would wash tears of my face with his rough, pink tongue. We would talk to one another, and for once, I wasn't worried about what others thought of me for doing something out of the norm (yes, I would meow back and forth with him for ten minutes at a whack!) He would pounce on and hug my legs, sit outside the bathroom door and meow for attention to annoy me, only to prance away like a princess when I was out. 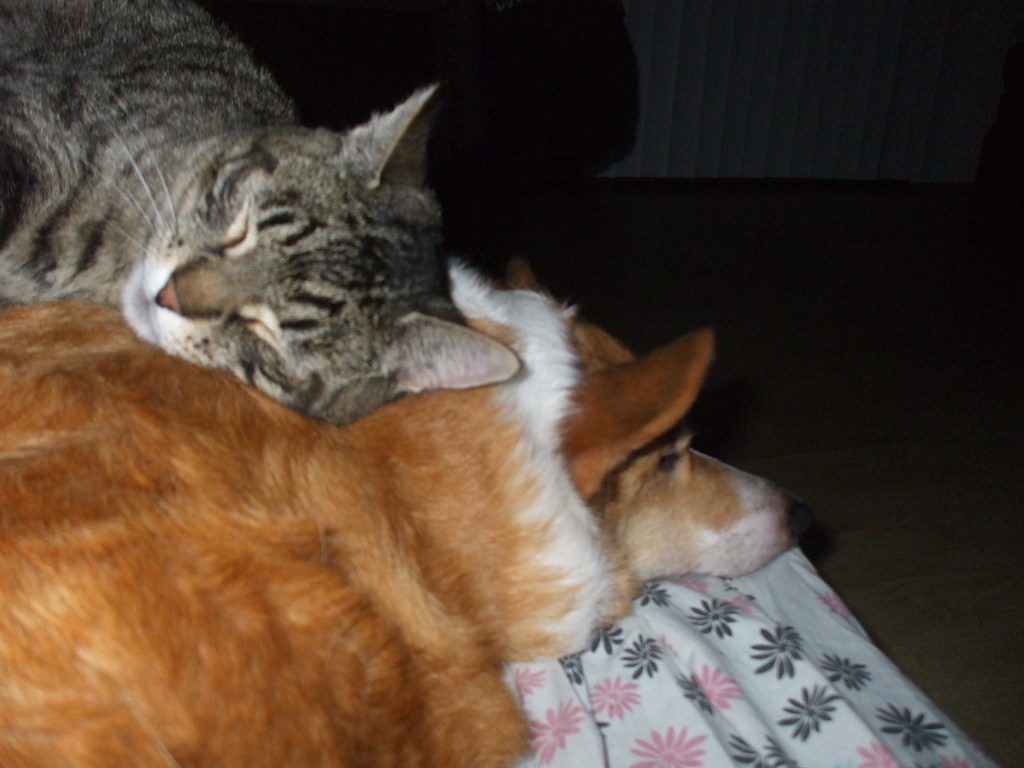 I regret not giving him tuna before heading to the vet. I regret keeping him indoors for his last while of life. I hadn't meant to. I had expected for him to be around for years to come--he wasn't even three yet! I would have just let him out if I had known. I regret not paying more attention to him, not spoiling him more, not giving him the belly rubs he adored before it was too late. I regret a lot of things, but I hope one day I can come to terms with them, that I won't always feel guilty, I don't think Skiski would have wanted that. 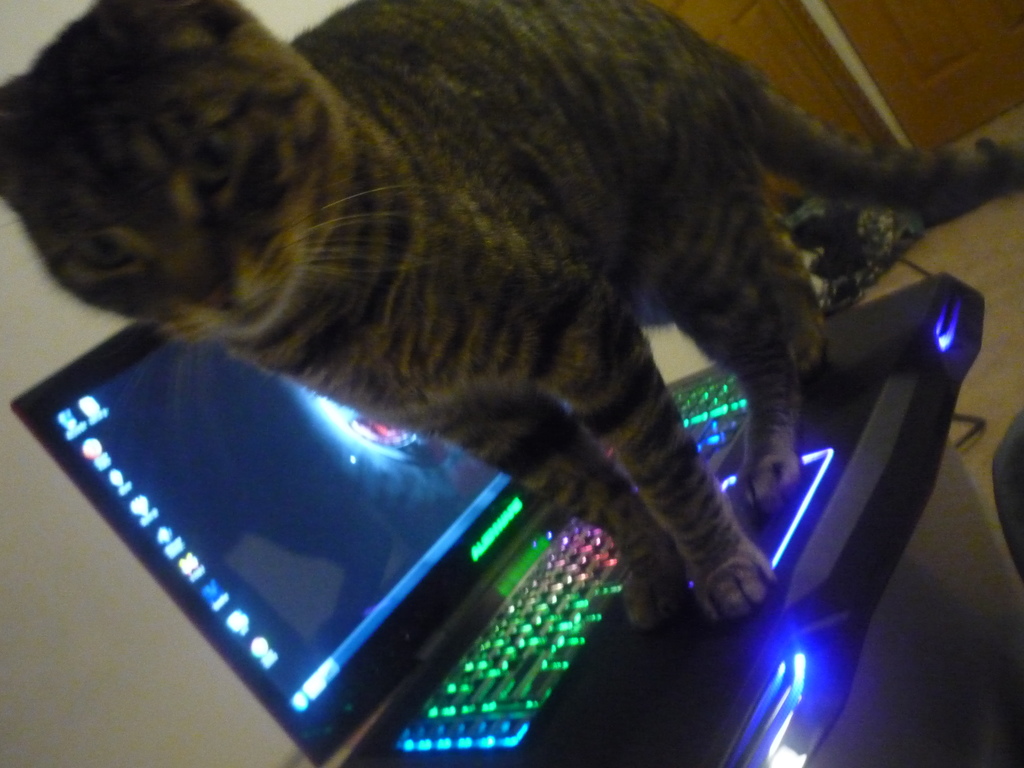 I stayed with him while they put him to sleep. It was quick, like the vet promised. Thirty seconds tops, is what he said. I don't think it was even close to that long. It didn't feel like it. He was gone quickly, the vet gave me a slight side hug, apologized and told us to stay as long as we wanted. We sat there petting him for a good minute before it actually struck me as this was it. He's GONE. I still feel extremely sick. But we still stayed and I pet him until his paws were cold. Kissed him on the head, took the fur that had been shaven off of him, and we left. 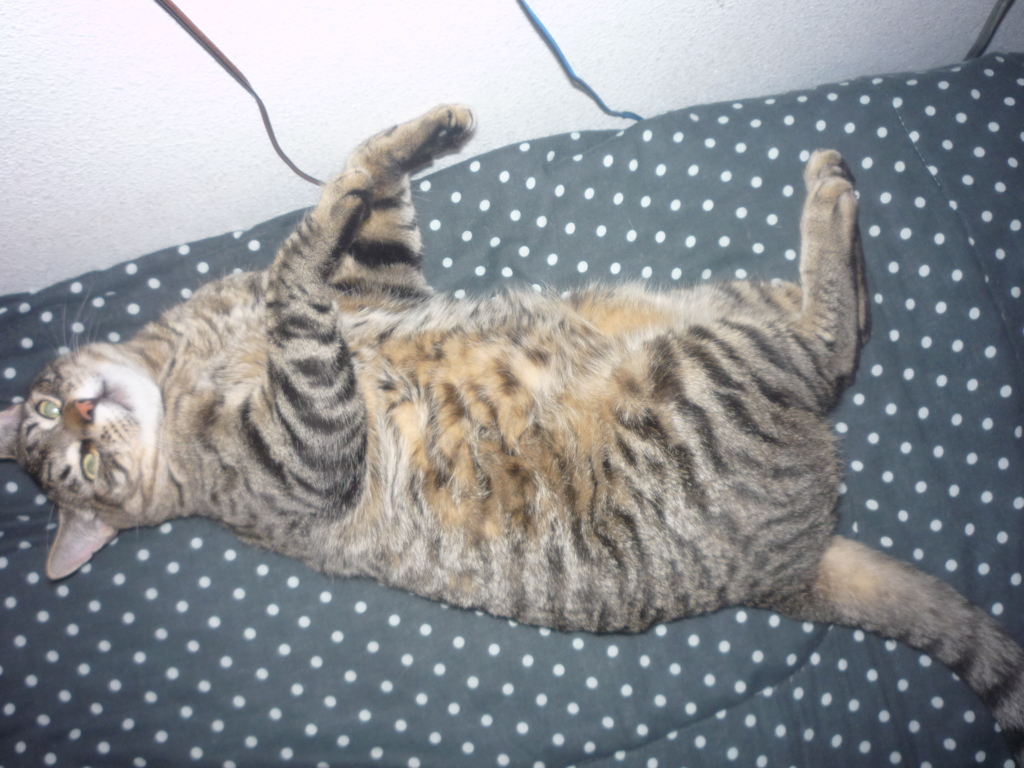 My grandfather had driven us there, and I cried about halfway home before he couldn't take it anymore (kinda comical how uncomfortable he is with emotions) and took it upon himself to bring up politics. Yes, politics. But it was actually nice, it helped take my mind off of it some. 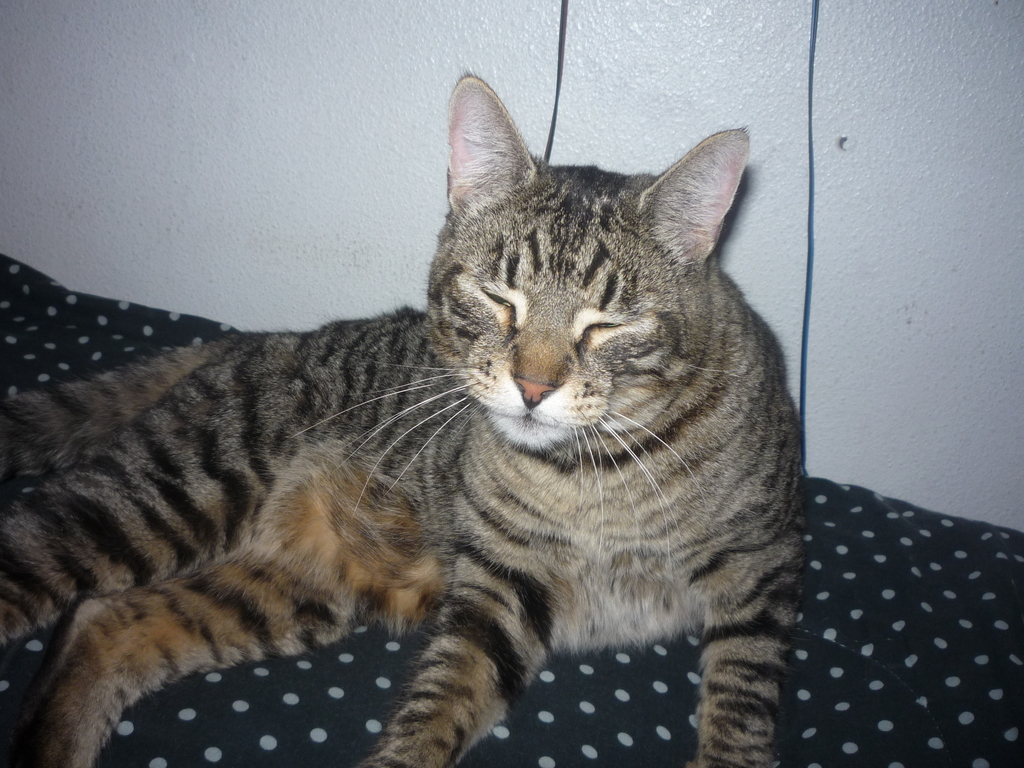 Right now I feel like I can't handle this. I feel like it can't be real, I just want to wake up and know that it was all a bad dream, and Skiski is curled up next to Ziggy at the foot of the bed. He was a bit like therapy for me. My grandparents had always tried to get me in it while I was little, and I never accepted. Then there was Skiski, and I could talk to him without judgement, I could cuddle him and not feel self conscious, and he always wanted to be with me. He meant much more to me than a pet. I hope that somehow, some way, I do get to see him again someday. 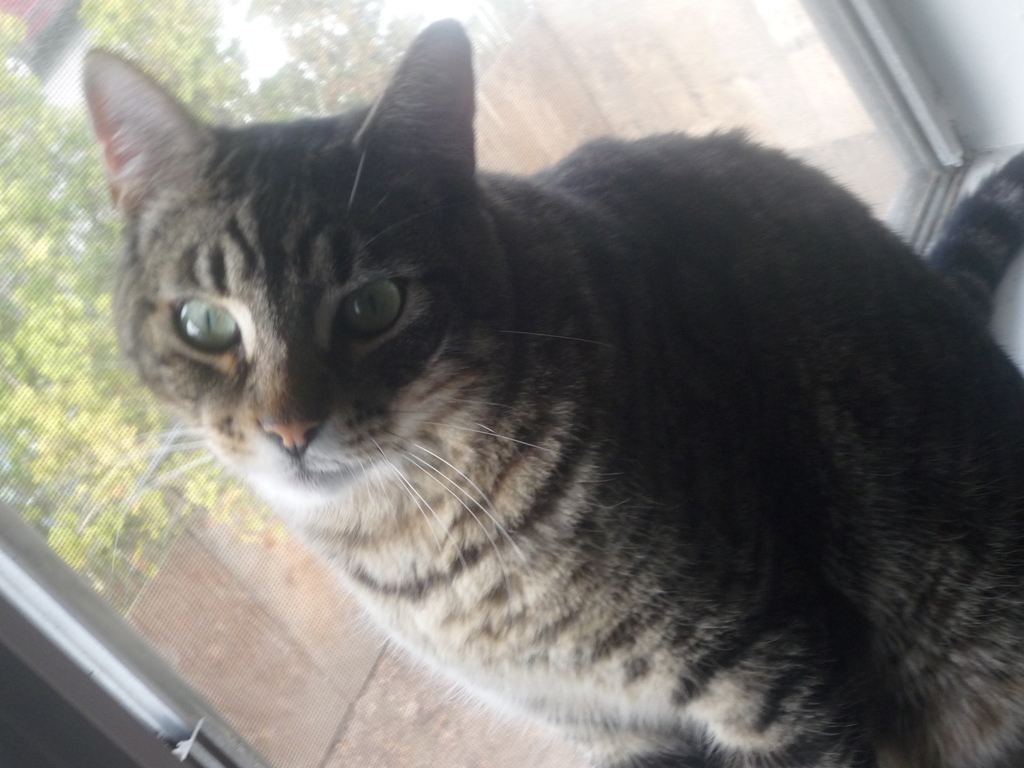 I love you Skittles. I wish it had been me rather than you, you mean the world to me and I'll never, not for one second forget you. I've never met a cat as amazing and lovable as you.

Going through old emails, I found that I never answered you, Sidney.

He had a blockage in his bladder.. We had no clue, he showed no signs until that night. Sigh.. It really amazes me that this still gets to me so bad.. You would think that I would have gotten it through my mind by now, but sometimes I still expect to see him:P Thanks for your words.

I'm sorry to hear...This wasn't exactly the news i needed to hear getting back on mycorgi :*( I can't imangine the pain you are going through.

Did you ever find out what was wrong with him?He was young so it's kinda wierd something like that would happen.

I was reading your post and my heart was just aching and i almost burst into tears.

I'm sorry for your loss...Yo are in my prayers

Thanks everyone. It's been getting harder to deal with.

I've been doing my best to act normal, and not pay much attention to it, because I feel it is all I can do. Of course, it still is there, and I can't help but turning into a blubberhead. The bathroom and the living room are the hardest rooms to deal with. The living room because it's where he spent all his time. The bathroom, because he curled up inbetween the tub and the toilet to sleep that last night.

His food dish, still full, is still out, along with the mug of water I gave him (he preferred to drink from cups than anything else) and it's making me miserable. I want to put it all away but I can't get myself to. There's tuna out on the porch, where we put it out for him yesterday so he could enjoy the sun. At that point, I hadn't thought it was anything serious, so I take it as a major blessing he at least had that. I also had brought Skittles a can of wet food that he got to eat in bits over the past week. And some kibble type soft treats that he was in love with. I feel better thinking about that, at least he was getting some special nommies leading up to this awful event. I just wish I would have been able to prevent the pain that had been causing him to scream all night before we went to the vet.

The house feels so empty it's scary. Let's face it, with Ziggy's insane amount of lazy, he doesn't add much character, he's more of the cutest bed decoration on the planet than a dog:P But it's nice to have him all the same and, in fact, I don't know how I would deal with this situation without him.

I miss Skittles more than I thought I could miss someone.

So sorry to hear, he sounds like he was an awesome cat.

Oh, I'm so so sorry for your loss...  I hope Ziggy will be of some comfort to you.

Skittles was lucky to have you and he lived an awesome life because of it. We will miss him! good bye for now but not forever skittles..

Comment by Sandy Stickney on May 8, 2012 at 9:06pm
Hey Kymii, I am so sorry for your loss. Don't be so hard on yourself. I am sure Skittles had a great life, and it's always easy to second guess yourself, so try not to. Hugs.