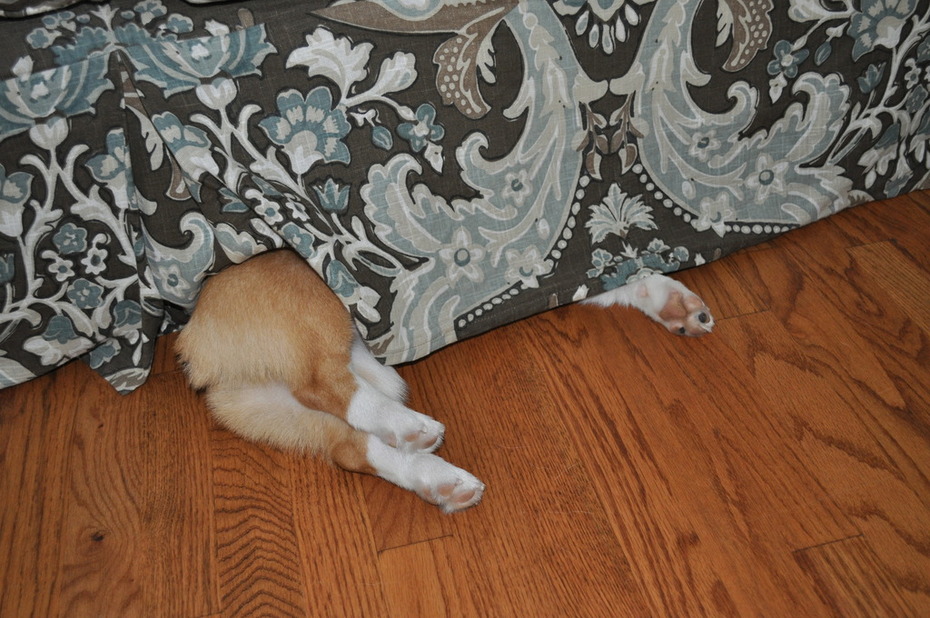 Oliver's a big dreamer.  He's done it since he was about a month or so old.  He almost looks like he's on his side dog paddling and then makes these mini woooo, wooo sounds.  He does it at least once a day.  Awwhhhh yeah, the sound that he makes when he stretches after a nap.  Bum in the air, head on the ground and then almost like he's howling at the moon but not as loud and more of a aarrroooohh.  What's it like to have THREE??

Comment by mia, herky, & kim on September 9, 2011 at 9:47am
They don't make a whole lot of noise when sleeping and a few times they have looked like they are dreaming (maybe finally catching that squirrel?).  I usually try to wear them out so Herky will flop down, turn on his back and be OUT.  Mia will usually either lay by him or hide her head under something!  I love when they wake up and stretch and make that funny noise, I don't know what to call it.  We are working on "no barking" so thankfully none in their sleep!

He makes me laugh when he does it.  That's the couch that's right in front of the TV and I think he wants to stay near me but doesn't like the light and sound during his nap!  Cracks me up.

He also snores, barks and runs in his sleep too!  How about yours?