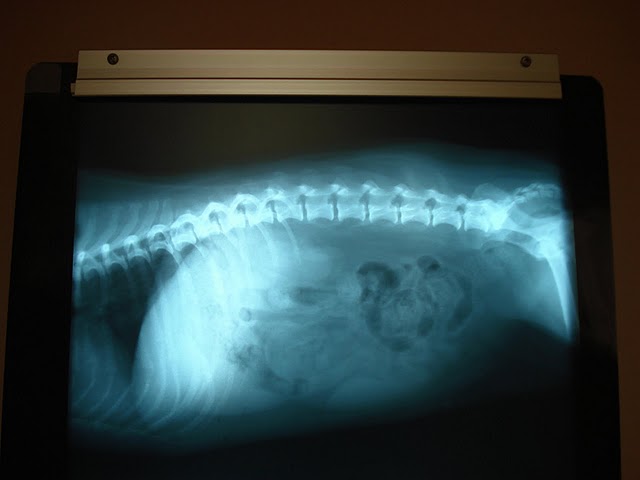 Maggie was staying at my parents' while we were away one weekend, and she ate through their dog's bag of dog food...she ate a little too much and became bloated and gassy. Took her to the vet, where they did x-rays to make sure nothing was blocked up. She was fine - the black parts in her intestines are gas and the white shadowy mass is undigested food. They gave her an injection of Celenium (sp?) to quiet her GI. She was fine by the next day and about 7 bowel movements later!