And the "diary" continues

He is exactly 3 month old today :) been taking him out to potty since he got his shot. hes doing pretty well, although he doesn't seem to be into walk too much. he will walk ONLy with me, with other people he will just flops down right away and refuse to walk. with me that only happen occasionally.

He doesn't seem to care much for other dogs, I notice he tend to play more with females, at least he is not being aggressive to them.

He started an annoying habit to bark for attention, usually I ignore him when he started barking. but this becomes a problem when I bring him to the office. will need to work on this later.

(though he sometimes grumble or try to cheat)

halfway through: stay, up, rollover, leave it (for tissue and fabrics), fetch, take it, give me

* he HATES clipping nail. especially on his front paw, he will bite hard. back paw he whines but tolerates.

* getting used to brushing

* quite used to being pets, now seem to love it a lot! 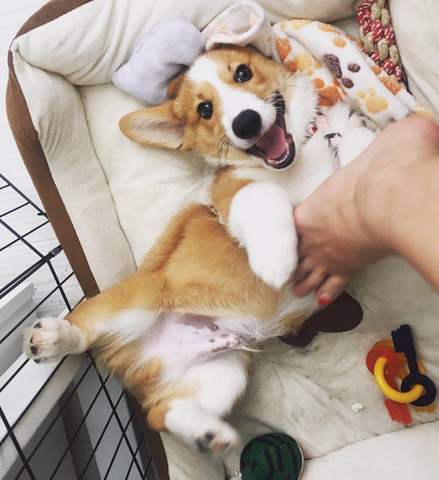 * seems curious with kids though I do not let any toddler/kids held him yet, too wary of that

* not barking at vacuum and hair blower 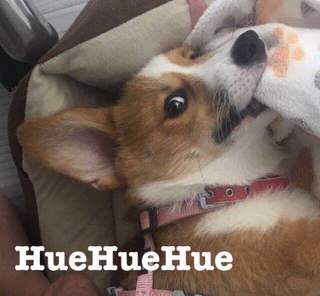 I felt he is my blessing. I am way happier, I walk more, I wake up early and go to bed on time. Thanks God he doesnt herd or nip at our feets. and most importantly my and mu hubby phone is full of his picture now :)

Thank for the kind words beth <3 working on the grooming, he pulls out a huge drama when I take him to the groomer, so now trying to get him used to hair dryer

Sounds like he is doing great.   Keep up the good work and remember to keep training short and fun.