In January of 2011 I made this post - http://mycorgi.com/forum/topics/sunnyd-needs-elbow-surgery-fcp.  We went through with the surgery and everything has been great since then - until Saturday.  We noted SunnyD limping and then she refused to walk.  After several hours we took her to the vet and they did xrays.  Nothing stood out though there was some evidence of arthritis.  This was Saturday and we figured we would see a specialist on Monday.  Our vet gave us a painkiller and an anti-inflammatory.  Within a day SunnyD was herself again and everything seems just fine.  We will continue with the anti-infammatory.

I'm not really sure if we need to see the specialist yet though I am confident we will have to do so at some point in the future.  I just had two knees replaced after more than a decade of medication and physical therapy due to decades of arthritis so my experience is from human perspective.  Ie. it seems like since she's feeling much better and running around she's probably ok for now.  The NSAIDs served me well and is there any reason to think it's not all she needs for now?  We spent $4,000 on her previous surgery and would do it again if needed but really would prefer to put it off as long as possible if she can continue to be active as is. 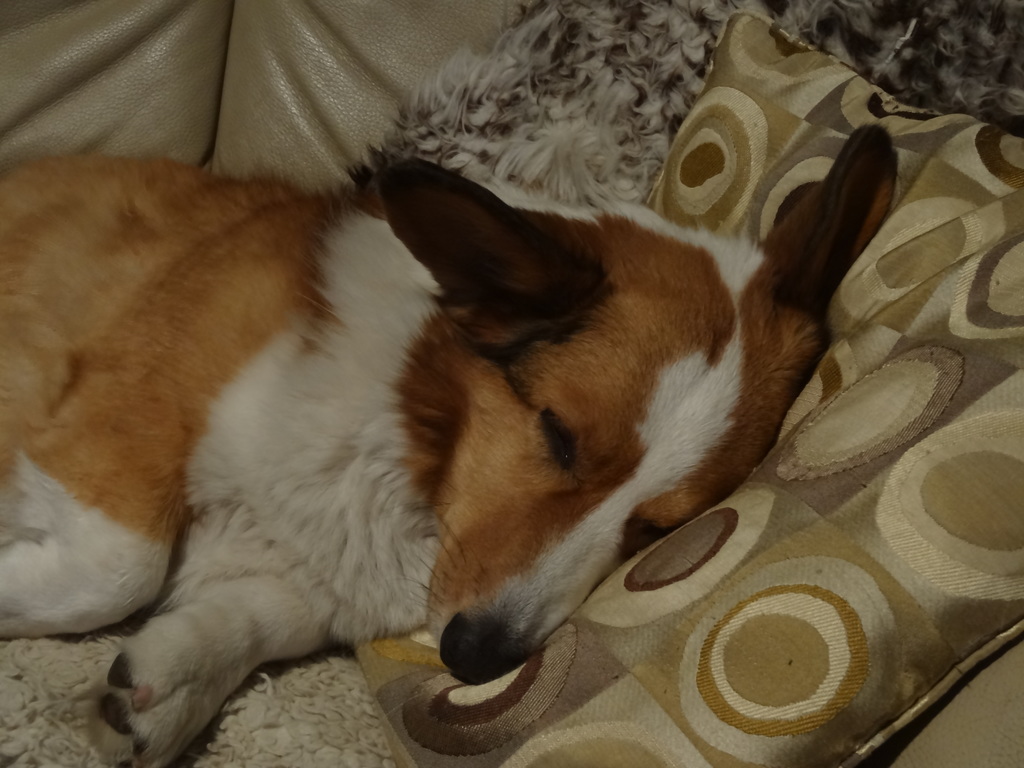 I'm making this post with the hopes of hearing from others with similar experiences and their results.