Sept. 2-4, 2011, Al and I hiked the very rugged & remote Louis Creek High Route from Little Giant Pass to High Pass and Buck Creek Pass in the Glacier Peak Wilderness.  This is an off-trail basic mountaineering route, parts of it quite steep and arduous, quite ambitious, not a trail hike.

Near High Pass, a passerby reported seeing two women at Buck Creek Pass with what he described as a tricolored corgi, headed for the Louis Creek Route in the opposite direction(!!).  We shoudl've crossed paths, but I never saw them.

If I'd seen another corgi walking towards me up there on the left edge of nowhere, I'd have thought it one of those flashbacks they said would come.

Later, another passerby reported seeing them, but one had fallen ill and they had to go back (what a shame, a wonderful time and place).  If this is true, Al & Gwynnie's doppelganger is roaming about the Washington Cascades, and we want to find this kindred spirit.  Maybe swap dog brags.   ?????

Permalink Reply by Teresa Gilpin on September 8, 2011 at 5:33pm
Aahh, the mysterious corgis..!

Permalink Reply by Sylvia & Timmy on September 8, 2011 at 9:09pm
John, you might run into Kathyl from cool2bcorgi. On that forum she discusses her quest to find the famous Al. Don't know if she's the one but she has been aspiring!

Permalink Reply by Kathy Losacco on September 9, 2011 at 10:00am
It is not I.  Although I do aspire to reach the heights of Al,  I am but a mere babe in the woods. I have no doubts that my corgi could do this and thoroughly enjoy it, he is limited by me and his pack dog.  Last year I was doing 4-5 mile hikes.  This year I am up to 10-11.  Never spending a night in the wilderness. I think I have another couple of years to go to get there. I have a dog(not a corgi) that knows when it is getting close to dinner and begins the descent with one thing on her mind-getting back to the car and home because dinner is served at 5. Now I know to be on the lookout for another tricolor.  Corgis do hide in the rocks though, don't they? 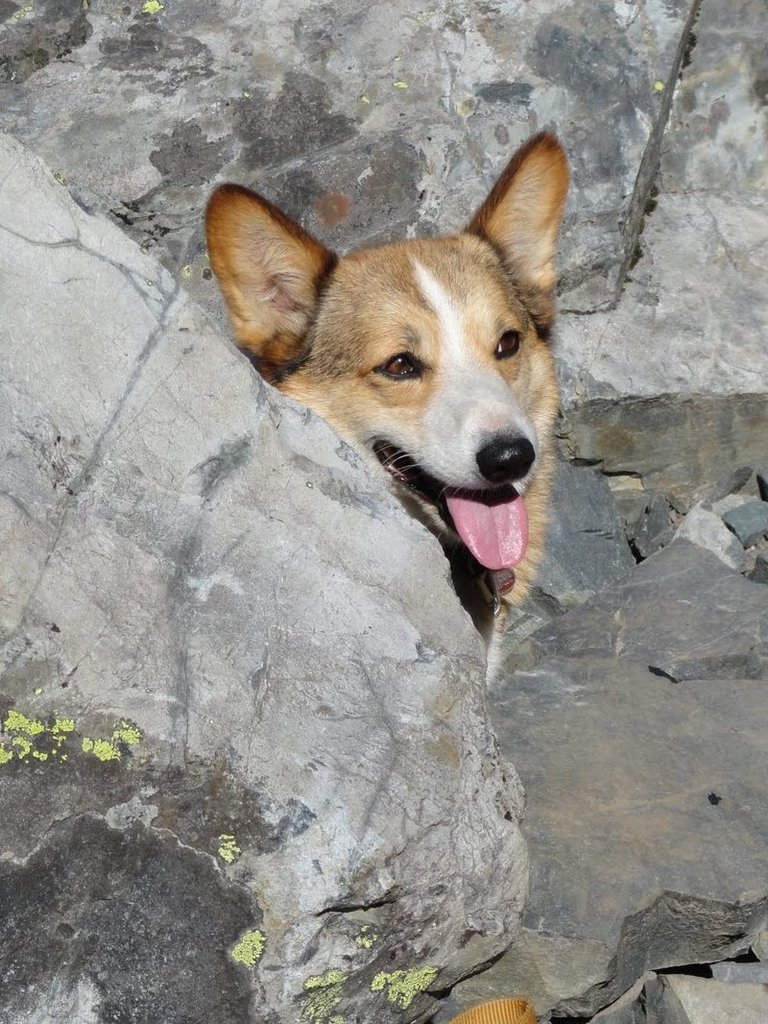 Mystery resolved!  It was Sumo, a Swedish Valhund.  I got to meet him a few weeks ago.

Permalink Reply by Ivy on September 14, 2012 at 10:36pm
So fun to hear of your adventures - Ein and I hike outside Olympia and am always looking for new places to go. Go tri corgies!