Why I flag the dogs in the woods

I was 15. Something was moving in the grass. Already wary because my brainstem subconsciously recognized that a grouse never gives itself away, I drew a bead on the waving grass, waiting for a clear look ["REMEMBER, Son, you NEVER EVER EVER shoot at anything you can't clearly see!"] I was already making a mistake: you don't even point a gun towards anything you can't clearly see. I can't remember whether my finger was near the trigger (it should not have been) when I saw Frisky's tail wave above the grass. Glad I didn't learn the hard way. My training could have been better, but it was adequate that time.

Fluorescent safety orange -- standard for hunters' clothing -- on a dog, says, "Not a fox! Not a skunk! Not a badger! DON'T SHOOT!"
A corgi is not the sort of animal hunters expect to see in the woods. I can imagine a corgi being mistaken for a fox, skunk, badger, ground hog. I have encountered people -- I wouldn't call them "hunters" -- shooting marmots, just for fun apparently, might not even have been hunting season. In some states, foxes are considered vermin, unprotected year-round. See below: 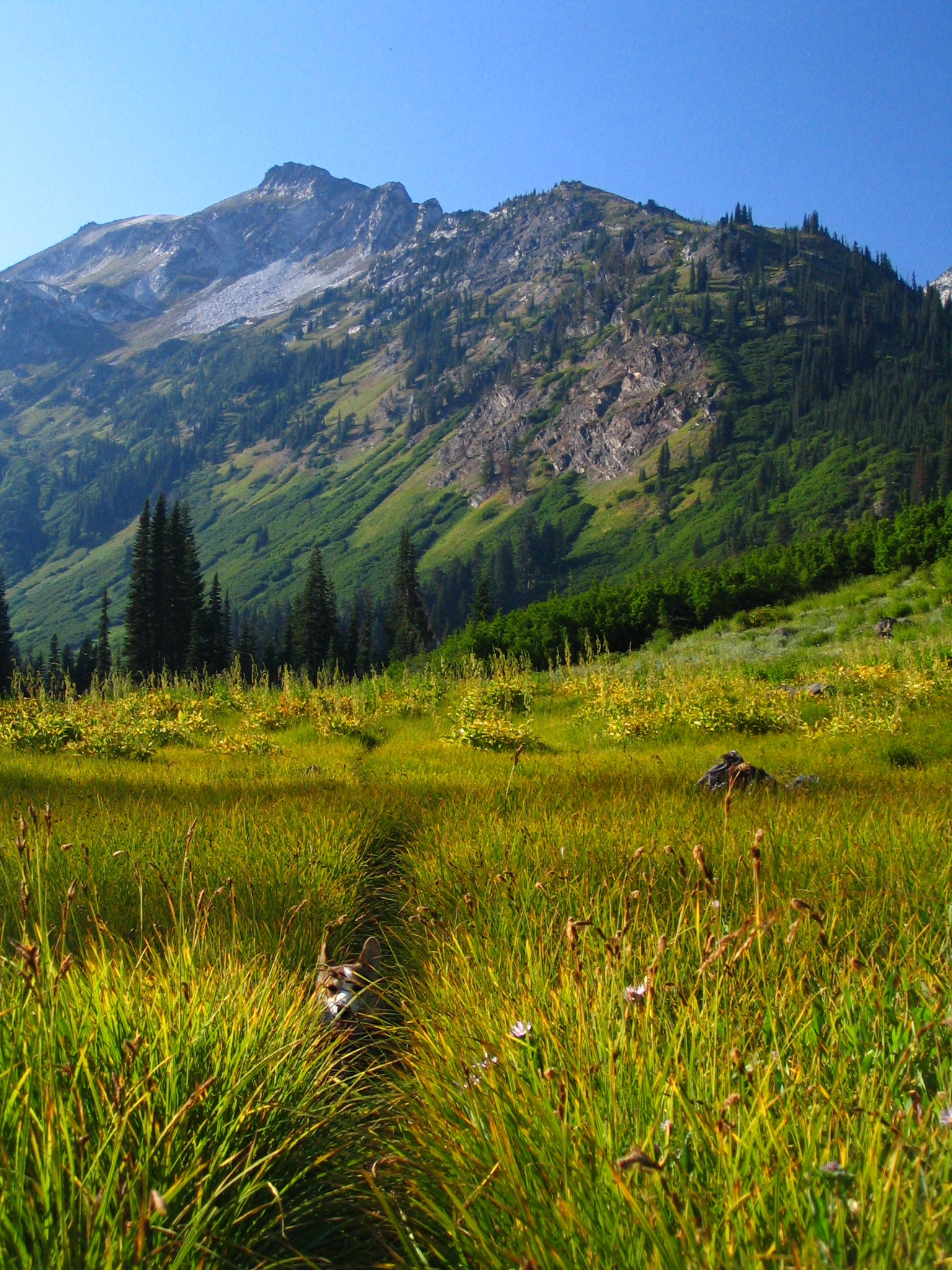 Even gaudy festoons of fluorescent tape may not be visible low to the ground, in brush, or dim light -- no responsible hunter would shoot under those conditions, or course, but we're not talking about the 99.9% here. A dog vest might be better.

This is not a big worry for me, and my dogs stay quite close, but there are hunters out there. I trust most of them. Almost all hunting accidents involve hunters shooting themselves or each other. Don't know if anyone even keeps data on accidental shootings of dogs; I suppose it happens.
It's a courtesy to hunters and yourself. Wear bright clothing in hunting season (where I come from, you'd be INSANE to be out in the woods in deer season without lots of safety-orange and a fluorescent cap). Know when hunting seasons are (extremely rare fatality in Washington State August 2008, 14 y.o. bear hunter unaccompanied by an adult shot a hiker on a trail; I did not even know bear season opened that early).

Flag the dog. Be festive. 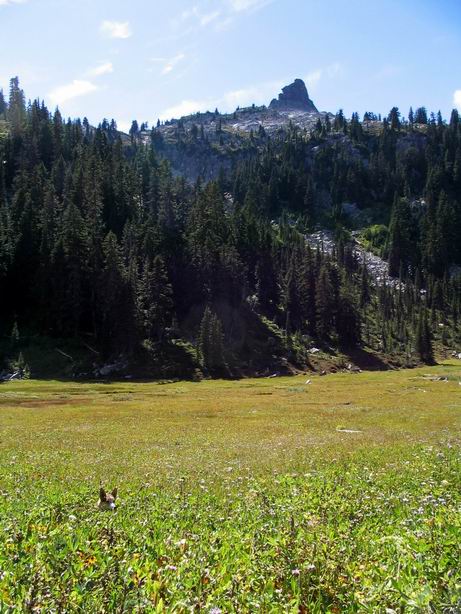 Permalink Reply by Sam Tsang on June 2, 2009 at 10:42pm
Great post John! It's like playing where's Waldo :) I'm gonna have to invest in some bright colors.

Permalink Reply by Boo Buchheit on June 3, 2009 at 6:29am
Good advice John. I could see folks thinking "coyote" in stead of Corgi in your pictures...especially around here.

Permalink Reply by Geri & Sidney on June 3, 2009 at 10:00am
I remember when I was a kid, we had a GSD/Husky mix named Buddy. He was a great dog! Dad always put a red bandana around his neck when we went out hiking. I remember one hike, Buddy was up ahead of us a little ways, we started hearing yells of "Lobo! Lobo!". These fellows thought Buddy was a wolf until they saw his bandada....they were terrified for a moment.

Thanks for reminding us, John, of the importance of identifying our corgis when out in the wilds.

Permalink Reply by Joanna, Rainy and Calvin on June 4, 2009 at 11:43am
This is GREAT advice and something that we might not always think of right off. It makes perfect sense though. Thanks John!!!!

PS: As always, beautiful photos! I love your models. >:)

Permalink Reply by Shepdog on June 4, 2009 at 1:23pm
Really good advice. I bell and vest my dogs when going into areas where I know hunting is allowed.

Love the shots, too! Little peeking faces in a sea of grass!