Does anyone on here play Wow? If so, what server do you play on and what is your characters name?
WOO! For the Horde! 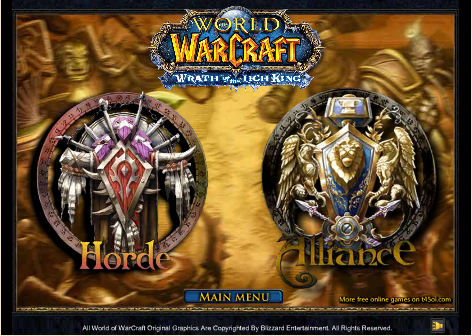 It makes sense that so many corgi owners play Horde. Automatic good taste. :)

Permalink Reply by Ace and Jen on February 8, 2011 at 10:52pm
I believe im on Cairne =D and Khaz Modan
XD
if you want my other character names just pst me on Cairne under Ofalin

I guess I should update. LOL

Recently I transferred off Magtheridon (PVP) to Gilneas (PVE). Took my 85 Priest and 85 Druid and left. Just got tired of the whole world PVP deal and wanted to try out a normal server. Left all the other alts with Heirlooms, some gold and a personal guild bank filled with mats. I must say it is pretty darn nice over on a normal server. It was kinda a bummer to leave our old main guild with the new guild achievements and rewards stuff behind and strike out on our own but the pet farming has been HEAVEN without dealing with the ganking. Now I can relax... ah....

I really wanted to have "Corgi" but someone already had that name!! If you've done the starting Goblin quests there was an NPC that said something to the effect of "That Korgi is a menance!" and it would always make me laugh. Oh and my hubby and I started our own guild and it's name is "The Corgwn". LOL

Yes, I know, I have too many toons and play too much WoW. But, in my defense, I have been home sick with the flu for the past couple of weeks which has given me plenty of extra time to level alts. :P

Permalink Reply by Bearica Flynn on May 5, 2011 at 4:24pm
Muradin!
73 Worgen Hunter
85 Draeni Shadowpriest who I am terrible at playing.
Several lowbies of every race & class.

I realize this thread is kind of old, but I play WoW! Haven't had much time to play since bringing my little Corgi home, but I do love the game!