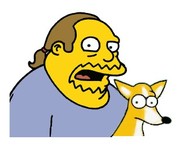 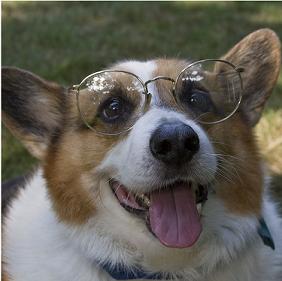 Hehehe it's not real but it's WAY too cute :) I LOVE South Park and this gave me a good laugh :)

Comment by Laina and Klaus on September 16, 2012 at 2:02pm
that is awesome brian! LOVE IT! If only i could do cosplay that well!

My girlfriend is a cosplayer, and has done stuff for Spencer before.

That's so great-when you meet someone who has written something that speaks to you, or, a musician whose music has really touched you in some way--and they turn out to actually be cool people as well. It's a nice feeling.

I met the author and had them sign mine when the second one came out of the Korgi series.  She is a nice person. :)

Comment by Laina and Klaus on September 13, 2012 at 5:26pm
id love to dress Klaus up as comander char from first gundam but no clue how to master that with a puppy xD

lol, someday, when my little Winry is full grown, she will have a Winry costume, and it will be awesome ;)

Agreed, being a cosplayer I say make the costumes! You will be surprised how many people do recognize anime characters!

Aww Laina, my daughter would just die if she lived where you do. She goes to three or four anime conventions a year and takes at least half a dozen cosplays. I'm with Rose, make the costume anyway :)