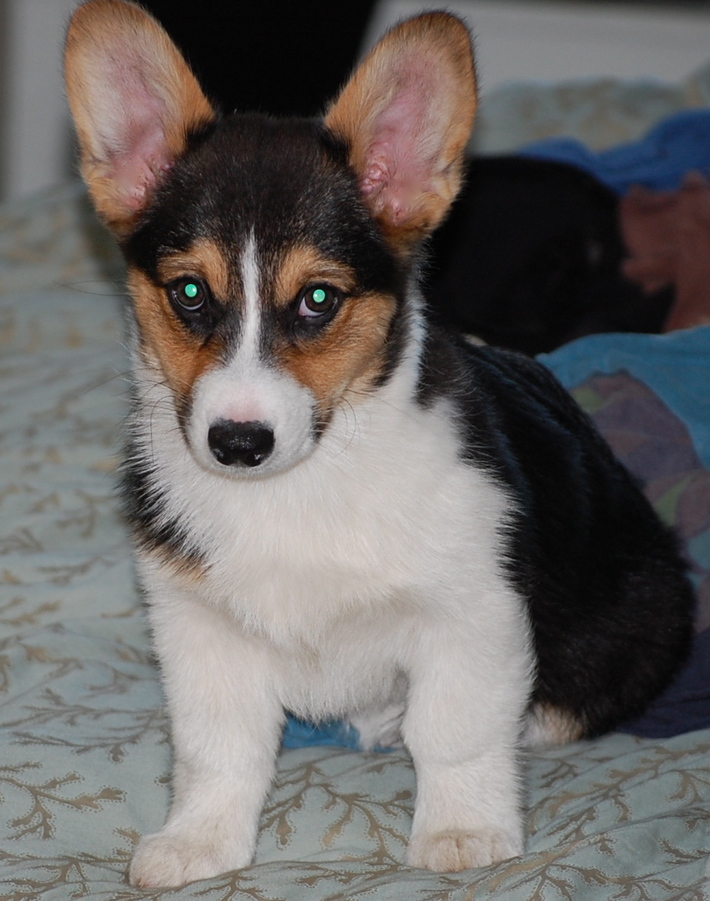 Krazy about a Kite

I took 10 month old Bella for a walk on the track at a local park. At the park, Bella spotted a kite that a young girl was attempting to fly. That was the only unusual thing I noticed before Bella…Continue

About My Corgi(s):
Bella was born May 8th 2010. She is a tri-color. Very spirited and a pain in the rear but I love her regardless.

Keri&Merlin(Judy&Alan's Pups) said…
Thanx for the friend request Janell.We got back yesterday for Our trip to Gualala.We had sun up there for all the days.Not warm,but sunny!!Pups had fun in the river and Hubby should have some pics on here soon.We'll be down your way the week of 6/19 and may see you on a beach down there.We also will have a third corgi,Logan,our grandpup along with our daughter and son in law a couple of those days.Take care.Give that adorable pup of yours a hug :)

Hi Janell!We recently met Elisa and Her adorable boy Ranger on here and saw Your cute

baby and had to comment :).I see You also have a strong-willed corgi girl.Wow,so do We!!

Keri is the BOSS.back when We had corgis,starting in the early 60's,the males were the macho guys and liked to start scuffles.Now,the girls seem to be more of the bossy,headstrong ones.But they're worth it!!Couldn't live without either of our pups.

He came originally from a breeder in Nevada, sold to a breeder in Salinas. He didn't want to breed so a cowboy brought him to the barn where I keep my horse to see if I might want him. Oh yes, what a darling boy is Ranger. I think the breeding scene freaked him out, either too much pressure, females too aggressive, or started too early? Don't know. Then he got into a scrap with a pig in Salinas, with a group of dogs. In the excitement he was bitten on his "family jewels." That might have done it. Anyway, seems to have zero interest in breeding. That's fine with us. He's smart, kind, sensitive and mostly quiet, submissive. However, if any horses, dogs, or anything goes running by he's alert, awake and full tilt "on."

Right now he's sleeping on the floor behind me.

Maybe we'll see you on the beach someday, maybe this Saturday if it isn't raining.

All best, Elise and Ranger (and Jeff, my husband)

Maybe we'll see you on the beach some Saturday, a.m.? p.m.? random?

Where did you get Bella? She looks a bit like Ranger.

Lucy &amp; Ricky (Wendy/Jack ) said…
Bella, why are you testing your mom? Because you're a corgi and you can! Good thing you and Ricky/Rafa don't live near each other. Oh the mischief you could make. You are adorable. This is a great site for advice and support. I am able to vent my frustration during hard weeks and share my joys and photos at other times. It's help me keep my sanity since re-homing a very hyperactive puppy, who is also the sweetest, goofiest puppy.

Lance, Tucker & Kristin said…
You are a very adorable corgi! :]

Red Ribbon
Thank you. . . .
From the Gift Store

Geri & Sidney said…
Welcome Janell and Bella! There is some great advice in this site that could help you deal with Bellas challenges :)