How to Avoid Dog Bites

Dogs bite: some 4.7 million times a year, leading 800,000 humans to seek medical attention, of whom 386,000 will need emergency treatment. A third of all homeowner’s liability claims result from dog bites, at an average cost per claim of $32,072. Every year, the insurance industry shells out over a billion dollars for dog-bite claims.

My son, a claims adjuster for a major US insurance company, once remarked that the most serious injuries insurers cover result from dog bites.

Even a little dog can inflict some major damage. When the neighbor across the street picked up one of her wee Yorkies, it flew into a rage and bit her hands and arms, severing tendons in both arms. The result was surgery and a lengthy recuperation.

We all love our corgis and hope they won't bite us or anyone else -- maybe we imagine they won't. Still, the incident list of fatalities grows -- even a dachshund is numbered among the perps, having killed a two-week-old babe while the mother slept. Our dogs are not molosser types, bred and often trained for aggression. But they are dogs, and they are capable of dealing out mayhem to those who annoy them, particularly unwary children.

So here are a few tips for keeping kids (and yourself) safe around dogs...

• Never leave an infant or small child sleeping where a dog can reach it.

Close the bedroom door if the dog is at large in the house with you while the child is napping. Crate the dog or tie it by a leash to a doorknob if  you intend to nap while the child sleeps. If weather permits, let the dog  outside in the yard while you and the kid take a nap.

• Never allow a child to tease a dog.

• Never let a child to try to ride a dog.

• Never leave a child unattended with a dog, in the yard, in a vehicle, or in the house.

• Teach your children to stay away from dogs that are eating.

• Crate-train your dog so that it can be kept out of harm’s way and gets a break from the kiddies. Train your children to leave the dog alone while it’s enjoying some private time in its crate.

• Teach your child always to ask permission before petting a dog.

• Teach your child not to wave her or his arms around when near a dog (dogs perceive this as a threat).

• Teach your child to avoid unknown dogs and leave the vicinity if they see a loose dog.

• Don’t allow your child to drag a small dog around, pick it up, or play “dress-up” with a dog.

• Do not keep a pack of dogs in a household with children.

• Do not chain your dog outside in the yard.

• Do not train your dog to be aggressive, and never keep a dog that has shown aggression toward humans. 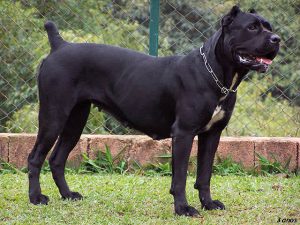 • Unless you’re an experienced trainer and you have exceptionally good sense, avoid buying or adopting molosser breeds, including pit bulls. Many or most of these dogs have been bred as protection, fighting, or herding dogs; they are large, powerful, and potentially dangerous. Some are unpredictable and have a short fuse.

• When you reach the age of decrepitude — say, over the age of about 60 — choose a pet dog that is not big enough or strong enough to overwhelm you. Bear in mind that you will not get any stronger as you get older, and that most large dogs can easily overpower an elderly or disabled person: not necessarily in an aggressive mode. Accidents happen…don’t invite any that are worse than they need to be.

• Do not drink when you have a dog around.

• Do not use drugs when you have a dog around.

• Never strike, harass, or yell at your dog. Behaving as though you're in control is different from abusing a dog, a child, or another adult. Act confident and calm, even when you're not.

Very good tips!  I especially like the part about not getting molosser type dogs unless you are experienced and dedicated.  These dogs were developed to make their own decisions about when to defend and when not to, and their decisions don't always match ours.  So many tragedies that could have been avoided!

LOL! It won't let me edit, either, Anna...and in my current state of decrepitude, my golden words usually need a lot of extra polishing. ;-)

Seriously, though, when Anna, the last of my long line of GerSheps, shuffled off this mortal coil, I was right around 60, maybe a year or two older. Ordinarily if I were going to get another dog, I would have sought another German shepherd or another greyhound. But I realized I was reaching the point where I probably would not be able to handle a large, powerful dog that weighed 80 or 90 pounds for the animal's foreseeable life expectancy.

Toward the end, Anna couldn't get into the car by herself, and she had to go the vet every time I turned around. I couldn't lift her into the car. So I got one of those dog ramps. It was very heavy and it wanted to pinch my finger off every time I tried to wrangle it, and Anna was afraid to walk up or down on it. The only way I could get her into the car was to impress one of the neighbors into service, so one person could stand on each side of the ramp and guide her up into the car. Getting her out of the car was even more problematic. With no one around to help, I had to lift her out of the car by myself -- since she was almost blind and pretty well crippled up, this was a challenge.

In the last few weeks of her life, we were commuting to the vet a couple of times a week. Getting her into and out of the car was such an ordeal for her that it was almost cruel. It wasn't a lot of fun for the human, either.

At that point I realized that if I was ever to have another dog, it would have to be small enough for an elderly woman (i.e., me) to lift in the event of illness or injury. And you know...I'm 71 years old now. Ruby will easily live at least another 7 to 9 years, and Cassie will probably live another 3 to 5 years. In three years, this human will be 74; in 9, I'll be 80. I don't think it's a sweeping stereotype to figure that at age 80 I'm unlikely to have the vigor to deal with an 80-pound dog that, even crippled up, has the drive of a Titan rocket.

That should read: Good set of common sense rules, but I do take exception to the phrase "When you reach the age of decrepitude - say over 60".  Yes to common sense, no to sweepingly broad stereotypes!  The blog won't let me edit....

Good point, Linda! It's best to back away carefully. I don't know how you would teach this to a child.

My neighbor's little girl and her puppy were attacked by another neighbor's batsh!t dog. I was able to get between her and the dog and instructed her to climb up on a cinderblock mailbox pylon. Fortunately, she was an athletic child and managed not only to get herself but her puppy out of reach.

Figuring it was better for an old lady to get bit than a kid, I was able to intimidate the dog by yelling aggressively at it while pacing back and forth perpendicular to its path, and in the process made enough noise to rouse the animal's owners out of their house. It took some doing, but eventually they rounded up the critter and got it back into their yard. I wouldn't recommend that -- I did expect to be bitten and was lucky to have escaped unscathed.

I will also add never RUN away from a dog...it may consider it play and chase you or it can kick off it's predator/prey drive.  Never make direct eye contact with a strange dog, that is an act of aggression and may trigger an attack.