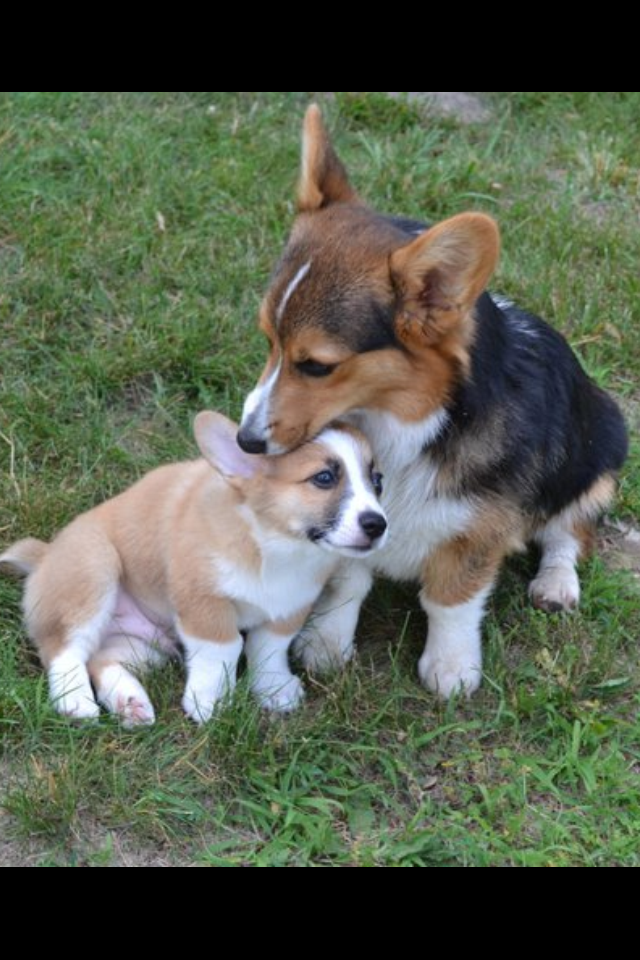 Well Louie still acts like a puppy, but he sure isn't growing out of the energetic puppy stage! I love it!

He is learning, we've had some trouble with him listening and coming to us when commanded, but he's getting much better. This photo is of he and my cousin's 8 week old corgi named Bebop.  They were so cute, played exactly the same!  We were at my grandparents' lake house and they kept running into the water and splashing around.

Does anyone have any suggestions on how to get him to stop nipping? Especially when I say "shake" or just pet him.

He is full of energy and can jump surprisingly high for a little guy! He is pretty small but we think it's because he gets so much exercise, at the lake, at home, he gets at least 3 walks a day plus a lot of play time.  I even have my mother come over to let him out on her lunch break! He is spoiled!

That's a great picture. He is such a cutie! It is so cute to see corgis play together. He's definitley a lucky pup to get so much attention and play time.

For the nipping, I would suggest saying "No!" loudly and turning away from him, stopping all play and attention. Depending on how he reacts you can lengthen the amount of time you "ignore" him. You basically want him to learn that once nipping happens, all play stops. I also use the "Only kisses" command, but then you might have dogs like mine that think you want them to constantly lick your hand. Mine still try to lick my hand when I ask them to shake. =)