Michelle, Mochi, & Draper said…
What a cutie! Mochi shares the same love of food from the table as Tia, hehe :)

Taffy (corgi is Hercules) said…
Thanks. Yea we have a few piles of snow left for Hercules to roll in. I do prefer the snow to him rolling in muddy grass. I hope the yard dries up soon. Tia sure is a cutie.

Michelle, Mochi, & Draper said…
Oh my goodness... what an adorable tri-color you have! I love how fluffy her fur is; she has the most adorable face. :) Thanks for sharing such cute pics!

Joanne Koppenaal said…
That's a coincidence I work at MUSC too! I am so thankful for weather now 60 degrees no bugs or humidity my favorite time of year! Maybe I need to move North or to the mountains!

Katy said…
What a pretty girl you have! My Buddha and I grew up in Chaska, love that town!

John Wolff said…
Tia is gorgeous. Blackfaced tris are kind of rare. Gwynnie's sire Dante is one. I always wanted one so I could name it Procyon (Canis Minor, Orion's Little Dog, just upper-left of Sirius the Dog Star). Procyon is the genus name of the raccoon -- black mask, get it?
I grew up in Duluth.

Priscilla, CARLY, and Frankie said…
shes a beauty!! my nest pem will be a tri!! hoping i can get her/ him soon

MollyJo said…
Tia is beautiful! <3 tegan and her look a lot alike, but I LOVE her face marking, very distinguished ;)

Joanne Koppenaal said…
Hi Tia, glad you liked Charleston as your favorite! I have lived hear eleven years, sometimes summer humidity gets me and my allergies! It is a beautiful place and as you know lots to do! Where where you located in your time here? I had looked into fostering here but always was in mid puppy! If I ever move and have a few acres I could reconsider fostering. Let me know what you find out in Minnesota!

Edward and Gemima said…
Hi Lisa and Tia, we live in Rochester! Where did you find your beautiful Tia? I love her name! I want to know if she ate that worm in the picture.....Ed is very fond of eating worms and Gem loves to roll on them. Yuk! What is Tia going to be this Halloween??

Deb , Gretzky, and Norman said…
Hi Lisa and Tia,
Welcome! We live in South Eastern MN, in La Crescent, by La Crosse, WI. We'd love to go to a MN Corgi gathering sometime. Tia is such a cutie!

Sid was 3 when I got him and he was an only child. After a couple of weeks I got a female, Babs, from a breeder in Minnesota. He took to her right away. As soon as I opened her crate, they started chasing each other and playing until dark. After a few months I decided to get a puppy, that's when Cloe came home with us. I've never had problems of aggression but sometimes they get jealous and start whimpering for attention if one feels I'm paying too much attention to one of the others. I know they would be very lonely without each other. . . .Sid is a real push over, the girls will sometimes take treats away from him and he lets them.

Hana said…
Welcome! We live in MN, too! Yes, our Hana likes to eat food from the table, too even though we try not to encourage it. She reaches high and tries to get a hold of anything on the table she can...she has eaten newpapers, books, along with other things... Tia looks like our first corgi who was a tri. 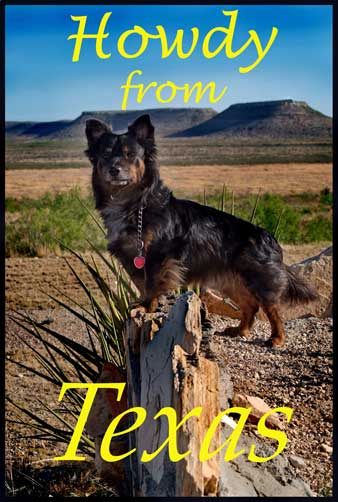 TALLULAH said…
Hi Lisa & Tia!! I met you at the Petco in Chaska...Eileen and Tallulah ^-^