If anyone has any experience or advice, please help.

Rufus use to be the most submissive puppy ever. He's only almost turning 3. I take him to the park for walks at least 4 times a week with dog pack. It's been more than 2 years now. He loves his pack, but the past 3-4 months or so, he's just becoming a grumpy old man(. A side he's only showed to some dogs that have an energy he didn't like). But now he's becoming grumpy all the time to every dog he comes across. He goes after dogs that sniff his face and I'm worried I won't be able to let him meet new dogs ever if he continues to get worse.

Not sure if anyone else experienced a very social pup get moodier as they got older.

THanks! Krystina and Rufus 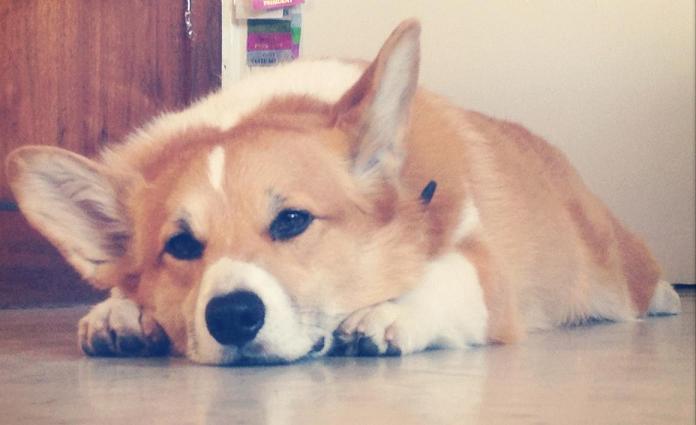 That's so interesting that every dog has their problem area. I still can't tell what ticks my little one off besides the staring thing. If he passes the introductory smell/sniff test, he will usually flop over and be submissive. But if not, then we have a problem. I'm definetely having problems just meeting new dogs, because I don't know ones will set him off. :( Maybe it's a learning process to determine which ones he may have problems with and work one day at a time.

When Sidney turned around three he got quite reactive to bigger dogs. It's also around when he had surgery on his rear left leg for dislocation due to hip dysplasia. He's fine with dogs his size and smaller, but if a bigger dogs tries to sniff his back end, he'll snark at the dog's face. The vet said he'll always have arthritis in the bad hip, so I don't know if he's sensitive and protecting his "owie", or if it's that he just is older and wants his space.

I try to work on him by rewarding and praising him when we meet a new dog and he doesn't act out. He has his good days and not so good days.

You might read up on the The Yellow Dog Project.

If you see a dog with a yellow ribbon or scarf on his leash it means that he needs a buffer around other dogs. According to The Yellow Dog Project, dogs might need space because:

This seems to be a great idea to say "my dog needs space".

Ohhh how interesting! That is a great idea. I'll have to forward this one

Permalink Reply by Beth on January 22, 2013 at 10:15am
Jack doesn't get grumpy, but he used to play with other dogs all the time and now he rarely does. I personally feel it's because he has been landed on more than once by big, bouncy dogs; Corgis are so strong and act like big dogs, but most dogs of their weight are a lot taller and so they tend to have other dogs land on their backs. That has to hurt. So as they age it seems many Corgis lose their enthusiasm for other dogs to varying degrees.

Maddie has trouble greeting without barking in their faces. Jack loves to meet and greet but generally stays out of games.

Hmm well I think Corgi's do take a good pounding from other dogs, maybe it is a factor in the mood swings.