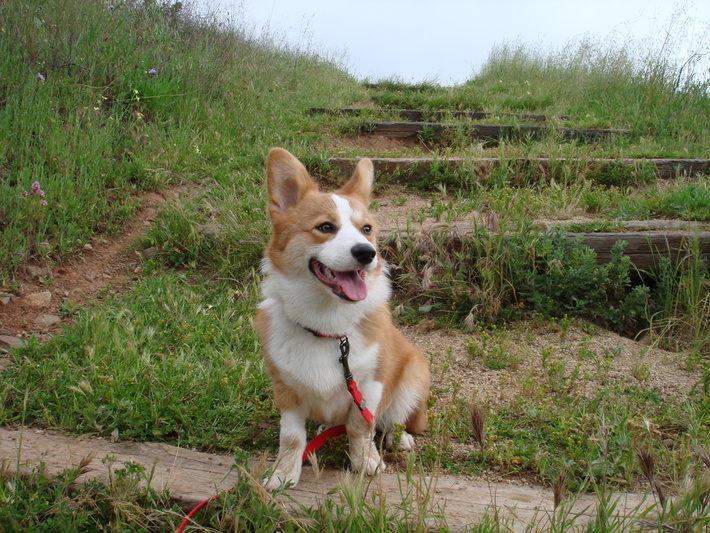 How important is Heartguard in S. California?

I heard that heartworms are a mild problem in S. California, and some people give their dog Heartguard, some don't. What do you guys think? Is it neccassry? This will help me determine if I want to…Continue

About Me:
We are first time corgi owners hoping that our little boy becomes successful in the future through the proper study of human and dog etiquette with some super fly tricks. We're hoping to learn from the personal experiences of individuals within the community to raise a well mannered, happy, and healthy corgi.

About My Corgi(s):
Taro is home! He's very outgoing, super adorable, doesn't squirm too much when handled, and was scared to bits during his first bath. He loves to squeeze in every nook and cranny to find the most comfortable spot. He tries out a new spot every few seconds until he finds one to his liking, picky little guy.

How are you two and Taro doing?

Krystle (Luna & Twinkie!) said…
I definitely hope that they get another chance to play together, so it would be awesome if you guys come back.  The red-winged corgi is named Liberty - she's a little sweetheart.  Have a great Halloween!

Krystle (Luna & Twinkie!) said…
It was great getting to meet you two and Taro today! It was awesome seeing a sibling of Luna's all grown up.  Here are the pictures I took of the day.  Howl-O-Ween Meetup Pictures

Krystle (Luna & Twinkie!) said…
Will definitely look for him. Look for the purple jockey!

Krystle (Luna & Twinkie!) said…
Yes, we will be attending the Howl-o-Ween meetup event in Poway.  Luna will be dressed with a purple jockey and Twinkie with the headless horseman.  Hope to see you there.

I haven't noticed any particular aggression issues with females.  And my two have gotten along beautifully, though with some small issues of jealousy with Luna when I pay attention to Twinkie.  As for when we are at our corgi meetups: Luna is a particular favorite of the males in the group, she usually has 2-3 males following her around and wanting to play.  In fact, she has a regular "boyfriend" a few weeks her senior that finds her at every event we have.

I noticed that both you and Zoe's mom, Courtney, have mentioned allergies.  I guess I've been lucky with Luna - we haven't had any incidences.  I feed her a high protein diet (Merrick) and when she gets baths we use Green Tea shampoo.  When I got Twinkie she had been shaved and was sunburned - I used the same Green Tea shampoo on her, it soothed her and she healed nicely - along with her fur growing in nice and soft.  I also don't use topical flea treatments on them - I use comfortis instead, a chewable tablet they take once a month.

Here's Theo's dad's tumblr, specifically the post that made me realize he was a sibling of Luna's.  I contacted him and had it confirmed.

Courtney and Zoe said…
Poor Taro!  I'm glad he's so responsive to the shampoo!  Zoe hasn't had any rashes or hot spots, but she gets these episodes that sound like reverse sneezes.  They last for a few seconds up to a minute of her nasally heaving.  I noticed them start when she was about 7 months old, but they were so infrequent I figured them to just be reverse sneezes.  However, they've since increased in frequency to several times a week.  We're going to her vet in a few days to get her checked out.