Just a Trick Filled Pick Me Up

I've seen a lot of topics on this site that are not the happiest (that's life I guess). Just in case any corgi owners needed a nice pick me up, here is a video of Napolean doing some tricks ^ ^ Remember to stay pawsitive and be happy with the corgi you have! We also hope to inspire many other corgi owners to teach their corgis tricks as well! Trick training (through positive reinforcement) builds a stronger bond plus it's really fun :D

We entered a contest on Instagram and were picked as finalists :D

If you have a Facebook please vote for Napolean at: GinnysWorld

From Napolean to the corgi nation, Happy Halloween! A time of tricksters and treats ;D Now, what did everyone else dress-up as? Post pictures below! 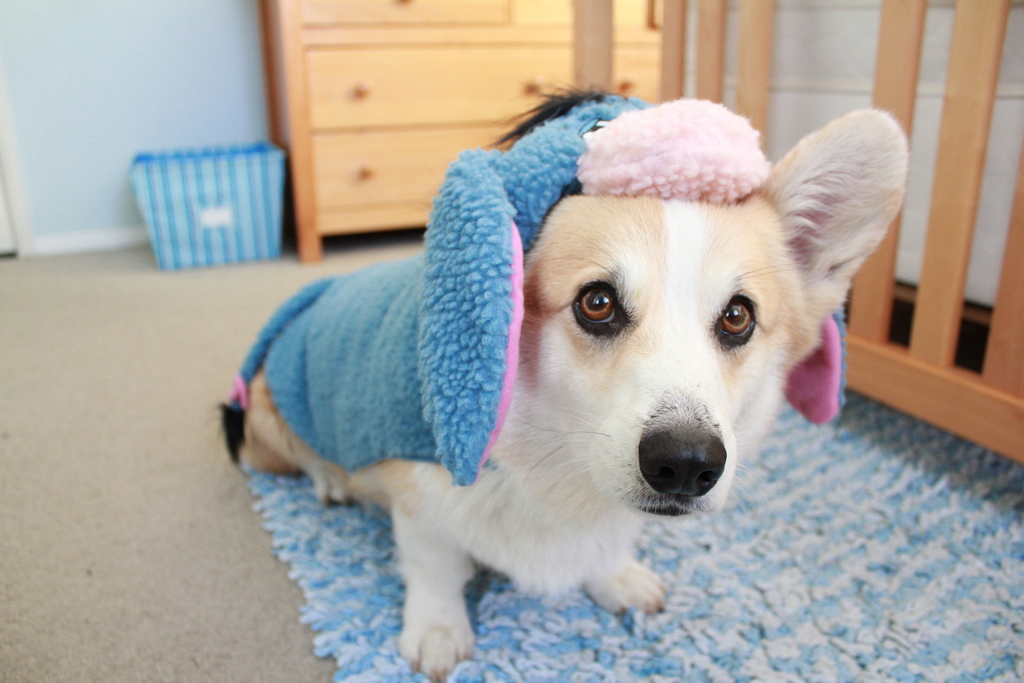 Corgis got onto another page on Buzzfeed for the corgi meet that went on in Huntington. A lot were wearing swimsuits ;)

As some of the my corgi members know, Napolean is a trick dog! He has his own YouTube channel and loves to show off what he has learned over the years :) We just posted a new video of some tricks he knows, and if you stuck on what to teach your corgi feel free to steal some ideas!

Oh my gosh, this was SO much fun ^ ^. Napolean met so many new faces that he actually didn't have to look up to meet, haha. We met other mycorgi people there too, our people! Can't wait to go to the next meet in June; I hope there will be even more than this time (there was probably a good 100 corgis this time around)

HERE'S A VIDEO of our experience!: http://youtu.be/7OH2brqLqzo 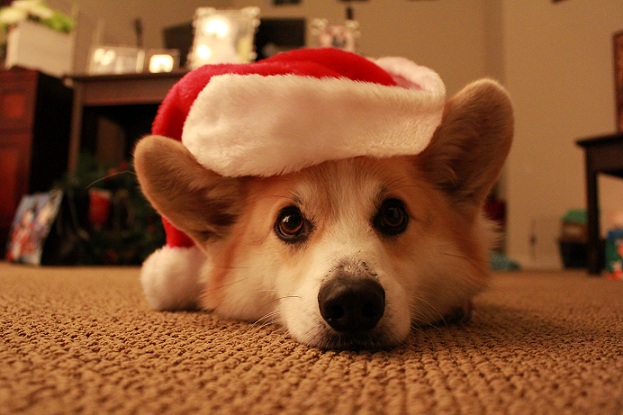 We wish everyone had a great Christmas. Like last year, we made a Christmas video to spread the Christmas cheer. We are a little late this year but hope we can still bring joy to you and your family!

My daughter and Napolean performed at the Talent Show this year! This proves corgis are the best and can represent their stubby kind :)

PARVO POSTIVE: Ah!! I can't stand it :( A new litter of puppies from the same rescue I advertised before have caught parvo. At first I thought it wasn't serious but two puppies have died D; I can't believe such innocent puppies have been sent across the rainbow bridge at such an early stage in their lives!!! PLEASE DONATE TO THIS RESCUE SO THE REST OF THE LITTER CAN MAKE IT OUT ALIVE AND HEALTHY:http://www.cuddlycanines.com/

SAVE THESE PUPPIES LIVES'

We have 4 precious babies fighting for their lives with Parvo. They are getting wonderful medical care, but their vet bills are going to exceed $2000, money we don't have. While everyone enjoys looking at photos of cute puppies, this is the sad reality of rescue & Cuddly Canines cannot continue to survive without donations. Please help us help these babies by clicking on the ChipIn link & donating to their care.…

Okay, I know most rescues make mistakes on dog breeds but they should know this is no dachshund/chihuahua mix!! This is a corgi plain and simple -_- Poor pup does not have rightful identification. She's quite skinny too :(

For fun we have entered a doggie photo contest! Please vote for Napolean (it is free) at: http://gapc-vote.com/?c=multi&p=723411

If you have a few dollars hanging around or would love to donate and help solve Canine Cancer, please vote for "Napolean" and donate! Every dollar…

I just love her little howl :)

This is like a milestone...for me at least (not the dog for he could care less). I just set up a twitter for Napolean! Haha. Not much, I know, but this is like the first step into the social media circle for us. Right now our only participation in the social network is a youtube page and of course, mycorgi! Well, just blogging about it now. If anyone wants to follow us on Twitter we will follow you back :) Thanks!

Just came across this photo contest :) I had posted a discussion earlier but I decided this is more of a blog post. I just entered Napolean in this photo contest (to see which dog is the most photogenic) ,and I would say we have a slim chance of making it in but we'd be happy if you voted for us or just some other pup ;) Thanks so much in advance!

Just posted a video of Napolean's tricks. If anyone needs any ideas (Ive been seeing some people are stumped on what to teach their corgis) here are some ideas!

We did a fun little Easter Egg hunt with Napolean this year :)

Here's the link to the video:http://www.youtube.com/watch?v=5vnHb28UB7w

Video was made by Gabby with help from her mom :) Enjoy! Happy Holidays!

Oh my goodness! I found this video soo adorable and of course it must include the one and only, corgi pups! Take a look at this cuddly video :)