So went down to Lebanon, OR for memorial day weekend just got home.. Ace had a BLAST with his cousin pug Bebe they played so hard we had to seperate them so bebe could get some air LOL they had a grand ol time chasing tennis balls ad each other

had a BBQ yesterday hot dogs and hamburgers~ yum

Ace was a dream and was very well behaived though he HATED being in his kennel when we had to get supplies... and he whined and cried i felt like a horrible person.. he does that and i cant figure out how to get him to hush when i leave him alone.. But anyways yes it was a blast we were supposed to go hiking at Silver Creek Falls but some people decided to do some yard work instead LOL but it was great maybe next time~ 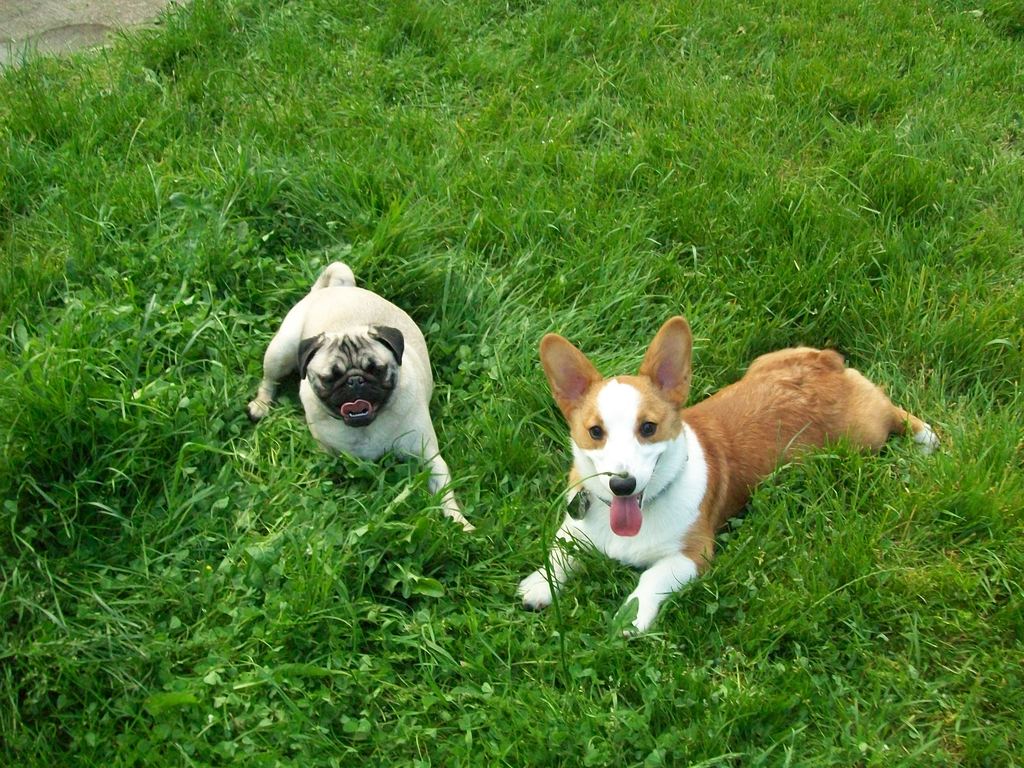