I have been meaning to blog this whole time. So many mile markers. I feel almost guilty I haven't as mycorgi is hugely at fault for the obsessive corgi disorder leading into the tailed pem passion. Anyway.

Arrow is the best. I am certainly biased but everyone else I know tells me this too. He is EXACTLY the dog I was looking for. Loves to hike and run and play but is so gentle and social and trainable. With the little dogs he bounces and barks and dashes and the big dogs he bravely walks up to, sniffs, and rolls over on his back in front of them. He jumps on the people who clearly want to be jumped on but sits in front of and maybe places a paw on nearly every other stranger. He doesn't alert bark unless I am alarmed too. He play chases and herds but never actually puts his teeth on my ankles. He's food motivated so much that carrots are even the bees knees to him.

Within the first week I had him he learned "please" I wouldn't call it sit yet, but he learned he got what he wanted when he sat. He learned to love his kennel. We got him just before Christmas so he went to 3 different places his first week. I was concerned, but he was so good and down for it all. He would have been fine if we kept being a gypsy.

He is so good in the car. We had an 8 hour drive home with him and he wasn't vaccinated so we tried driving at night hoping he would sleep through it all. He pretty much did. An 8 hour drive, I emptied him out before, but he didn't make a peep and just slept and starred happily from his kennel till we were home safe. He is still good in the car now that we ride outside the kennel more.

He still loves his kennel. Like many, I intended to kennel train him, but who can deny puppy cuddles in bed? I have managed the perfect situation. He loves sleeping in his kennel, and my bed. I make sure to switch it up so never fully gets used to the bed but it's nice some nights to put him in his bed and have my own to myself.

I won't say we are potty trained and jinx it, but the last accident's were a long time ago and were when I was making him wait. Once he peed on HIS blanket I had set down right by the door before grabbing his leash, I think he thought I put it down for him to pee. The other one was in the morning where I took a little longer that normal to have him wait at the door, he peed pressed against the front door on the door mat. Essentially, those were even accidents of a potty trained puppy even if they were in doors.

It works great that he already had internet friends who loved him because I LOVE posting updates of him and work online for a living, so it all makes sense. The Willa's Angels Facebook group has been such a blessing I didn't even ask for when looking for a puppy. He's got his own instagram account  - @arrowthecorgi and on the other networks the hashtag #arrowthecorgi is all him too.

So far Arrow is a total pro at sit, stay, and come. He thinks "come" means food, and I am totally ok with that. I am working really hard to build a reliable recall, everyone knows my rules. - Never say it more than twice, always make it positive. We are working on laydown. Everyone wants him to know shake, but he sits crooked on his corgi butt so its a little less logical for him to lift a front paw. I think he finally gets what "heel" means, but he is already AMAZING on leash. We do lots of walks and hikes, and he never really pulls.

Arrow is going to pay my bills someday. He already has so many instagram followers and my sister @laurenlemon online and a professional photographer so he is on everyone's radar. Arrow and I almost got a modeling job for a dog treat company my friend is shooting, unfortunately they don't sell any puppy treats so they couldn't go with him. It's only a matter of time before he is featured on the #weeklyfluff on instagram. I'm hoping he can at least get a free bark box sent his way sometime in trade for posting an instagram of it.

So again, I will say. Arrow is the best. He is EXACTLY the dog I was looking for. An adventurous friendly boy on the little bit bigger side with a tail. But he is so much more already, it blows my mind what a friend he will be in years from now. He is growing TOO FAST. SLOW DOWN! 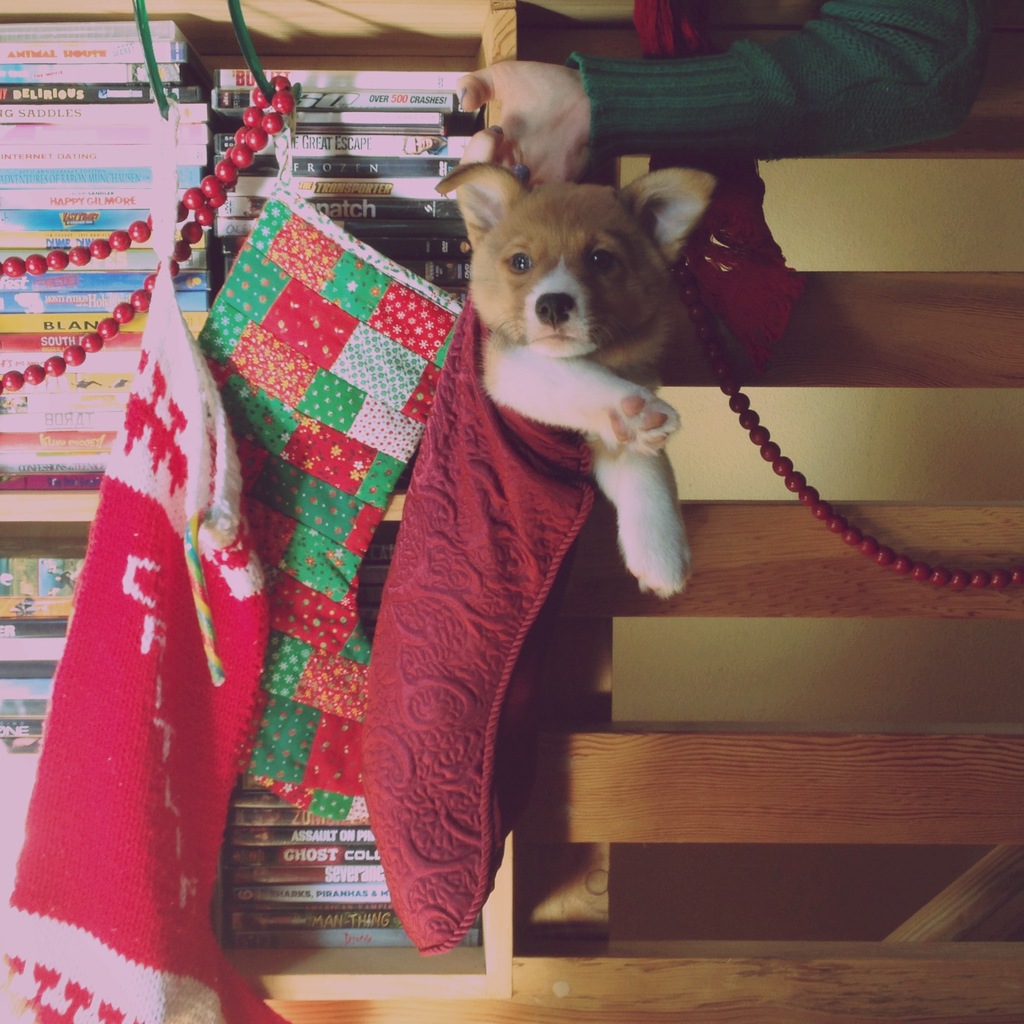 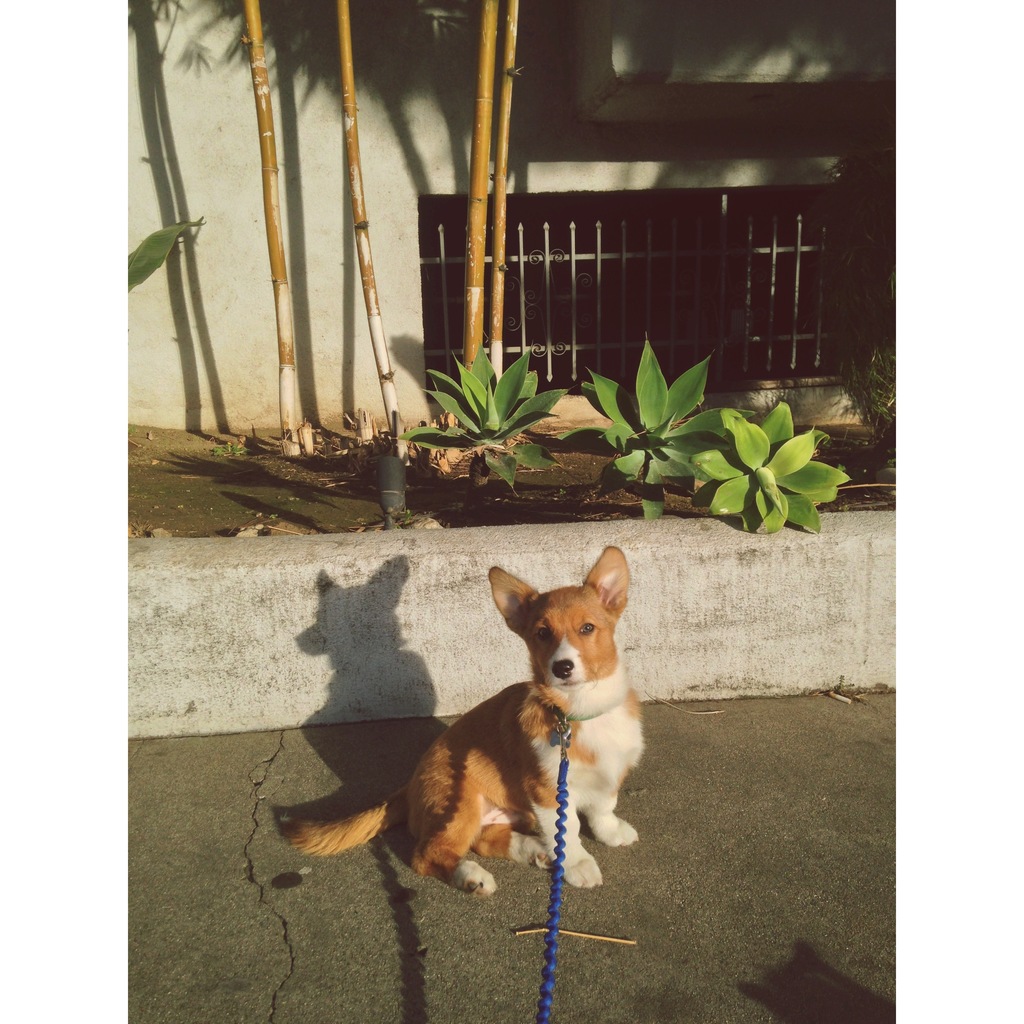 Awww, those are GREAT photos. What a beautiful little dog.