Dewi and I spent the morning at the vet after a 4 a.m. urgent potty call, followed by 6:30 a.m. straining and dry heaves. Thankfully, it wasn't an intestinal blockage (as I had feared). However, $242 and two hours of poking, prodding, testing, questioning and waiting later, we learned that Dewi is suffering from a case of acute colitis (which neither of us have ever dealt with before). The vet gave Dewi a shot of antibiotics and something to calm his digestive tract (which, thankfully, seems to be working) and sent us home armed with a bottle of pills (more antibiotics) and several days' supply of prescription GI dog food. [sigh] 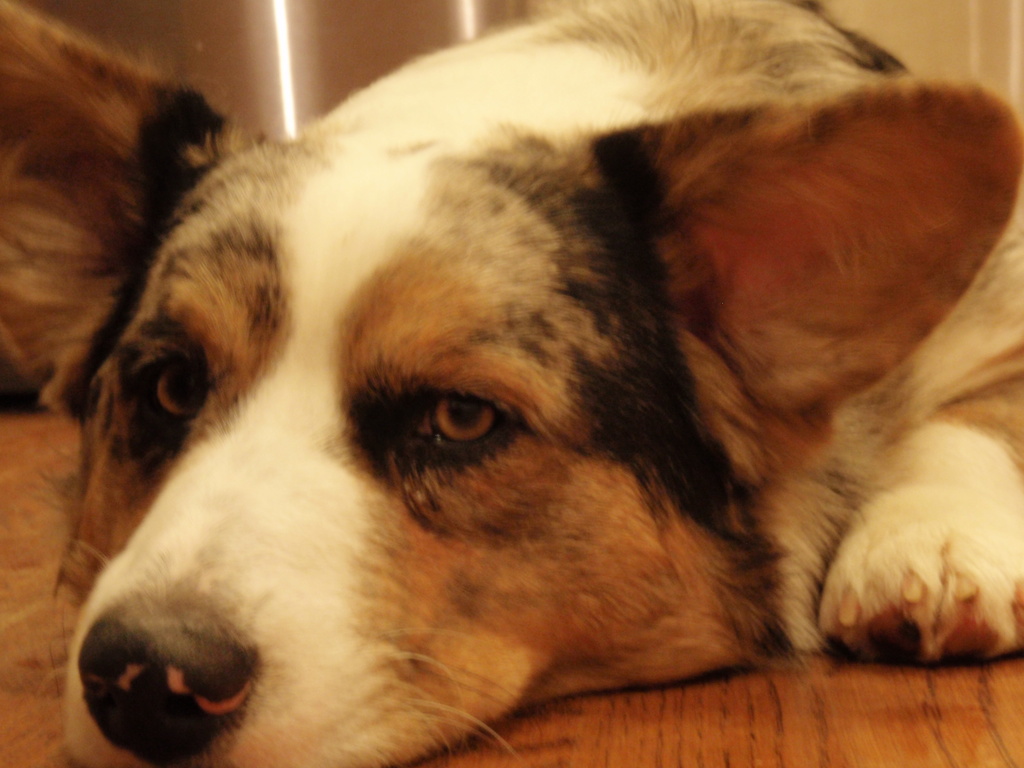 Comment by Elizabeth on December 6, 2010 at 8:02pm
He is as good as new now, thank you! The meds and special food did the trick in a couple days. It's so hard to see them suffer.

Comment by Elizabeth on November 7, 2010 at 8:29am
Thanks, y'all. He was not himself yesterday; I think partly due to the meds making him tired. But thankfully, we went all night with no episodes and his function is more "normal" this morning [yeah]. :) I think the diagnosis and treatment were right on.

For those who are wondering about the illness colitis: I looked all over the Web for info and this is the most thorough/helpful information I could find:
COLITIS SUDDENLY ("ACUTE COLITIS"):

A pet that has sudden symptoms...

Comment by Bev Levy on November 7, 2010 at 8:22am
Aww we have encountered colitis too it is no fun. Poor Dewi hope is better soon.

Comment by Carole and Sophie on November 6, 2010 at 10:11pm
Oh that must have been scary. Poor Dewi - I hope he starts feeling better now!