Gromit Goes To The Dog Show

Gromit and I and Debbie headed off to the big dog show in Scottsdale today.  Gromit isn't a show dog but like the ordinary fellow who has friends that are show people, Gromit's brother Night was being shown, and we also heard from MyCorgi members Mike and Debbie Burk that they would be showing Hank this weekend.  A chance to visit with Gromit's breeder, Jean York, and to meet Mike & Debbie & Hank wasn't to be missed. 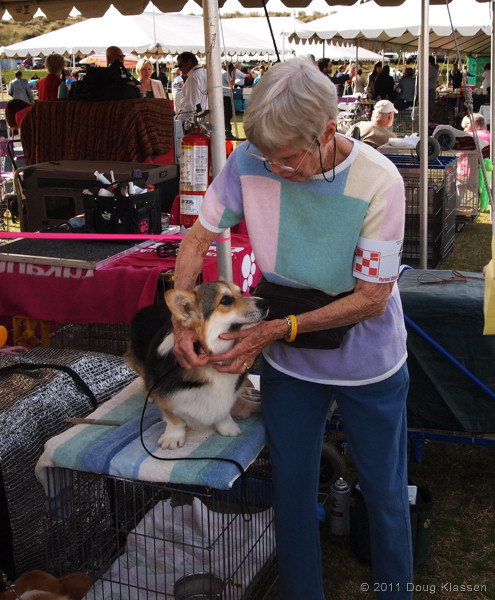 Gromit's brother, Night ("Coalbyn’s Dreaming at Midnight"), gets ready for the ring. 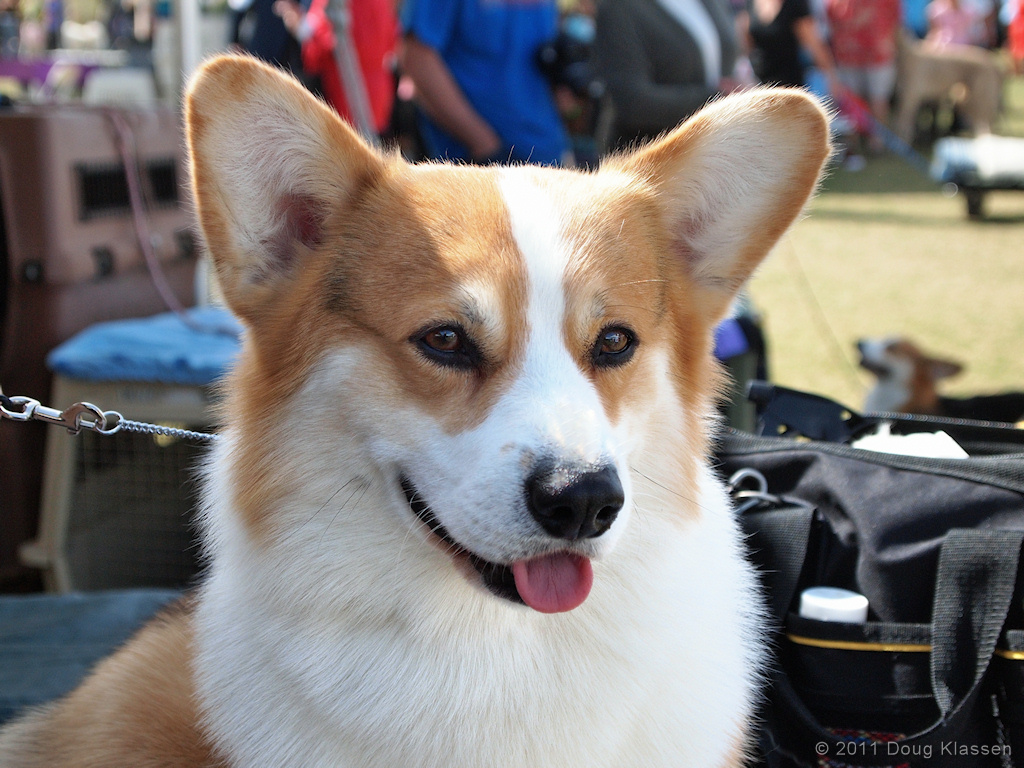 No shortage of beautiful Corgis to see. 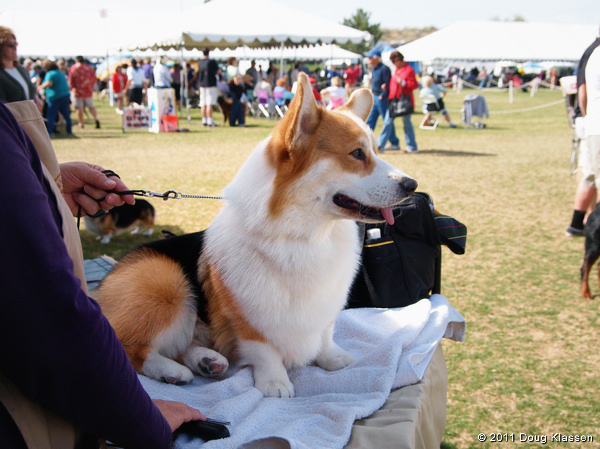 Hank surveys his domain and gets his game face on. 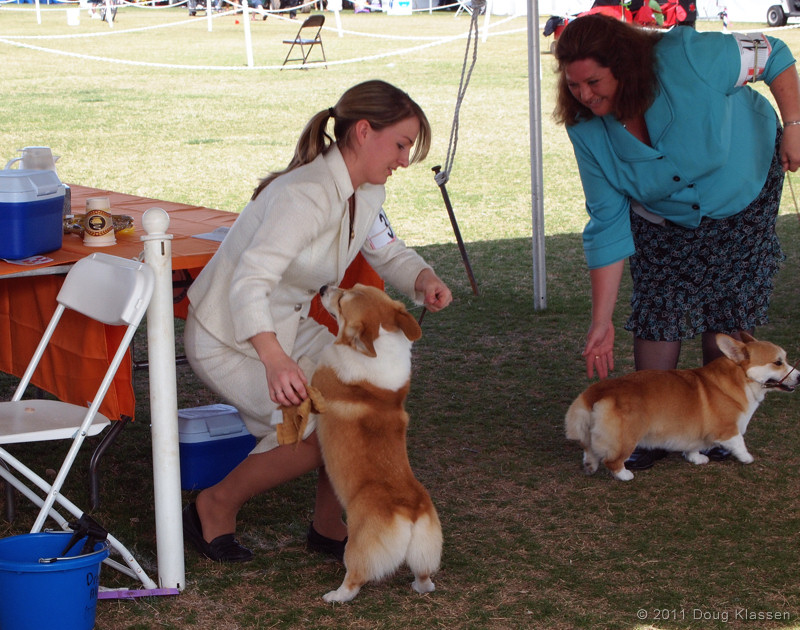 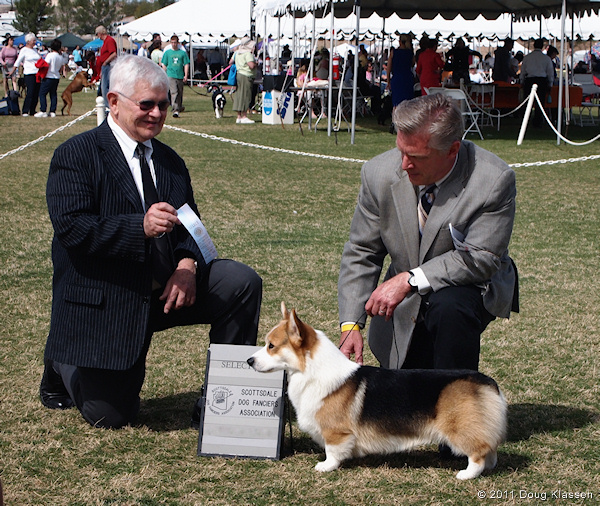 Hank had a successful Sunday.  I think he was just glad he didn't have to wear a tie. 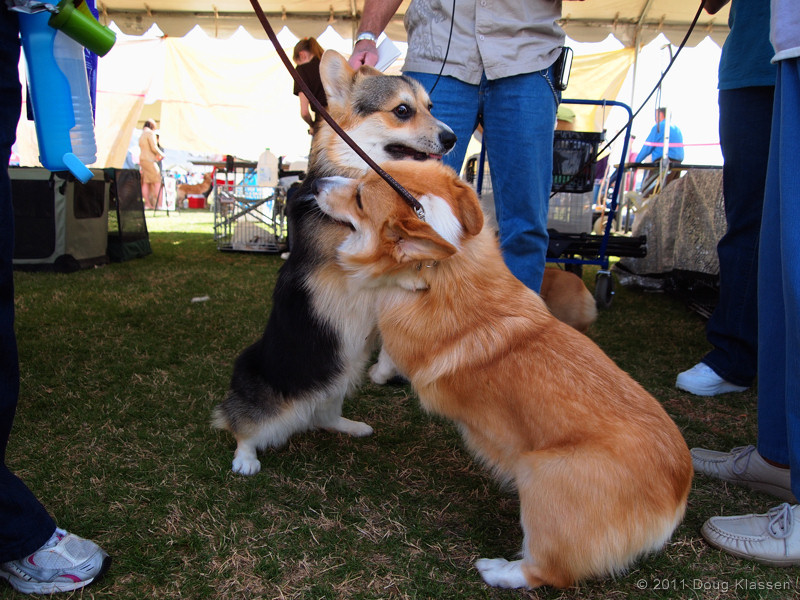 Night and Gromit had some excellent wrestling matches after Night was done in the show ring. 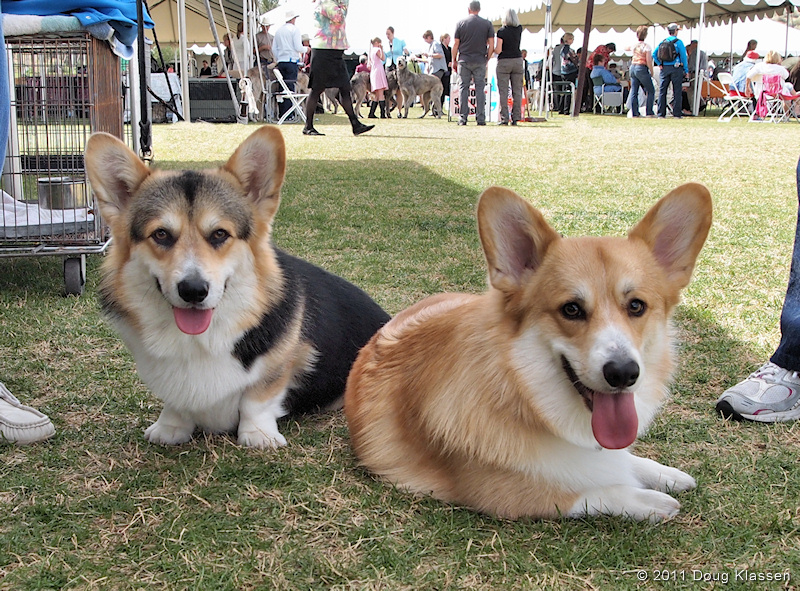 After they were tired we got them to sit still for a picture together.

It was a fine Sunday outing, we got to meet new friends, say hi to Corgi people we'd met at past shows, and of course Gromit and Night got to renew their family ties. 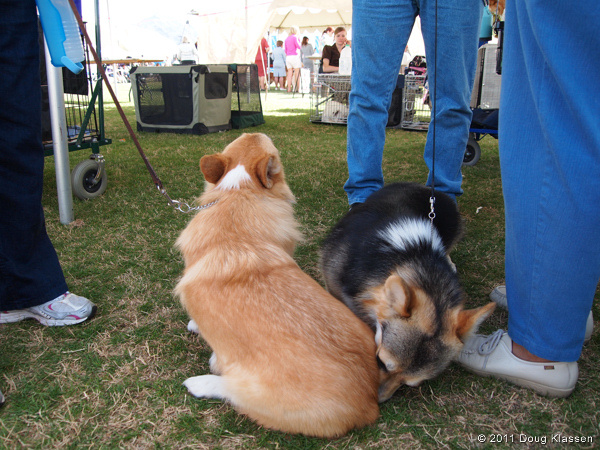 Comment by Gromit, Sparkle, and Doug on March 7, 2011 at 8:31pm
Thanks for the comments, gang.  Often times after the shows corgi breeders will gather at someone's motorhome for a pot luck and corgi talk.  The dogs who get along well get put into x-pens and can enjoy a little play time.  To answer Susan's question/comment, the dogs don't seem to know they are related but they certain recognize each other.  Gromit and have seen each other a couple of times since they were pups and always go right back to wrestling and playing.  I harbor a secret hope that when Night retires from the show ring that I might be able to get him.  :-)

I think at the end of a match there should be a giant penned area so all that want to can go for a giant corgi frap-a-thon :)

I love the WWF corgi-style shot...

Comment by Susan Stanton on March 7, 2011 at 8:05am
What fun.  I always wonder if the siblings remember each other -- appears they do!  Nothing like a good wrestle after winning awards for beauty and style ;-)

Comment by Bev Levy on March 7, 2011 at 8:01am
Looks like great fun! Night is beautiful and of course Gromit is very handsome too!