My little Ellie-girl is 1 year old today and I can't believe how fast it all went by.  It seems like just a few months ago I was eagerly awaiting pictures of her from the breeder.  Now she's a whole year old and getting bigger all the time!  She's such an important part of our family and I am so happy that we brought her into our lives.  :)


No birthday is complete without some sort of celebration, so I planned some fun for Ellie and Yuki.  We don't have any doggy friends that could come over for a visit, but I made sure they were able to play a lot.  The first game we played was Tug The Toy.  I don't normally allow tugging/pulling behavior, but I do allow Yuki and Ellie to tug a toy between each other. 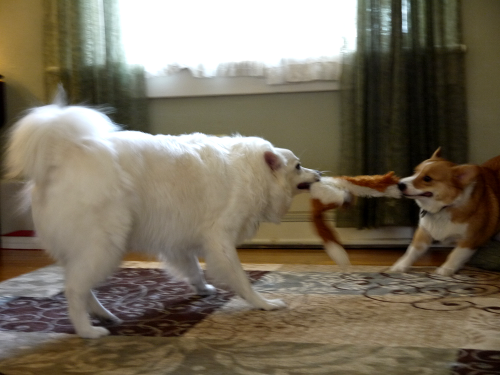 This fox is their absolute favorite soft toy! 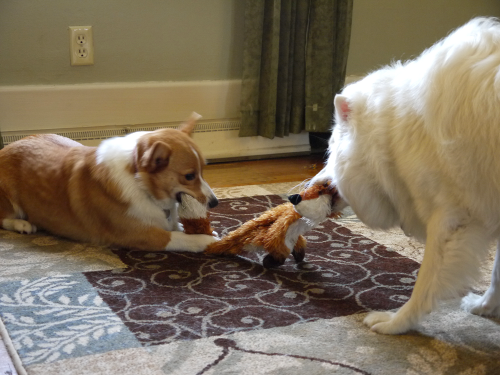 Yuki tries to win the tugging contest, but Ellie was ultimately victorious!

Once they started to get bored with the fox, it was time for the next game.  At first I considered doing a sort of hide-and-seek where I would hide treats around the downstairs.  Yuki would have loved it, but today is Ellie's day!  So I opted for something a little more her style.  ;) 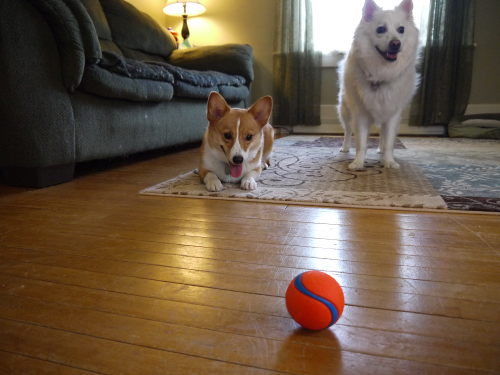 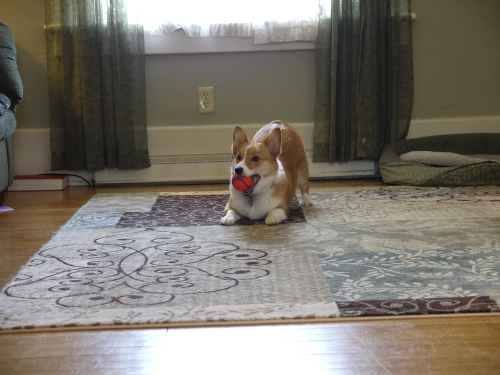 Ellie, basking in her triumph.  "I knew I could make that ball move!" 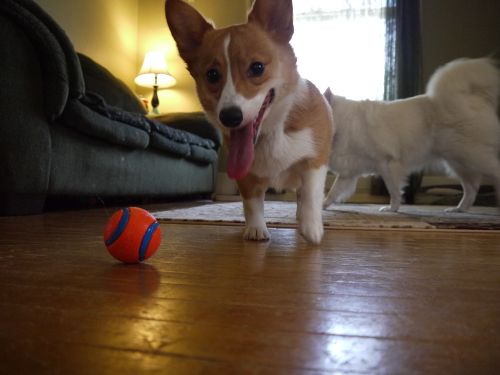 With the fun and games out of the way, it was time to move on to more serious matters.  Previously, for Yuki's birthday, I had prepared special suppers or snacks as a treat.  This year, however, I decided to try my hand at making a dog-friendly cake.  However, with just Yuki and Ellie here, a cake would have been far too large for them to consume.  Well, they could have consumed it, but I get the feeling a lot of it would have ended up coming back up.  So, instead, they each received their very own banana & carrot pupcake, complete with banana & carob frosting! 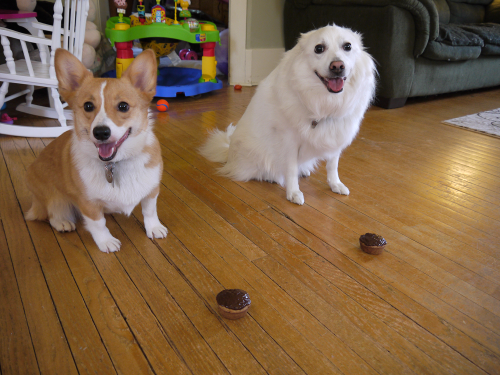 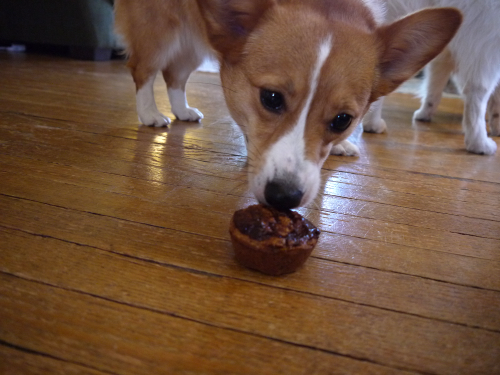 Both dogs really enjoyed their pupcakes!  They were surprisingly easy to make and I know exactly what the ingredients are, so no need to worry about some mystery ingredient making them sick!  Yuki and Ellie both had lots of fun today, even though it wasn't too different from a normal day, and I look forward to all of the fun years ahead!  Happy birthday, my little Ellie-girl!

Thanks, everyone, for the birthday wishes!  Ellie did, indeed, have a great time and has been getting little pupcake bits as treats all afternoon.  :)  She was quite happy after that birthday meal! 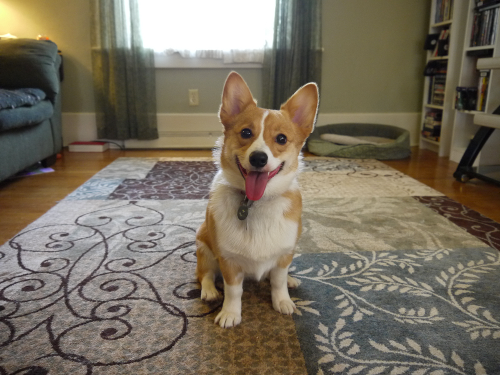 Yuki and Ellie are so lucky to have a super uber awesome mom! happy b-day Elli!

Happy birthday Ellie!!! And we also have the fox