Is your breeder's contract worth the paper it's printed on?

Here are some MAJOR red flags when you look at a breeder contract or "health guarantee."
1) The health warranty (which is what it should be called; nobody can "guarantee" health) runs out before the disease would show up. This is SUPER COMMON. People will offer a one-year warranty when OFA won't even certify hips before two years old. Other diseases (most heart problems, for example) won't show symptoms until the dog is fully mature. By making the deadline while the dog is still effectively a puppy, this breeder will very rarely have anybody complaining.
2) Forcing you to return the dog before you can get a replacement. This almost always stops any claims in their tracks - nobody wants to return a beloved dog, no matter how ill. Good contracts replace or refund your dog and do NOT ask you to return him or her.
3) Not knowing the difference between congenital, genetic, and inherited. Congenital means "present since birth." In other words, aside from injuries, illnesses, and toxic exposures, EVERY problem is congenital.
Genetic means that the dog's genes coded for the disease. Since all diseases - and even many illnesses and responses to injuries - are mediated by genes, EVERYTHING is genetic.
What you should be protected for in a warranty is INHERITED disease. In other words, stuff that represents a true oops by the breeder.
Ask your breeder exactly what problems will be covered. Ask them for examples of what is NOT covered. If they can't clearly spell out the difference, run away.
4) She's used words that don't mean anything. Lots of bad breeders will put a line in a contract about "female shall not be overbred" ("overbred" means nothing) or says that the dog should be seen by an "AKC veterinarian" (no such thing - though hilarious! I wonder what my vet would say if I asked to see her pedigree).
5) You are not forced to return the dog to the breeder if you can't keep it. Beware of lines that ask you to promise to find a good home for the dog or similar. The dog should go back to her, no questions asked, no requirements (I once saw one that said they would not take the dog back if it had been spayed, another that said they would not take the dog back if it was not current on vaccinations).
If the proverbial dog poop hits the fan, your contract is what you rely on to make sure that this dog has a happy ending or that you don't end up with a sad story and nothing else. INSIST that the contract be real, useful, and indicative of a breeder who really knows her stuff.

Comment by Carol Rea on September 13, 2010 at 1:45am
Good information! your explanations will help a lot of people. our first corgi had health problems from early on, there was no way that we would have take him back to the breeder as we were so in love with him and besides, she was developing Alzheimers! he was the end of her breeding, and we know that there was nothing that she did to cause his problems. I have never seen any of this put so well, however

Comment by Beth on June 23, 2010 at 10:26am
I think, though, that it can be tough to find breeders who offer the sorts of guarantees you are talking about, and even then that wouldn't help me much. I have two dogs, for example, and really could not handle three, so a replacement dog would do me no good at all. I agree 100% on the takeback clause if you can't ever keep the dog, and I wouldn't use a breeder who didn't offer that.

But for the health guarantee, they all offer different ones, and I think it's up to each puppy buyer to decide what's important in a health guarantee and what isnt't. For myself, I wanted to know that if the puppy (while still a puppy) got sick enough to be a major problem, and it was something he arrived with, that I could get a new puppy. But once he's grown, I wouldn't want a replacement dog if something went wrong, even if I could keep the original.

I don't think the breeder we used has the sort of contract you're talking about. She's been breeding for 30 years, got glowing references from several people including other breeders, is a judge, does some co-breeding with someone who does agility, is heavily involved in rescue, and has been an officer in her breed club. But she would likely not pass your health contract requirement, at least on paper.

Comment by Sky and Lyla on June 23, 2010 at 9:40am
Thanks for this post Joanna. Unfortunately, I learned this one quite by trial and error. When Sky was a year old I sent his "breeder" an email listing all the problems he had. I got a phone call where she offered to give me a new puppy if I gave him back. I literally laughed at her. I had just gotten through all the terrors of the puppy stage and had myself a dog I could live with.. .I wasn't about to do that all over again!! That's why they do that though. Very, very rarely will they have to follow through on it.

One more note I'd like to add, a good contract does not mean a good breeder! I've seen a handful of people that are maybe more ethical breeders than some, and have very good contracts, but are not breeding to the standard or for the right reasons.

Comment by Lynne Cerny on June 23, 2010 at 7:15am
I really like your #2! Our dog (before a year old) we found out had a bad right hip. The breeder offered our money back but would have taken Bucher and put him to sleep. How could we do that???? We couldn't! We still have him and he will be 9 in October, we baby his hip and love him more than we could have ever guessed! I will be sure to watch for that in my next contract!! 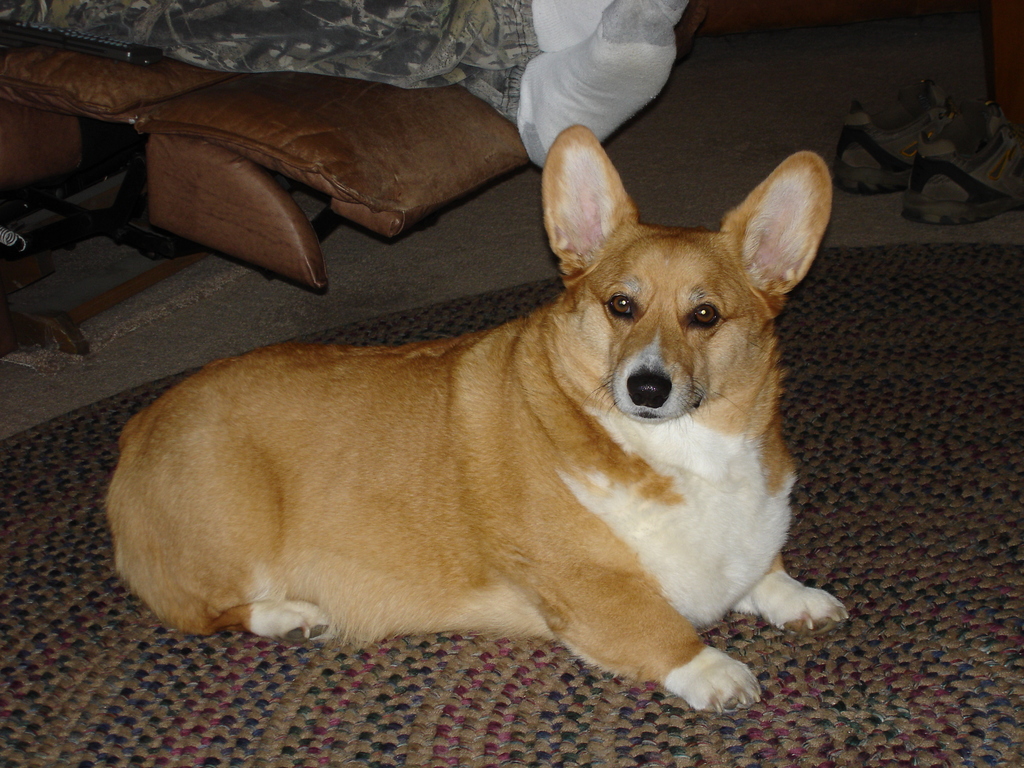