Enjoys long walks on the beach and raw chicken backs

This is a repost from my blog; the surgery I am talking about was to fix an icky-looking but harmless vaginal prolapse. Her caboose needed to be shaved but the surgery was flawless and as soon as the hair grows in she will look completely normal. She is spayed. I've had some interest in talking about her but I am looking for the PERFECT home and am not in a hurry. 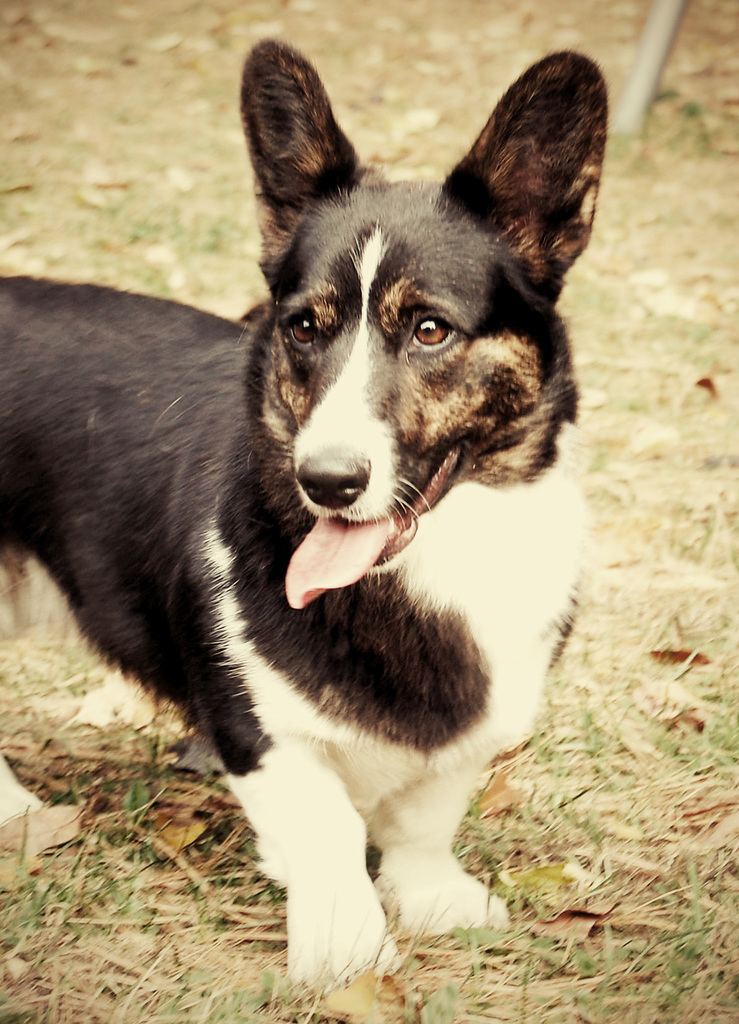 The kids and Doug and I had a major discussion and we've very cautiously and reluctantly decided that we're willing to place Bronte once she is fully recovered.

This is not about the fact that she's spayed or is "no use" to us anymore. Nothing could be further from the truth. It's because she lives in a house of very pushy dogs and she is the ultimate non-pushy bitch. She'll be sitting on the couch and one of the other dogs will walk over and give her the stink eye and she'll slink off the good seat and go sleep under the dining room table.

Having her in recovery here, which means she's alone with me much of the day, has showed me how much she ADORES being the only dog in the house. Once the first few days of pain and sorrow were over, she decided this was the best thing ever. She luxuriates on the couch, she talks to me, she wags her tail and woo-woos whenever anyone walks in the room. She's silly and responsive and affectionate in a way that she feels she can't be when the other dogs are competing for her space.

So we would like her to go to a home with at most one other dog, because she does LOVE dogs, but we'd really prefer that she be the only dog in the home if possible.

Bronte, who just turned three and should have another ten or twelve healthy years to give, is the ultimate, ULTIMATE "good dog." In the house she's quiet, happy, and undemanding. She adores kids, loves other dogs, will stand back when new people are introduced but once you tell her they're OK she'll gently approach and give a little kiss. She's a bit of a worrier, as many Cardis are, but she's not spooky or shy. Outside she is a ball nut who will play for hours.

She's super obedient, knows her basic commands, and loves training. The other dogs will get bored and wander off and she'll still have her eyes fixed on me and be throwing me sits and downs every time I glance at her. I could walk her on dental floss and she wouldn't break it. She would be an unbelievable rally dog. She's also shown a strong understanding of tracking and she has herding instinct.

I would prefer to not have her go to a serious agility home because she is built very low and has huge bone. She's not a heavy bitch but she's "too much" for me to be comfortable with her jumping repeatedly. Also, she had Lyme disease very seriously a year ago; she is fully recovered from that but has some stiffness in her stifle joints (not enough for anyone but me to notice, but I do see it) and she should stick to work on the flat. There's no reason she cannot work hard and be athletic for many years to come, however.

If she is placed, she will go with an ironclad contract and MUST be returned to me if for any reason she cannot live out her life with you. ANY REASON. I want to hear nothing but glowing reports about how much you adore her and how well she's fitting in; if there's any hesitation or problem I want to be immediately involved and I want it solved. This dog deserves so much and she will give you so much in return.

If you are interested in inquiring about her, drop me a line. She needs to stay here for at least another couple of weeks to ensure that her recovery is complete, and I am in no hurry to have her leave. If I thought I could give her as happy a life as she'd enjoy being the queen bee at someone else's home, I'd never let her go. Her placement fee would be negotiable – which means that I do ask a small amount in order to weed out people who are making an impulsive move, but if I know you or you have someone to vouch for you and the placement is ideal that's the important thing to me.

Comment by Natalie, Lance &Tucker on July 8, 2010 at 1:53am
Bronte is beautiful!!! If only....one day I may add a second corgi, but right now is just not the time. Keep us posted on this beautiful girl.

Comment by Alison Prasavath on June 25, 2010 at 3:25pm
If only I lived closer, I would take her in a heart beat. She sounds just as mellow as Noodles and we have 4 couches in the house, they each could have their own. Please keep us all updated. She sounds just wonderful and I'm sure this breaks all of your hearts having to let her go. It shows how much you all love her for realizing she might be happier elsewhere.

Comment by Sky and Lyla on June 25, 2010 at 11:03am
Sweet Bronte. I would love her but she wouldn't be any better dog number wise at my house! Good luck finding the absolute bestest home ever!

Comment by Jane Christensen on June 25, 2010 at 7:58am
Oh what a beauty! I can't wait to see when she finds that great forever home where she will be the queen!

Comment by Bev Levy on June 25, 2010 at 7:43am
She is a beauty and I can tell how much you care about her. Good for you for recognizing that she may be happier elsewhere. I can't wait to hear she has found the perfect home!

Comment by Joanna Kimball on June 24, 2010 at 10:53pm
Oh, and I should add that she's hip-checked, CERF normal, and not at risk for DM. She can't be bred, of course, but those mean she shouldn't shock you with any of those problems as she ages.