It's official! (and some realizations) 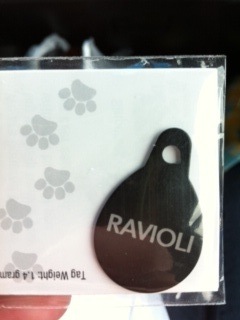 that's his name and i'm sticking to it! the time is finally drawing near; the breeder is dropping him off saturday afternoon! i lucked out because she happened to be coming my way for a dog show and offered to drop him off so that i don't have to drive 8 hours to get him.i'm extremely excited and i've finished off my puppy shopping this week. if there is one thing i learned, or i should say that i realized, is that dogs are not cheap. hold your horses and comments people, i did do all the research and went into this knowing that having a dog wasn't cheap, and i budgeted accordingly. but the reality really hit me when i swiped my credit card for almost $200 dollars at a pet store for items that would either eventually be destroyed or grown out of, therefore rendering them useless. i spent $15 on the smallest bag of dog food because 1. he might not even like it and that will just end up being money wasted and 2. i realized that there are more than 5 brands of dog food (and 800 types WITHIN those brands!) and i don't know the pros and cons of all of them. i just know from reading this site (and others) the ones that are backed up by the community. consequentially, none of those backed brands are cheap. out of fear i may kill my new puppy because the kind i bought might have rat poison in it and out of the fear that one day down the line my dog might grow a 5th leg or have his nose fall off because the food i've been feeding him the past 8 years was made with radioactive chickens raised next to a nuclear plant. but the thing is how do you know these things? it's like the children's toys from china made with lead paint. they didn't know until after tons of toys had already been sold and used by children. i looked up the brand of food my breeder said she was using and she "swears by it" and refuses to feed her dogs anything else and found out that there were recent recalls on some of their food because of the presence of salmonella, which is threatening to both humans and dogs! thankfully the exact type that was recalled wasn't the one that she was/is feeding my puppy. i'm going off on tangents. the point is, i bought one of the more expensive dog food brands because it seems the most trustworthy. i hope this puppy realizes all that i have and will be doing for him in the future, and in return does me a solid and stays out of trouble in order to avoid pricey emergency vet bills! moral of the story: dogs ain't cheap, and if you're considering REALLY look in to what you're getting into in the first year and make sure you budget accordingly and are prepared to handle it financially. people aren't lying about that! thankfully my breeder already got his 3 series of puppy shots done for me.. that's $75 saved for me. man, i might just be like my sister and sew my own doggie bed. pillows are the easiest things to sew and was the first thing i ever learned how to sew, and a puppy bed is essentially a giant pillow. plus i can pick whatever pattern i want and make it unique and more stylish than the boring muted solid colors the pet stores offer. no thanks martha stewart, i'm not going to pay an extra $30 to get one of your "stylish" pet beds (which are still just solid colors.. at least they're not brown, maroon, and camouflage-green)

again, i'm going off on tangents. i'm going to end it there, i just wanted to share my insight.

Comment by Kaley and Ravioli on April 18, 2012 at 4:05pm
It does!!! The week just keeps dragging on so slowly.
He'll be 4 months old on April 25th. I found the breeder when he was almost 3 months. He was the last one she had in the litter, just for me! =) she offered to hold him for me for an extra month so I could move into my new pet friendly apartment so that's why I'm getting him so late. He was born December 25th and my birthday is December 26th! We can have joint birthday parties, haha

I love that old tv idea! That is awesome! Becky--I know exactly what you mean! It's a constant struggle to remind the dogs that the rope is for tug, NOT the stuffed toys! LOL

yep, bought a new toy last night.  Each pup grabbed an end and pulled, ripped it in 1/2 in less than 10 minutes!

that idea about the quilts is really awesome. that might be something i'll have to look into. buying old quits from a thrift store is probably even cheaper than buying fabric and stuffing!

and making my own dog treats is something i'm surprised i didn't think of before.. i'm in a professional agricultural sorority at my school (half of the girls in it are in pre-vet and work at veterinarian, woo free vet advice! to a degree of course since they aren't yet in vet school) and our philanthropy is the Baton Rouge Animal Shelter. we usually make our own bone shaped doggie treats twice a semester and donate them to the shelter. i need to get the recipe!

speaking of thrift stores (jumping back to first topic..) i saw this really cool idea for a little dog house. it looked so simple, until i actually read what you have to do.. it's still fairly simple but requires a lot of tools. so maybe i'll just save that for later.. anyway, it's cool and i wanted to share

how awesome is that?! mark my words, i will one day make one of those! i see them at Good Will all the time

Making your own pillows is great!  One suggestion, though....if you can make them so they are easily washable, it'll make life easier!  Also, Snickmom's idea of old quilts and such is excellent, as well as making your own dog treats...much cheaper and you know where the ingredients are from and exactly what goes into the treats!

My dogs sleep in crates and I bought some quilts at the thrift store, cut them into sections, sewed the cut edges and use those in the crates. They are easily washed and the dogs can move it around to make a nest. I cut a twin quilt in half and a queen size in thirds.

Definitely the reality of things! And keep in mind that the first bed will be just that--the FIRST bed. It will be a chew toy in no time at all and there will only be little remnants of it left!

Kaley: thank you for the laugh! I am also surprised at how much I spend at the pet store for grown dogs! dental chews, treats, bisquits, expensive dog food, etc. If you have time, there are recipes for doggie treats, and making your own pillows is a great idea! I can imagine the time between now and Saturday seem like forever! Puppies are so wonderful, give Ravioli a hug for me please.