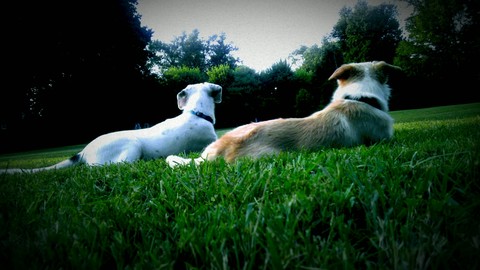 Sitting at home alone right now, and thought this maybe the best place to vent,

I adopted Link from a kill shelter on 7/7/11, He quickly had a place in my heart. I had never met a dog like him, so well mannered, just wanted to be loved at all times. 2 weeks after having him he began vomiting, and vomiting and vomiting. I took him to the vet they thought he had an upset stomach that had caused ulceration. So we got medication, He started feeling better so they told us to keep him on the medication, a few days later it started again. So we took him in to do xrays, 5 people said he had an obstruction, and that they would have to have surgery. I was sad but happy at the same time, i knew he was going to be better after the surgery. After surgery, he was a completely different dog, he was so happy, so we went back to the normal life of having a dog. 1 week after surgery everything went down hill again, We were going to the vet, every other day. Link was unable to eat or drink, then it go to the point where he was vomiting all of his medication up. They vet taught me how to give him shots, I was giving him 6 shots a day. He wasn't getting better They told me they needed to run some test on him, which would of been over $2000. I had just spent almost $1800 on Link, and he continued to suffer. Sat 8/13 I came home, to find him hiding in the back of a closet, not wanting to move and whining. I called the vet, and I decided we needed to put him down. I hated seeing him suffer, i hated i had to give him so many shots, when I was at work, It got to the point i didn't want to come home, i didn't want to see him hurting. I felt so helpless, i was doing everything i could do for him, I put my self in a financial situation I didn't have enough money to even eat for a few days.

I know I only had him for 5 weeks, but he was my little man and I loved him more than anything. He was everything to me, even when he was in pain, when he saw me he struggled to be excited, but he would try his hardest.

When we took him in on Sat, it was the first time he wasn't a nervous wreck at the vet. My Vet took him back to give him pain meds, and he looked so happy because he wasn't hurting anymore. Link laid in my lap, and he little ears were up, and he just kept looking at me and poking his nose on my face and then licking my tears.I just smiled at him and talked to him, it was awesome seeing him pain free. Finally the vet came back in and we placed him on the table,Link stared into my eyes until he was gone.

Its be so hard, I feel good about my decision, it was the best thing i could do for him. I hate that he isn't here with me,  I hate being home, I could always here him following me from room to room. He isn't at the window anymore when i leave, he isn't laying at my feet when im getting ready for work, or snuggling with me on the couch when i had a bad day at work. I felt guilty at first, i felt like maybe i didn't try hard enough, but emotionally i didn't know how much pain i could keep putting him in.

I have been trying to think positive, I am glad we adopted him, if someone else did who knows if they would of spent as much and gave as much love as I did, knowing he people who loved him so so much, I know he had a better life with me and my boyfriend than he did before.

I keep thinking this was meant to happen, Maybe it was Gods plan. Link was sick before I adopted him. Maybe God wanted to give Link more time, and he wanted him to have a chance at have a loving family so he could die knowing what love was. I just wish he could of had many more years with me.

I want to adopt another dog soon probably another corgi rescue. I know it wont replace Link, but i feel like I gave Link the best life, and I feel like he would want me to take another dog in and give the a chance at a wonderful life  full of love like Link had.

Link was my first dog I had adopted since I lost my dog to cancer as a child.

If anyone had any advice for me, i would really appreciate it. 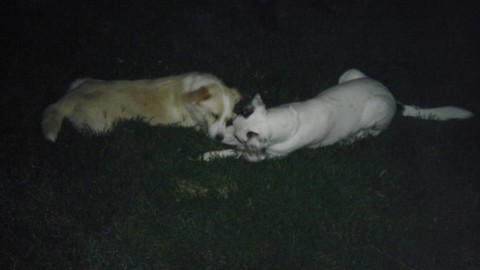 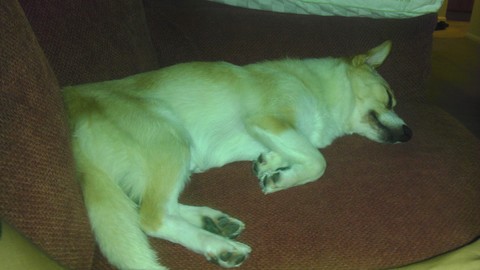 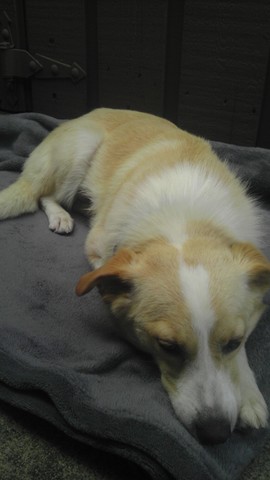 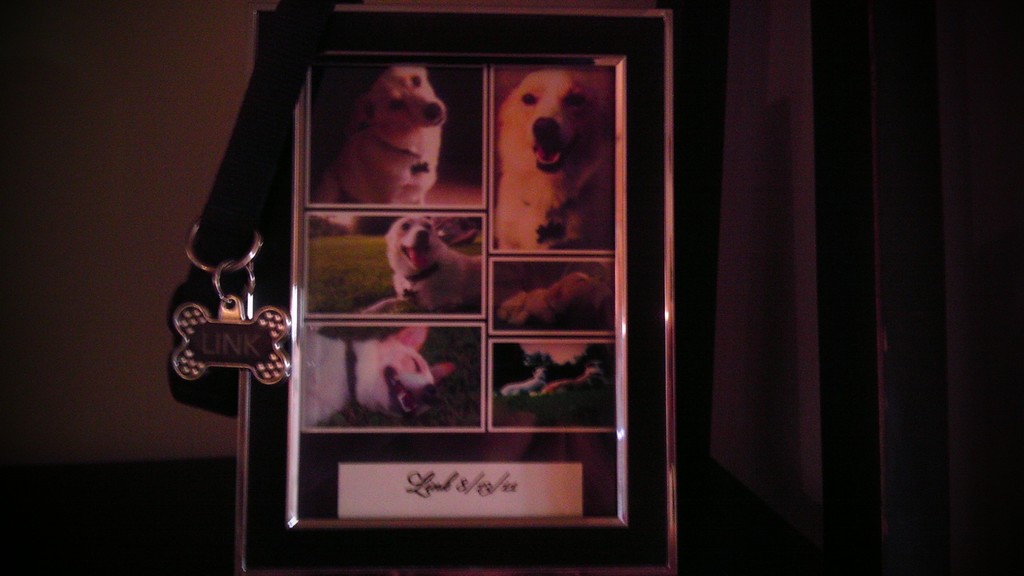 Comment by Alison Prasavath on August 20, 2011 at 10:03pm
I'm so sorry to hear about Link. I had tears streaming down my face as I was reading all you had to go through. What a tough decision you had to make. Thank you for giving Link lots of love.

I cried reading your story of Link. :( I feel your pain as I lost my Daisy a year ago this month. I know you did everything you could for Link and he is looking down at you with that Corgi smile saying thanks for loving me so much Mom. They will never leave our hearts. . . .

Comment by Rebecca on August 19, 2011 at 10:08pm
Oh, i'm so happy this lady came into your life. I guess you can say she was a god sent. And i;m sure Link would want you to be happy again. Link will always be with you, in your heart and soul. It's sad thou, that he was so young.  Blessings to you and your new puppy to come.  Let us know when it happens.

Comment by ashley rena holland on August 19, 2011 at 9:32pm
I just wanted to thank you guys for all the comments, every time I have gotten down, i have got my phone out and read these.
Rebecca, Link was 1yr 6months, so he was still a baby :( They were kinda thinking that it could be pyloric stenosis, but i am not sure.
I was actually at work the other day, and a customer came in, I guess I had mentioned Link to her a few weeks ago. Long story Short, she is a Corgi breeder and after I told her what happened, she wants to give me a corgi puppy that will be ready in a few weeks.
I think that would take care of the emptiness in the house.

If someone comes into your life and becomes a part of you, but for some reason he couldn't stay, don't cry too much...just be glad that your paths crossed and somehow he made you happy even for a while. ( I read that somewhere, one of many things helping me stay positive)

Oh Ashley, my heart breaks for you. Your story has me crying. You are such a wonderful person to do what you did for Link. I'm glad he found you, can't imagine how much pain he was in. He was lucky to have such a caring and loving person. I'm so sorry you had to go thru all that, its so hard. Just he could of spent more time with him.

Do you know how old he was when you go him. Did you ever get any answers to what the problem was?

Comment by Gromit, Sparkle, and Doug on August 19, 2011 at 5:27am
You took Link in when no one else wanted him and I think he sensed that and gave you back all that he could while he could.   You gave Link love and respect when he needed it most and he helped you learn what an excellent human being you are. Your brief friendship was a huge success.

Comment by Geri & Sidney on August 16, 2011 at 1:08am
Your story has me crying. I'm so so sorry. I'm sure you are right, Link was brought into your life so he could know love. And you gave him so much love and did all you could for him.

Comment by Gail and Ashton on August 15, 2011 at 7:57pm
He may have only been with you a short time but that time was obviously filled with the love of an entire lifetime. Our thoughts go out to you. Deepest sympathies.

Comment by Bev Levy on August 15, 2011 at 7:54pm
You gave him love when he needed it and he returned it. Missing them is always difficult but I think it is worth the pain, Eventually you will have room to love another dog/puppy and that will be a tribute to the feelings you had for Link. Corgi hugs!