Today Ziggy had another Corgi-Spa-Palooza with George, the super-awesome-Corgi-dad I met at work! The difference is that this time I GOT TO GO! I was able to trade a shift with a coworker so that I could go instead of making my boyfriend trudge along ;P Hehe. The fact that I got pics was of course just a minor plus (major sarcasm there with the minor bit!).

When Ziggy saw George's car, he went mental and about killed me while tugging me down the steps! It made me happy to see him really like someone that he didn't get to spend much time with. He really seems to like Nickers, who is more laid back over Poppy, who wants to herd and be the boss of everyone at the same time.

Anyhow, the only pics I got to take were of them when we dropped them off, and mostly of Ziggy and Nickers as Poppy was too busy blurring around the room, herding all dogs in sight! :D Anyhow, Nickers is the brindle Cardigan and is a female. Nickers is the Fluffy (his cut is kinda maintained so his fluff isn't as fluffy as it could be) RHT Pembroke male who you won't get to really appreciate! Hahaha :) But that's okay.. Corgis gotta Corg.

Well, here are the pictures! 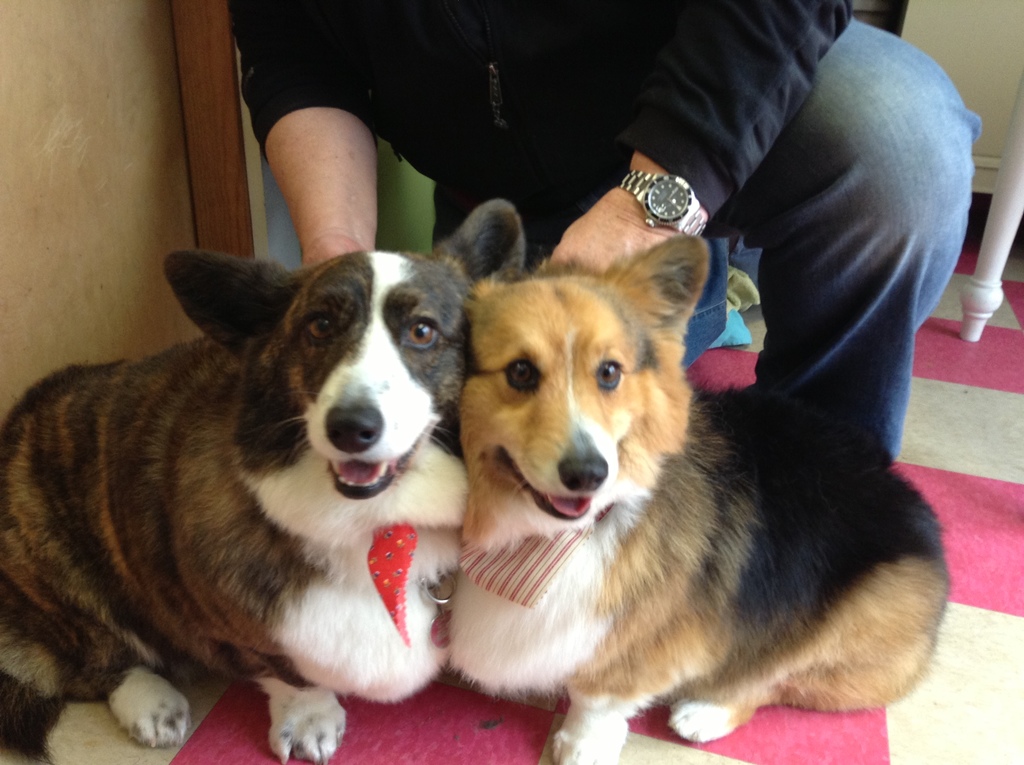 Julie (the groomer) had done something that caught both their attention at the same time! I thought that this picture was very cute haha :) Maybe I'm just nuts but it's really nice to see him with other Corgis! 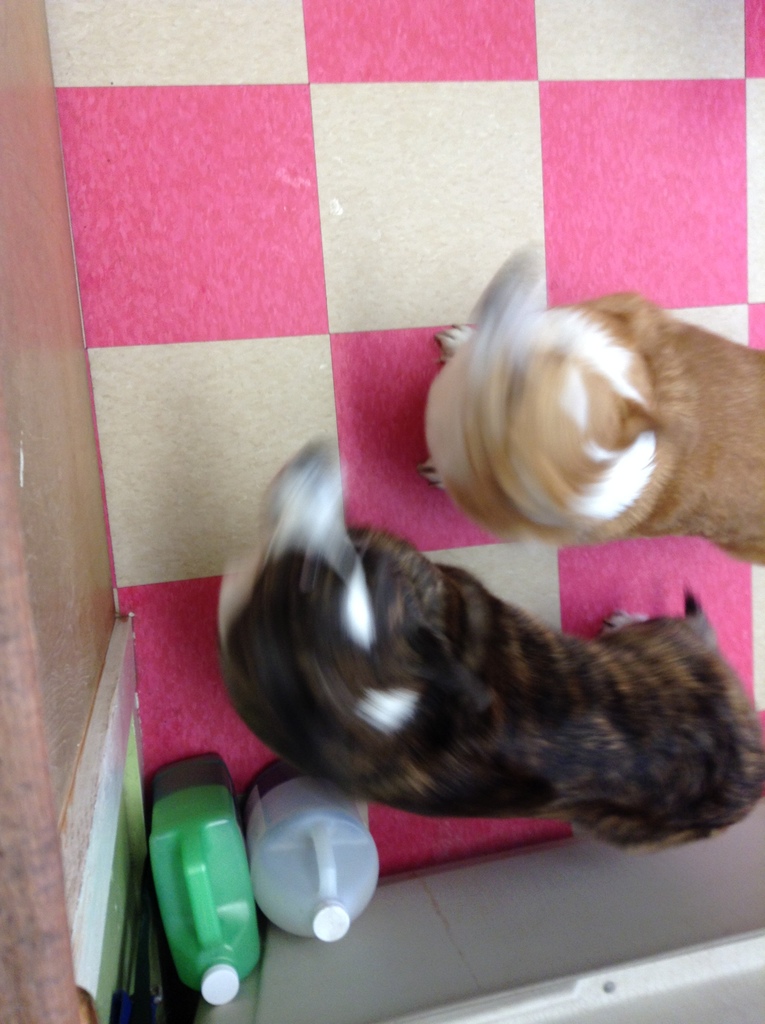 Good thing I am learning to deal with blurry pictures, because Poppy makes focused ones impossible-at least with my iPod's camera-LOL! Here is the only pic I got of all three of them! 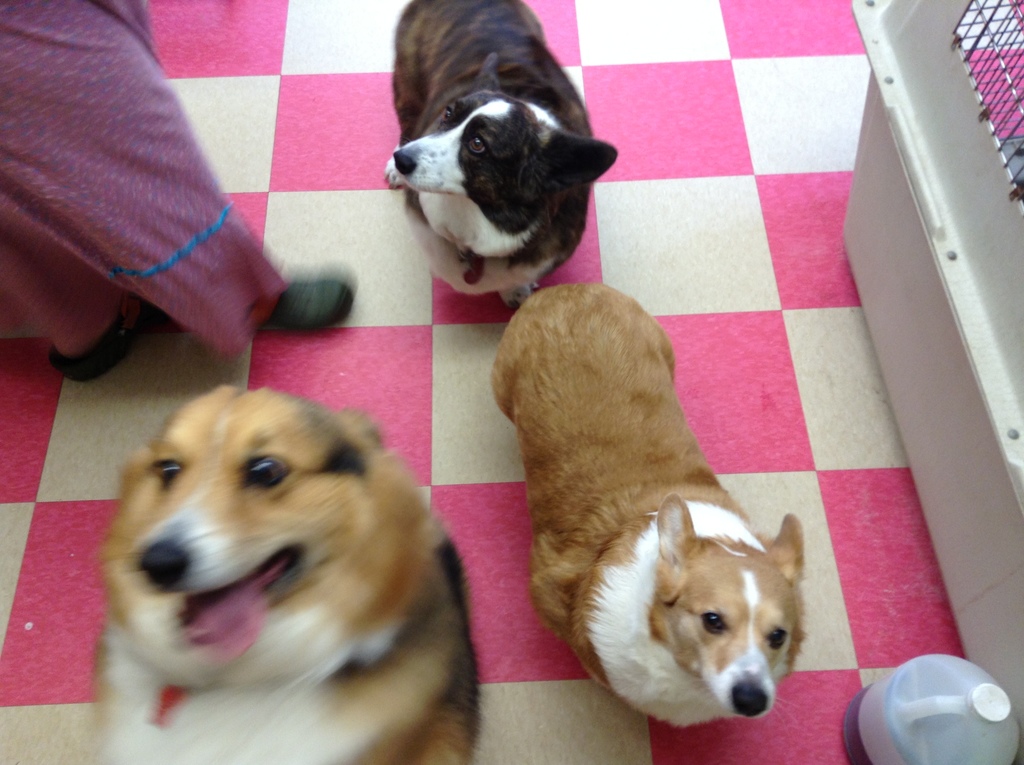 Nickers just because she was being so generous and patient with my camera and I and she's just beautiful. 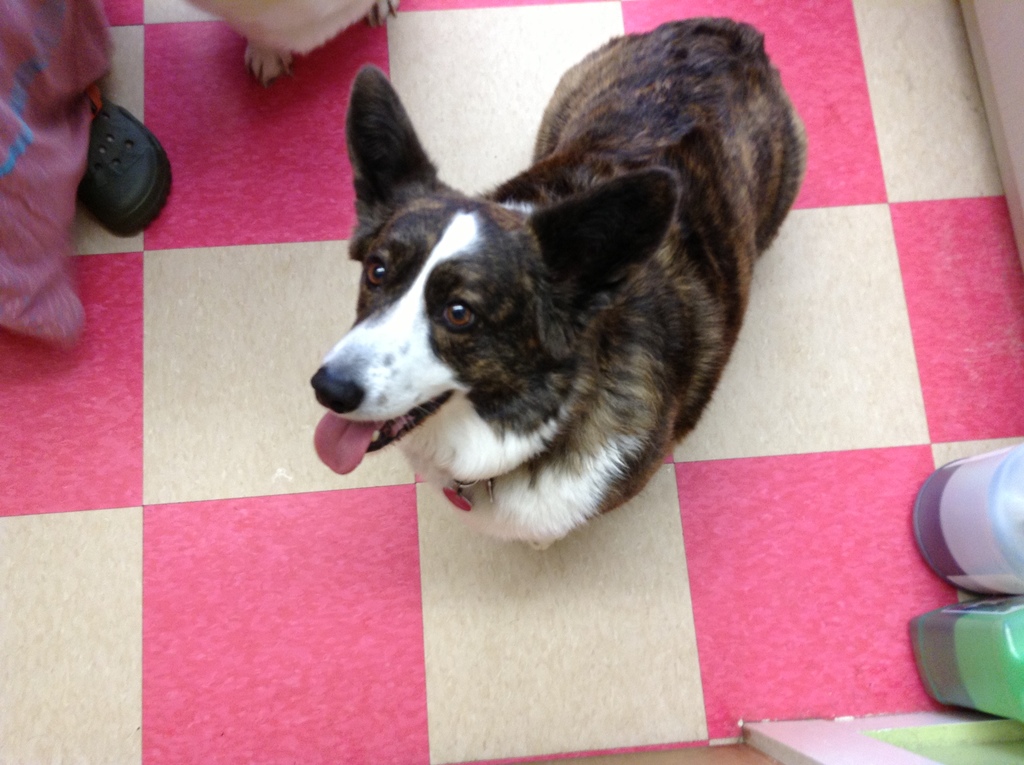 That's about it except Ziggy when he got done being dried and got to come see me after I had left him there and spent the afternoon doing Corgi people things with a Corgi person! (Normal people things, but done by Corgi people? I guess lol). 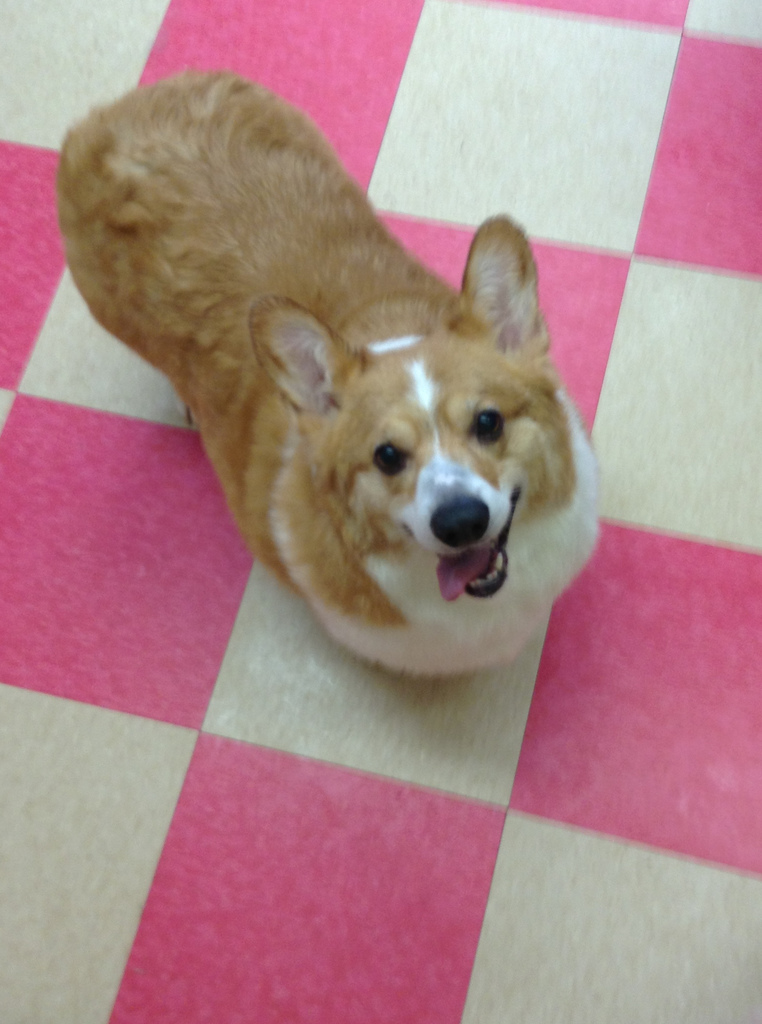 And now, just so you all know how grueling and tortured poor Ziggy really is, he's asked me to recreate an event that occured today while at the groomers! How he ever even made it out is just a mystery. 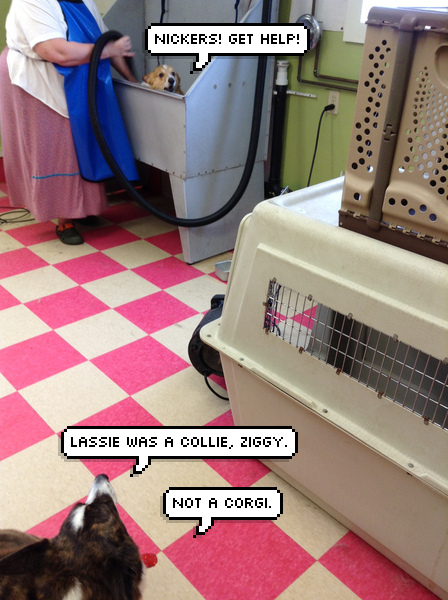 Today was great fun, probably much more so to me than to Ziggy haha :) Hope everyone enjoyed the pictures!

Looks like a good day all around!  My fluffy's groomer does a great job keeping him looking like a ffuffy but without the totally long fur also.

Comment by Bogart the Cardigan on March 8, 2013 at 5:47pm
Looks like a great time! We have a Corgi play date tomorrow afternoon, can't wait!

I'm so envious that there is at least one corgi person near you!  :)  I hope Ziggy enjoyed his day at the spa!

Thank you this great post!!!  The corgis are all so adorable!

I'm so glad you are meeting corgi friends!  And a cardi at that!  It's good you could go along and visit!

Thanks for sharing. Looks like a fun day had by all. Give Ziggy kisses and belly rubs from me.

great pics, how fun for everyone!!!