So yesterday morning we woke up bright and early and headed off to our first dock diving trial! This one was hosted by NADD/AKC. We were a little surprised to show up and see a TON of Golden Retrievers (their club decided to come together), two labs, one German Shepherd, and NO "little" dogs. No matter, everyone was very welcoming and loved that a Corgi came to dock dive. We got in line to do our practice jumps-- Tucker flew off the dock no problem with plenty of confidence, and everyone cheered for him!

8AM rolled around and it was time to get the trial started. We were 7th in line. Tucker was super jazzed, barking at all the other dogs jumping, and tugging on his wubba. He was pumped! Here's his game face: 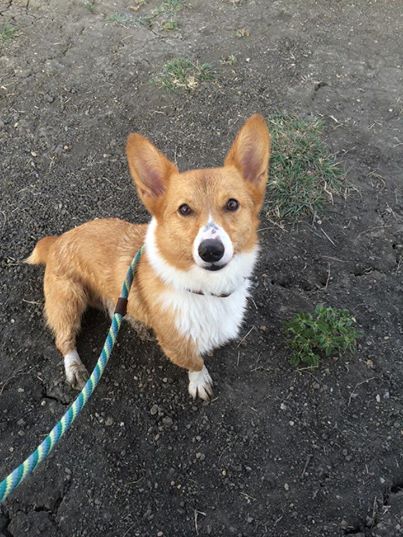 A "splash" consists of two back-to-back jumps. The better of the jumps in the one that is recorded for your score. Your distance is when the dog's hind end enters the water. Tucker's first jump was 10' followed by a 10'3" jump. Because Tucker is under 17" tall, he is considered "lap dog" (yeah, I know) and is judged to different standards than the big dogs. Five jumps in one division earns you your first title. This jump was considered "senior division". Here are the scoring guidelines for the smaller guys: 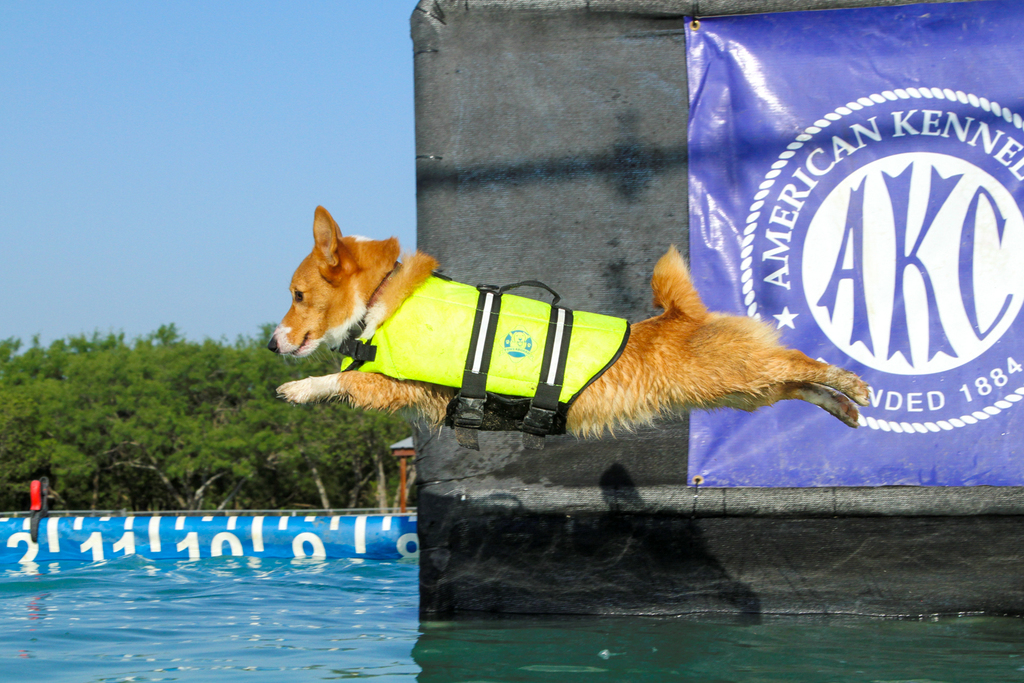 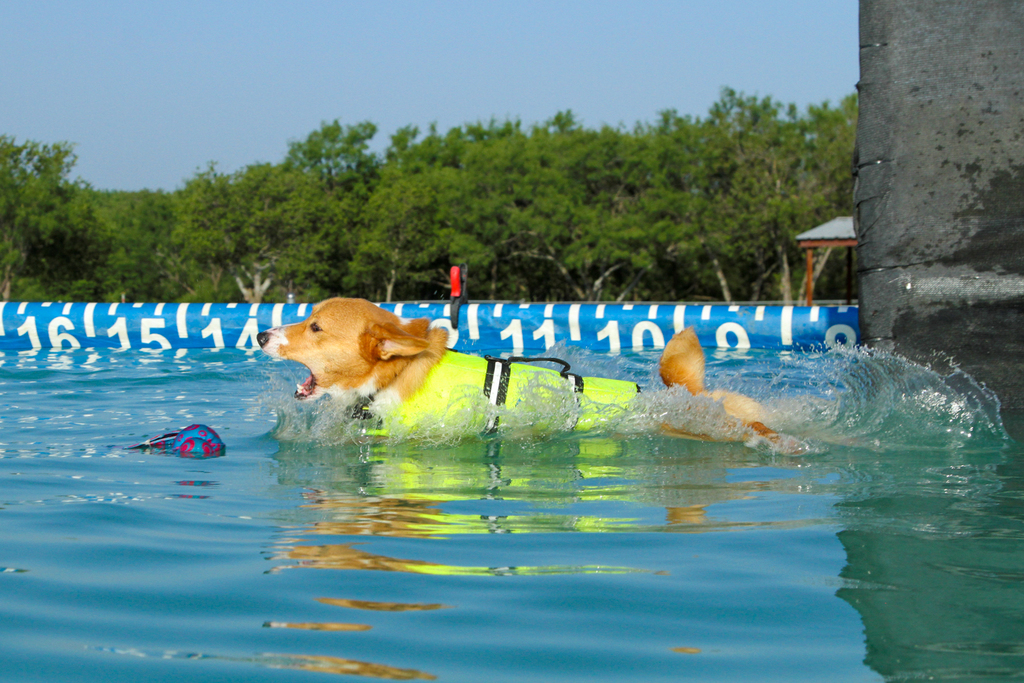 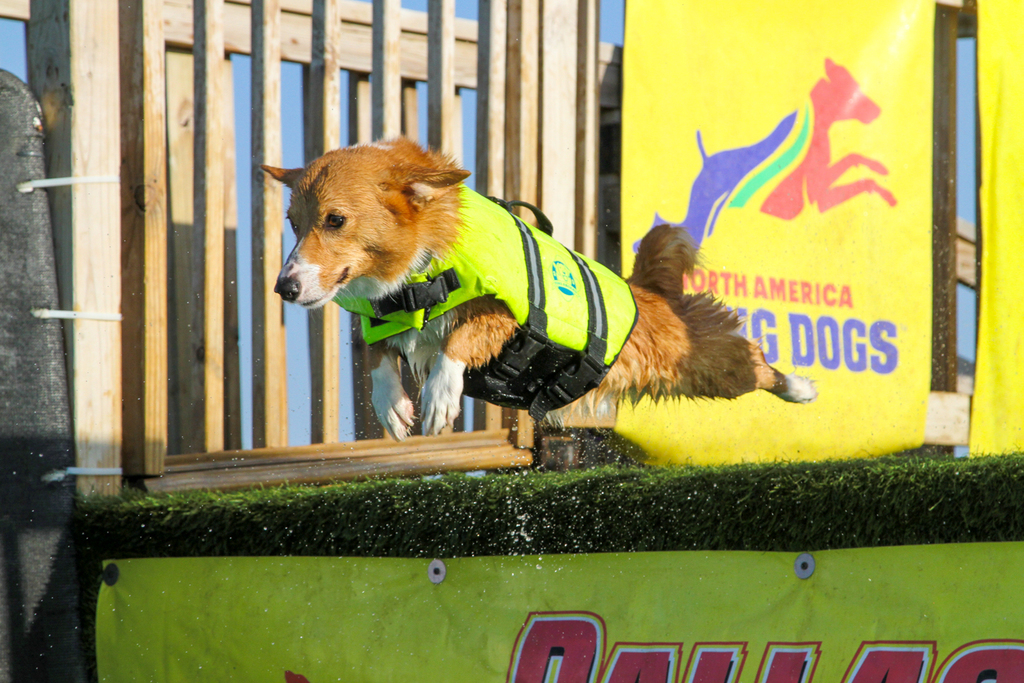 Then it was time for our second, and last, splash. I only signed up for two, but there's 4 or 5 if you want to stay all day. Handler error... I released Tucker to go jump while there was still another dog exiting the ramp and he got sidetracked. He did go get his toy with a little prompting, but since he jumped from a standstill, he only managed to jump 7'. Good thing it's the best out of two! He followed it up with a great jump of 11'!

Click here to see a clip of one of Tucker's jumps! 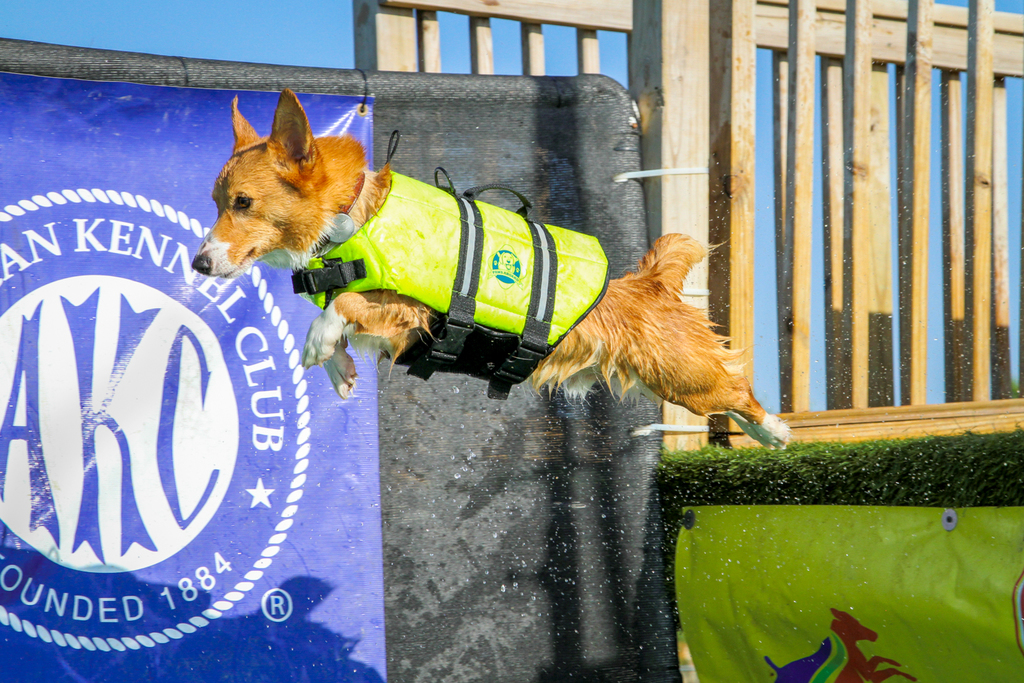 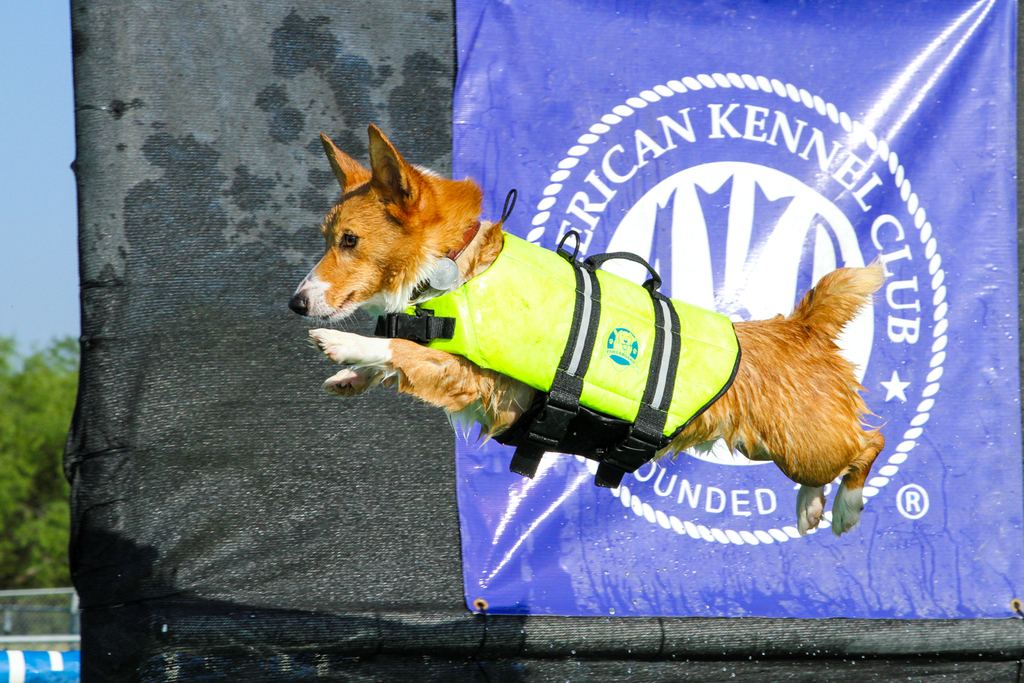 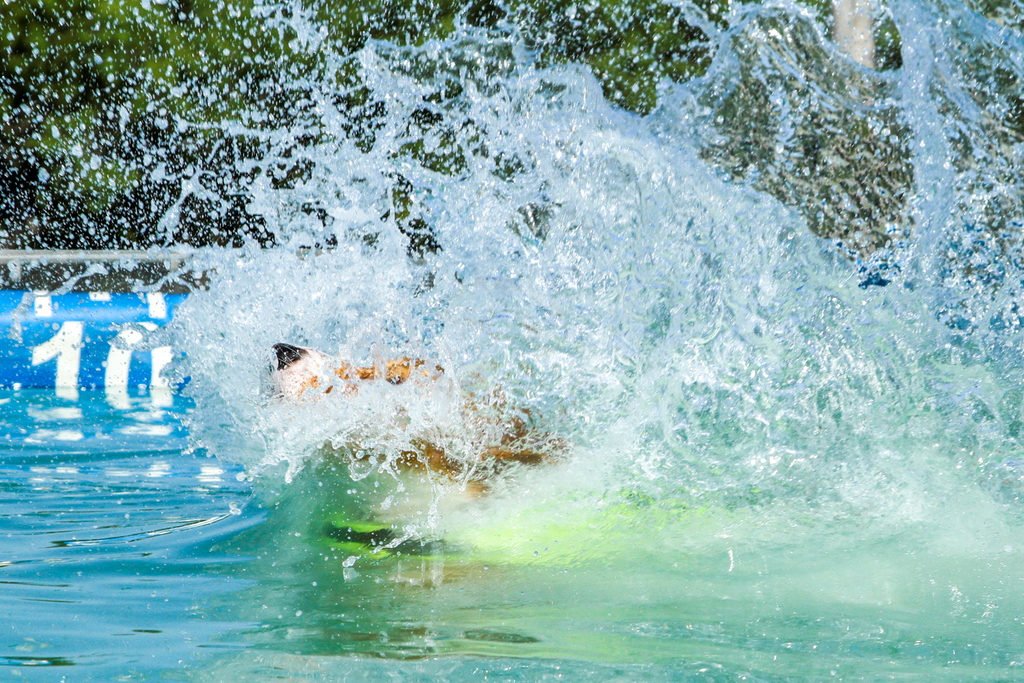 We ended the day with two qualifying jumps towards our Senior division dock diving title and had a lot of fun! Can't wait to do it again!

Hey everyone, thanks for your kind words! We will probably go to another one in August. I'll keep y'all posted. :-D

Vicky-- if your pup likes water and loves toys, they can learn to do this! They start by jumping in the water from the ramp (not pictured) and work their way to the dock. Tucker is jumping to get his Wubba toy and bring it back.

Beth-- Madison looks like an adventurous gal! Look at that splash!

I don't have pics of her airborne on here, but here is the splash she makes going in. 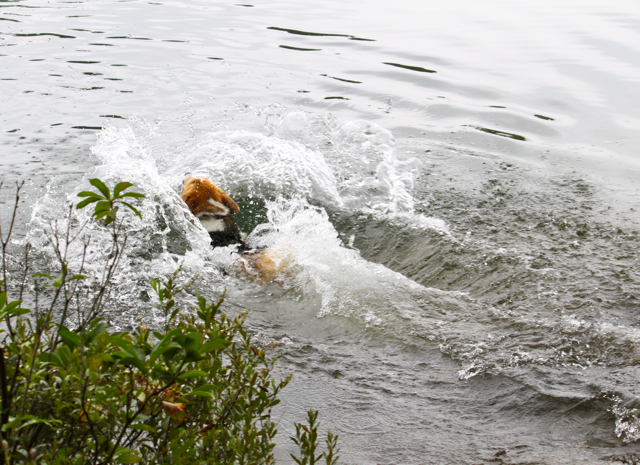 Vicky, my Madison (before her meds made her wobbly) used to do flying leaps from the shore all the time.  We never trained her;  she just loved the water and jumped right in.   My other guy is a wader..

Wow! Look at him go!  That is so extremely cool!

How on earth did you (or the trainer) persuade him to do that? It would be interesting to know how a dog can be trained to perform like this.

Looks like Tucker had a great day and that's what counts!

Look at that form! It must've been such a fun day for you and Tucker. Good job buddy!

Comment by Diane on July 27, 2014 at 11:01pm
So cool! Great photos... The trainer I worked with does a lot of serious dock jumping with her malinois and told me that there were corgis at the events. I was having a hard time envisioning it :-). But clearly tucker is up for it!

WTG Tucker!!!!  Who would have thunk that those stumpy legs to get them out to 10 feet and more.