Our Dee Dee girl passed away this afternoon.  Her last moment was spent in one of her favorite place, in her car seat in the car.

After miraculous recovery from her brain tumor back in August, she was doing really well.  She was almost back to normal except for her shaved head.  But it changed this past Sunday when we were woken up by her violent seizure at little after 1 am.

We immediately called the emergency vet in the area (VCA), and was told that one seizure is ok, and perhaps, we can make an appointment to see the neurologist on Monday.  We said we would call back if that's the case.  Soon after, she started to have another seizure.  We instead, called the vet at UC Davis where her last MRI was taken back in September.  They have neurologist on call 24/7.  Their neurologist told us that having one or two seizures is ok but if she starts having more seizures or any seizures lasting 5 minutes or longer, then she needed to be seen immediately.  We hung up the phone. She had two more seizures before we called him back.  In between major seizures, she was having smaller scale (just her eyes, head, and mouth, but not legs or body).  By the time we arrived to UC Davis at around 2:50 am, she has had 7 major seizures and numerous small ones.  They took her in immediately and gave her anti seizure medication.

We left her there that day, but she was doing well, and was moved from ICU to regular ward that afternoon.  She had an MRI done next day.  They said that there was swelling around left cerebrum, where she had an issue last time.  But they were not sure if the swelling caused the seizures or seizures caused the swelling.  On Tuesday, she came home with anti seizure medication and steroid (anti inflammatory).  She had issues walking since her back legs were trembling a lot and not functioning well.  But she recognized us and responded to her name.  She was excited and happy during meal time.  We thought she was getting better.  It might take a while, but she is getting better.

This morning when I gave her medication and fed her, she looked normal.  Excited, happy to see me and food.  It was around 7 am.  At around 9:30 am, when I flipped her to her back, she started coughing and almost sounded like she was going to vomit.  The cough sounded very mucous-y and did not sound good.  I was concerned, so I took my stethoscope out and tried to listen to her lungs to make sure they weren't wheezing.  I couldn't hear her lungs, but I noticed her heart was racing and she was starting to whine.

She walked towards the sliding door, signaling us that she needed to go out.  She has been wearing diaper since we brought her home on Tuesday, but she hadn't really been using it.  But when I was about to let her out and took her diaper off, she had already pooped.  We took her outside, and she peed.  She also has been walking and walking and walking.  That was one of her neurological symptom, but she would sit and rest when she gets tired.  She was walking around the back yard as usual, but didn't seem right.  She seemed sad, and was walking slow.  We brought her back in, cleaned her, and put a new diaper on.

She was breathing hard, and didn't want to move.  My husband tried to calm her, but she didn't seem to get better.  We took her back to UC Davis.  They put her on oxygen immediately.  They said that her oxygen level was down to 86%, which itself is not that bad.  The thing was that she didn't seem to be getting any better.  She was put in oxygenated cage.  We left her there, but I had a feeling that we needed to be nearby, so we just went to downtown Davis instead of driving back to Sacramento.  They said they would try to get xray once she is more stable, and give us a call around 4 pm with update.

At 2 pm, we got a call.  Her condition was deteriorating.  They did take xray and showed she is suffering from acute pneumonia.  She is almost in comatose state, and they needed to intubate her.  We told them that we would be there in 5 minutes.  The doctor said that she may not make it till we get there.  We ran up to the emergency clinic.  We were led to the ICU where Dee Dee was laying in the cage with oxygen mask.  She was breathing heavily.  We called her name, and saw her ears react, but faded very quickly.  We knew it was time.

My husband and I discussed previously that when the time comes, we wanted her last place to be either at home or in the car which she loved.  So we asked if we can move her to the car to let her go.  They agreed.  We took her to the car, put her in the car seat, and said our good byes.  We thanked her for all twelve wonderful years, we are sorry we couldn't fix her, and I told her that she was going to sleep like she does every night.  I held and kissed her forehead, and told her "night-night" as I usually do when we are going to bed.  In a few seconds, she was gone.

We got Dee Dee from a breeder in Ocala, FL when she was 8 weeks old.  She moved with us from Orlando to Atlanta, then to Akita, Japan, and to Sacramento.  She loved her meal time, cookies, and car ride.  She was very passionate about getting food, and did anything for food (lots of tricks).

We will miss you very much our little girl.  You will always hold a special place in our hearts.  You are and always will be our first dog.  No one can take that away from you.  Thank you for 12 wonderful years.  We will meet again someday.  Until then, enjoy endless cookies and peanut butter, and squirrel chasing.  We love you very much. 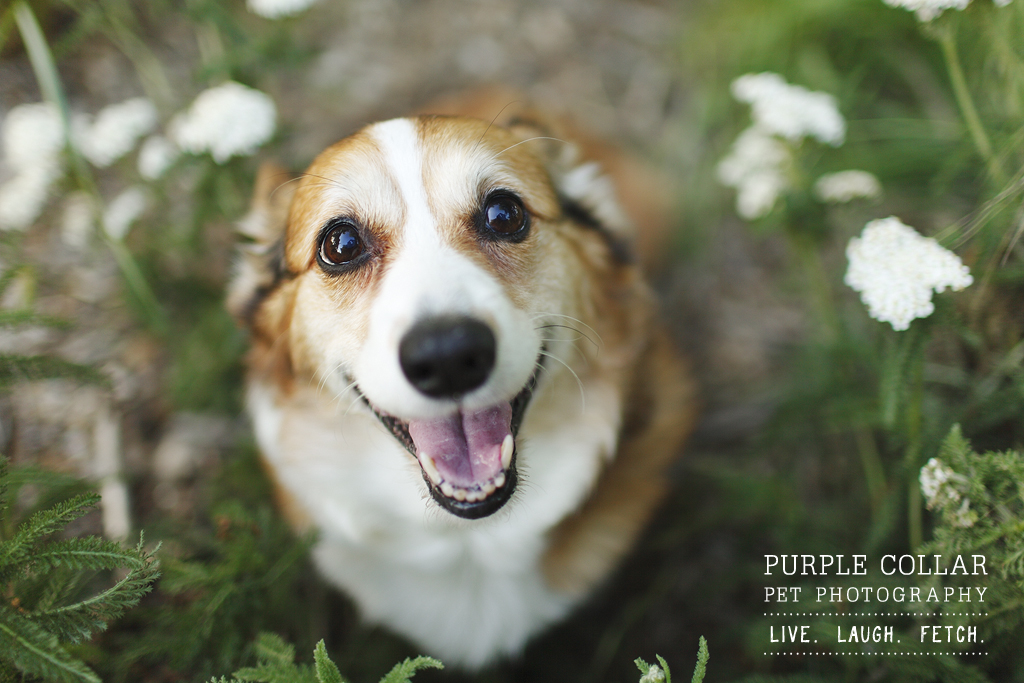 Oh, that tweaks my heart.  She looks a lot like Gwynnie in that picture, the cute smile with her ears back...

She had you to take care of her.  You gave her a good life and a good farewell.

I am so sorry for your loss.  Dee Dee was a special lady.  I loved the photo shoot.

So sorry for your loss. Your story touched my heart and my thoughts are with you guys. She couldn't have asked for better care or more love, in my opinion. It's good you have 12 years of memories with such a lovely pup to look back on and remember.

Im so sorry for your loss :(
Best wishes.

so sorry for your loss. am in tears.

RIP Dee Dee. So sorry for your loss!!

I am sorry to hear about DeeDee, my prayers are with you both as I understand the hurt of losing a special Corgi.  The Rainbow Bridge is one angel fuller, my she frap happily until she sees you again!

I am sorry for your loss. It must be hard for you.

Thank you all for kind words.  It has been especially tough in the morning and night.  We tried to keep ourselves busy, but little things everywhere reminded us that she is no longer here.

We cried when we were waking up because there was no dog to take a walk with.  My husband usually got up early for her before work.  On the weekend, we could hear her going up and down the ramp (to the bed).  She would check and see if we were awake.  She would sometimes nudge my husband's hand if it was hanging off the bed.

At night, she would follow me around everywhere until I gave her dinner.  After dinner, when we were going to bed, she always came up to my left arm so she can start the night's sleep using my left arm as her pillow.  Eventually, she would move away towards our feet area, but she always started at my arm.  That's where I used to say "night-night" to her and give her kiss on her forehead.  I keep waiting to hear her nails hitting the wooden floor and her coming up the ramp to the bed.  I know she's not coming, but I keep thinking she will.

I cut apples every morning to take them to work.  Dee Dee would come home from walk with her daddy, and would come straight next to me to lay down "pretty" for a piece of apple.  I couldn't stop crying when I was cutting apples this morning.  I kept thinking that if I turned around, she might be there laying pretty, and look at me with her eys  saying "look mommy.  I'm a good girl who deserves a piece of apple!"  No, she's not there.

Hey Alex, reading this post was so difficult and heart-wrenching.  I lost my border collie mix in March, and the change in the the routine was so difficult.  The hole his absence left in my heart was bigger than I ever could have imagined.  I found myself crying, like you, whenever there was a missing part in the routine, and he was a demanding, bossy little dog, so there was a lot missing from my daily routine (and I still miss it, even though the routine is easier now).  And that is with 3 other dogs in the house.  I still cry, but not as often.  And I still can't make myself fully vacuum out my closet, where he often liked to go and hide under my clothes. (Gross, I know, but I just can't do it.)  I hope that eventually you will find peace and be comforted by Dee Dee's memory, and eventually be able to open up your heart to a new furry friend.

Permalink Reply by Wilson Waddlepants and Joyce on November 6, 2012 at 12:31am

It's okay to cry Alex, a lot of us do understand what you're going through, nothing will ever fill that hole in your heart, only time can ease the pain. You are not going through this alone, take time to grieve, hold on to the good memories, you are going to be okay.