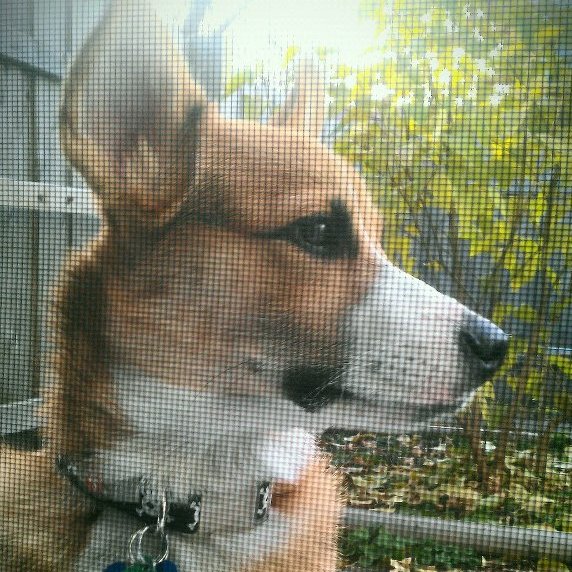 About Me:
I'm a stay at home wife and struggling artist who loves corgi's, video games, art, comics, zombies and more!

About My Corgi(s):
I currently only own one corgi. He was sorta a rescue. We got him from a lady giving him away free as a puppy. He was born jun 1 2011. We got him in august. When we got him he was living in 112 degree weather, outside, covered in mud, fire ants and THOUSANDS of ticks. When we got him to the vet the very next morning he had ticks falling off him. after the multiple baths then his treatments and sprays they began to fall off and stay off. He was anemic and had a swollen spleen which cleared up with antibiotics. a few weeks later he was a happy normal puppy. Pickles became his name. I love him and he is my best friend. He is a pembroke and loves people and other dogs. I hope to get a tri color pembroke or a blue merle cardigan one day so he will have another corgi buddy around :)

To all of you who followed my last blog, I would like to update you that pickles came home last night! He is a bit jet lagged and was SUPER thirsty from his flight, but is doing good. Woke up to him cuddled up on my arm with his face near my head. It's like he never left. :). Just gotta get him on a diet. he gained about 11lbs since we had to leave him behind, so 2013 wont be just a diet for his parents lol. anyways he is good and home again! :) Yay!

Pickles is going to his pre flight vet appointment hopefully wednesday or thursday. I am trying to sell some art to get the last of the funds needed to ship him home. If everything goes well he should be home to me again by the 17th at the latest. :) Thank you all for your kind support!

So almost 2 months ago we had a family emergency and had to leave minnesota. We had to rush by train and had to leave pickles behind with a baby sitter (fellow corgi lover) until we could fly him home. We have been trying to fly him out but the airlines will not do it because the weather is too cold for animal cargo. It's breaking my heart as he is my best friend and my therapy dog as well.

He is certainly a pretty fellow.  I'm sorry that he had such a bad start but I'm so glad that you got him and he is doing well now.

Red Ribbon
Have a wonderful weekend. . . . .
From the Gift Store

Welcome Katie and Pickles! You DID rescue him...and look how happy he is!