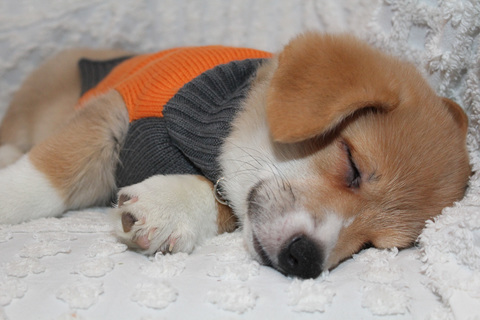 Ein came into our lives in November 2011 as a puppy, after my wife and I bought our first house. As we have no children as of yet, he is our child and has brought much joy to us each day. He comes running to the fence or the door when one of us comes home and like a child, loves to get into trouble. He has become the "Enforcer" in our house with keeping the cats in line and of course, us. 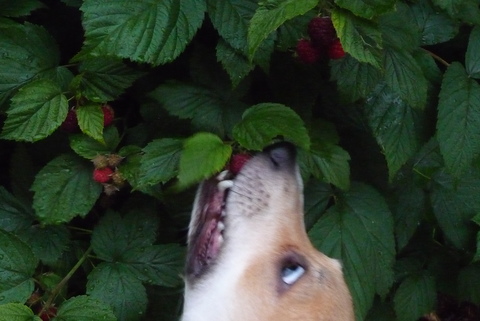 He has an amazing personality the just makes people laugh and want to hug him. And he absolustely loves children. He has always accompanied me to the pea patch to help me plant veggies or dig up weeds. To him, digging up everything was preferred, specially the carrots which he loves. Or sharking raspberries from the stalks. 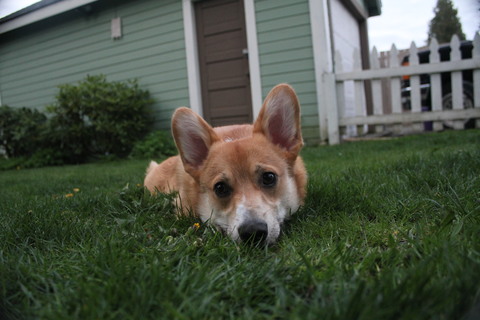 About a month ago, Ein, our two and half year old corgi, started having problems breathing through his nose and sounded like he was snoring a lot. We took him to our vet, Dr. Mangat at Algona Animal Hospital, who we've been with since 2005. Ein had a fever and his breathing was a bit labored so we were prescribed some antibiotics and benadryl. Five days later, he was still not better and brought him back. His fever was gone and Dr. Mangat performed a bronchial scope to look for a blockage. Not seeing anything, he gave us some prednisone to try and help reduce swelling to see if that improved his breathing.

Five more days and Ein seemed worse, I tried to call our normal vet and he had gone out of town for the weekend. So I called Urban Animal of Seattle who ran a blood profile and found his white blood cell count to be 31000. A dog of his size should only have 17000. At this time he directed us to the specialists at ACCES. 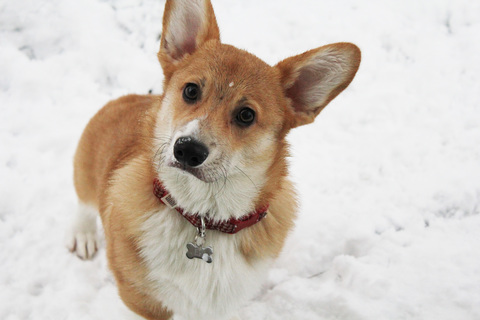 The consensus at the time was that Ein had some sort of blockage, more than likely from an inhaled seed or foxtail. The doctor said we needed to do a rhinoscopy to check out the problem and the news was not good. He had a mass in the caudal area of the nasal passage that was blocking his breathing through his nose. A biopsy was attempted but only a needle core biopsy was successful, which came back inconclusive.

So a CT scan was ordered, and we found out that it was surgically possible to remove most of the growth. We are not sure if this is cancer, a tumor, or an abcess/cyst, we are hoping for the best. As the doctors have said, he's a young dog, so seeing cancer in this young of a dog is extremely rare. They are thinking it could be some sort of infectious process due to a foreign object that the body has encapsulated or from an ear infection that went undetected, but at the same time say we won't know for sure until a biopsy is performed. 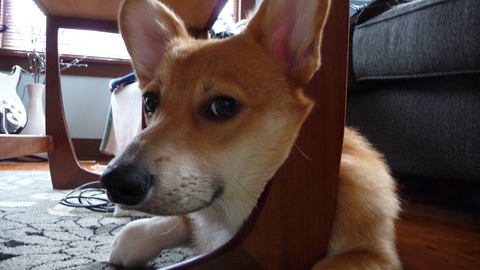 We have been told by the surgeons that once they get in there and look at it, if it is an infection or a polyp, they will remove as much as possible with out causing collateral damage. But he may lose hearing in his right ear. That is the good scenario. If they determine it's a tumor, either cancer or not, the best option would be to PTS at that point, as they will not remove it then. This way he does not suffer when he awakens, as the trauma caused can very likely make the growth and surrounding tumor swell, cutting off all breathing. Of course, there are other risks if they do remove what ever it is, but hopefully those do not arise.

We ask for your thoughts and prayers, that Ein pulls through and leads a long life.

If you wish to keep updated as well, you can follow Ein at http://www.facebook.com/EinTheCorgi

I hope his age proves to be the biggest predictor of his prognosis. Health and money are difficult bedfellows. If we all had unlimited resources the difficult medical decisions would be easier. For such a young pup I hope his ailments are resolvable with minimal emotional and fiscal cost. I hope his youth does give you all the advantage you might expect and deserve. I truly hope you get some good news soon!

oh no, i am sorry to hear. sending positive energy to you, your family, and your baby. best wishes <3

Sending prayers and positive thoughts to Ein and his family.  So sorry the little guy is going through this.

So sorry to hear about Ein.  I'll be sending positive thoughts and prayers.  Best of luck to him and you both.

My wife and I have been trying to keep a positive outlook. It's been only a short time since he came into our lives, but he has made everyday a wonderful experience, even while he's been sick.

Praying very, very hard that everything turns out OK.

Positive thoughts coming Ein's way.  Will check out your facebook page as soon as I add this.  Ein is lucky to have you fighting his battle with him.  If you need donations to help in your efforts for Ein, I know many would want to help.  Wish you the very best outcome possible.