It's been NINE months since Ziggy came to live with us today :) Only three months until it's been a year... This has to be the first time I've noticed how fast time flies instead of thinking about how long it takes a year to go by. Anyhoo, we're still at a standstill on training as when he eats dinner is the only time he willl drink water, so I can't use his dinner for training and I don't want to give him any extras, as he gained four pounds :( Bad humom!

It's been snowing a lot lately and he's not too happy with that, definitely going to have to get him some doggy booties ASAP! Does anyone know how to size their feet? I have to buy them online (there's only one pet store here and it's super small and dinky lol).

I also found a way to make him go on long walks with me---I found a pet stroller on Ebay that is awesome! And it comes in a lovely shade of green :D Gonna love being able to have him with me, and he'll be getting to see the outdoors without being on the ground (which is when he's nervous--he does fine outside when I hold him, though he is at his best indoors)!

Anyhow, I am so happy to have had these past nine months with him :D He's the best little guy in the world.. I don't think I could have asked for a better Corgi to suit me at this point in my life.. He's been way too good about being moved around from house to house so much.. I so bad about it, but he's just happy to still be with us---very apparent :)

He's started FRAPing lately! When we go out for potty breaks, he refuses to come back inside without playing a game of chase, while snorting and romping (go figure he starts this as it's getting cold as heck and all I can think about is the toasty indoors LOL)!! 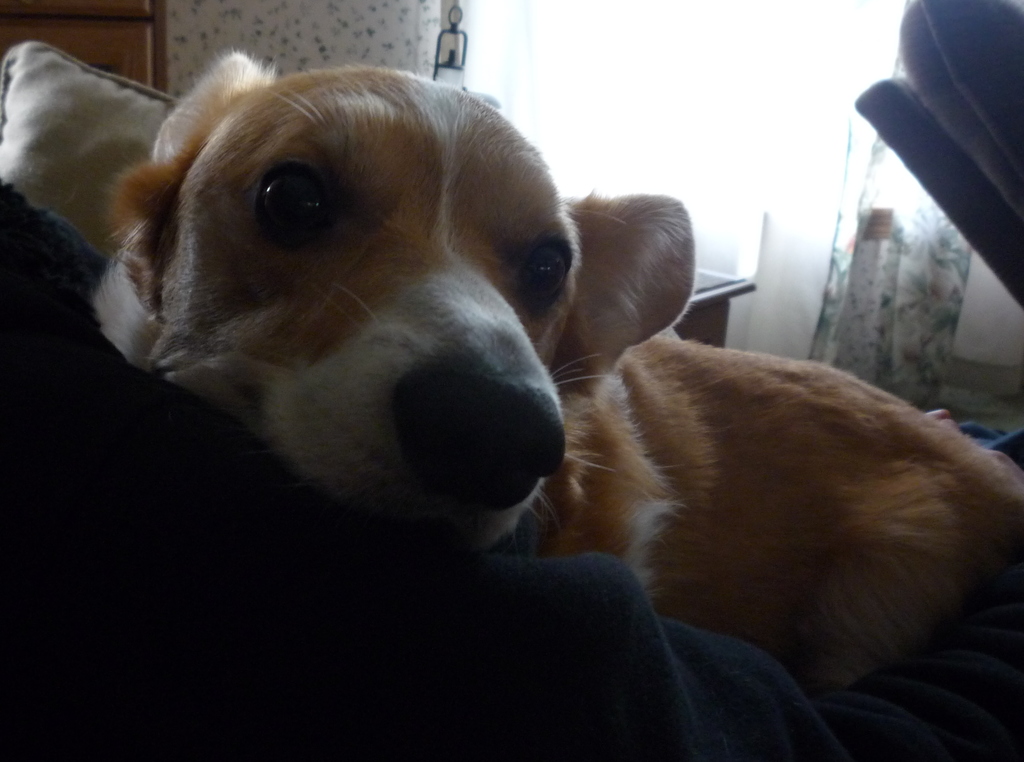 Haha it's VERY awesome! I am so stoked, I love playing chase lol.. I will have to see if I can set up the camera lol :D

Actually he did FRAP in OR when it snowed, but not yet here--but it's a lot colder here, too! I bet once we get legit snow on the ground it will be a different matter, because even though he was cold in OR, he bunny hopped all the way around our apartment complex LOL!

Happy 9 month mark, Ziggy!  :D  And how awesome is it that he's frapping outdoors?  Haha!  Was it the snow that did it?  Nearly every dog I've ever known has loved to go frapping and snorting through snow.  XD

He wants me to thank you all :P And sending Corgi smooches to you Jennifer! <3 He hasn't forgotten how happy he was to see me at the airport lol ;)

Happy 9 months Ziggy!  Here's a toast to the rest of your happy, happy life!!

Great news. :-) I dunno how to size booties for dogs, but I may need two pairs for Ace, too. He really dislikes walking on snow!