It's been a month since Floyd has joined our household! Anyone who is looking for a rescue...please check out Celtic Corgi Rescue...they are the best! 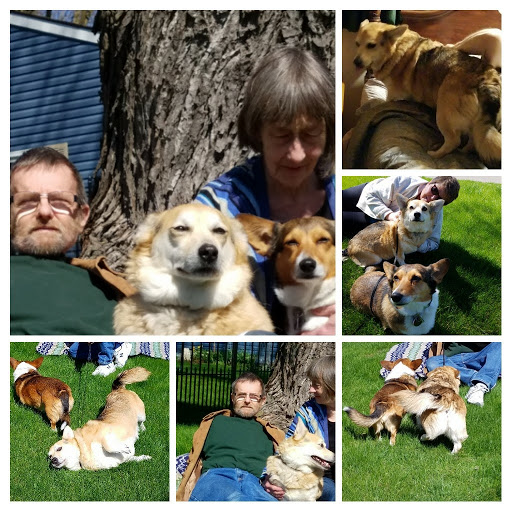 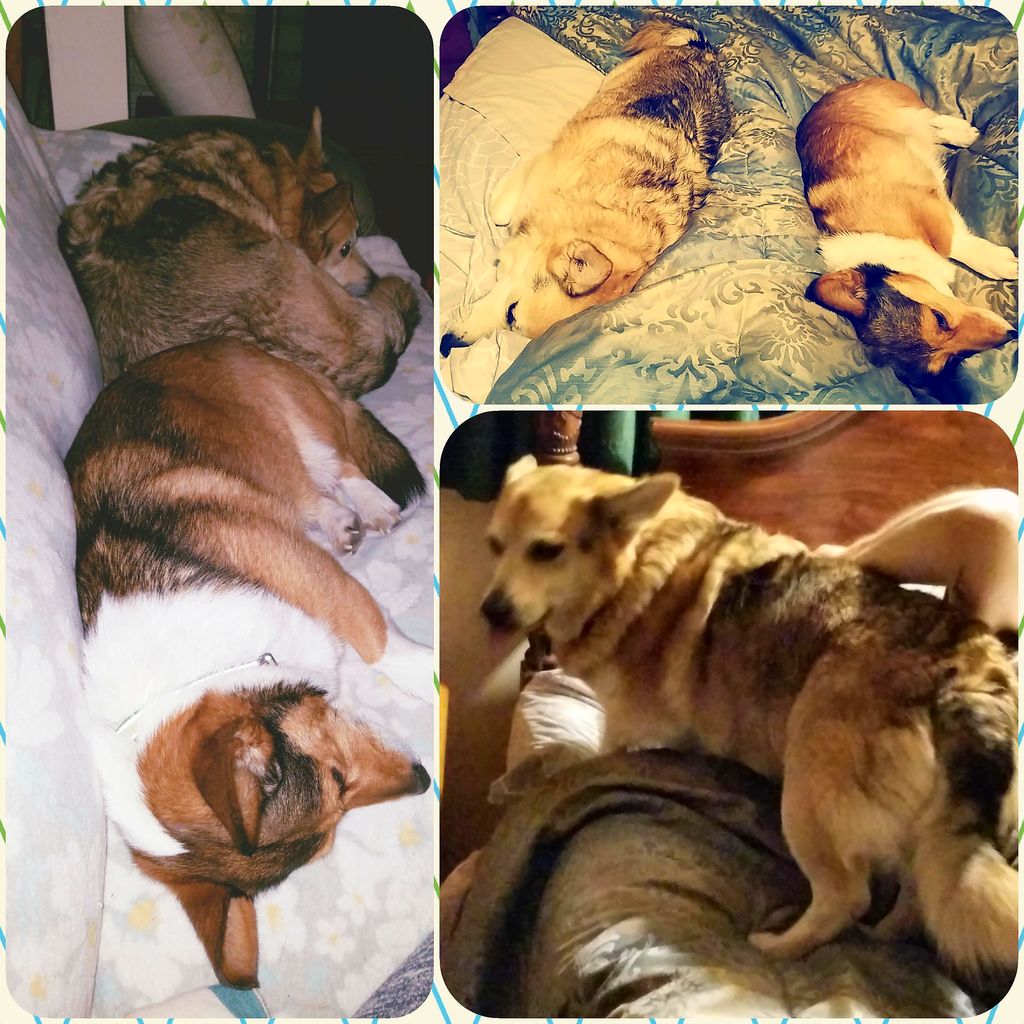 What wonderful pictures!!! An embarrassment of corgi riches!

Thanks Anna!....I'm sure it does happen and glad you got your dog back. Floyd is a good boy and I cringe when I hear of Craigs list and what can happen on there with dogs!

Jane, when I was breeding Malamutes (I only had a litter every 3 years) I co-owned every puppy I sold to make sure I would get the dog back if they could not keep it and had a signed contract that stated that.  When I moved to CO, I was contacted by a rescue worker in Delaware about a dog they had taken in from the owner who had bragged she had a working title.  Since they knew me (I did rescue work for 15 yrs. in Md-VA area) and someone connected the name to the working title (which I had put on her), they called me. Why did the owner not return her to me? We had been in touch all along... Because he was ashamed that he could no longer keep her and did not want me to know.  We flew her out to CO and re-homed her.  Takes all kinds to make the world go 'round!

Linda, Someone saw him posted on Craigslist from CCR and they got him back...per contract! Why would they post him there I have no idea and also how scary as to where he could end up! It was meant to be I guess as I don't even know how I saw the ad from CCR. I knew the minute I saw him I wanted him and got OK'd in a short time! He's so sweet!!!! Geeze people! Sage was NEVER an only dog and had lived with Teddy and Wynn her entire life! When we lost them within 3 weeks of each other I knew we needed another and plan to stick with rescues!

Jane...I can't figure it out either.  Our first corgi was given up because the people said he bit their toddler tho there were no marks on the child.  From what we could figure out they allowed the child to do whatever he wanted to the dog and we were warned he did not like small children, he sure didn't.  But we didn't have any and we could control the situation if any visited.

Max was given up because the new wife didn't like him tho the kids and husband (who he came with) loved him dearly.  Our breeder has no idea what the people we talking about when they complained about Brady when they returned him.  He is sweet and loves everybody and other animals, his BFF is Oliver our black cat. Breeder was told that the daughter in law said she would not bring the new baby to the grandparents house as long as "that dog" was there.  As far as I am concerned...their loss and our gain.

Katie was a show dog/breeder and our breeder was retiring her and it was time for her to have a loving home of her own.  She was Max's cousin and a sweet addition to our family.

Thanks Linda...he's a very sweet boy!!!! I can't figure out why people give up their dogs!

I am so happy for all of you!  If pictures speak a thousand words then it's easy to see that he has settled in perfectly and is very much a part of his new family.