No, not another corgi (not yet at least!).

Nope, I brought home two four month old kittens today. I've been wanting another cat since I lost B last October. Miss Mooch has also been missing having another cat around.

Ivy is the one in the back and Coco is in the front. They were rescued from a mobile home park along with two other litter mates. Mom was feral and was spayed and released. They're sweet and very playful. Right now I have them in my bathroom and will be introducing them to Teddy and Miss Mooch slowly. Teddy has been interested, giving the carrier a few sniffs when I first came into the house but he also has been calm. Tomorrow I will put the kittens in Teddy's crate for a little bit, giving everyone a chance to sniff each other and see how everyone interacts.

I have a feeling that Teddy will have his paws full. 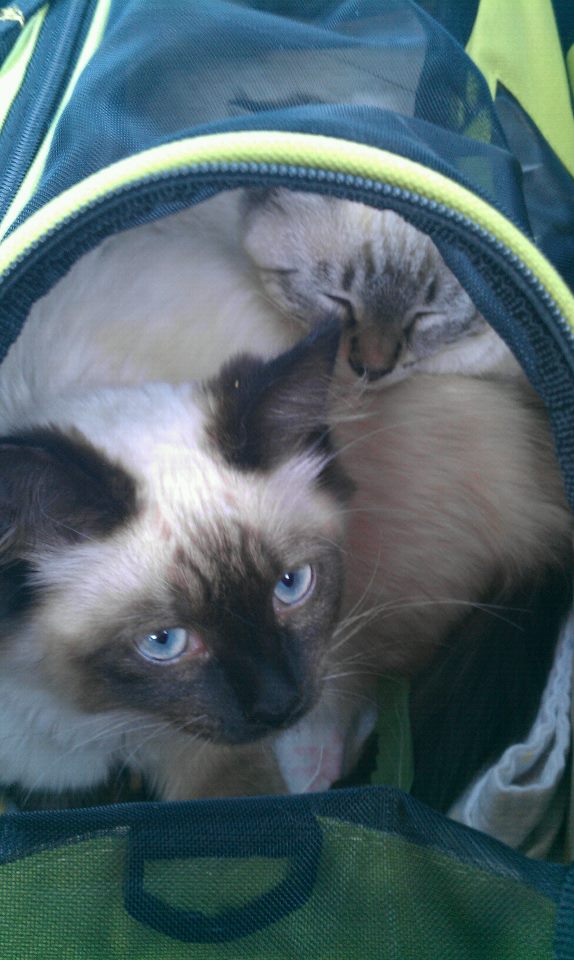 Aww, how cute!  I just added a kitten to our family, too, last month!  Seeing yours, though, certainly makes my vet's words really stand out.  Ours is going to be a big cat!  XD