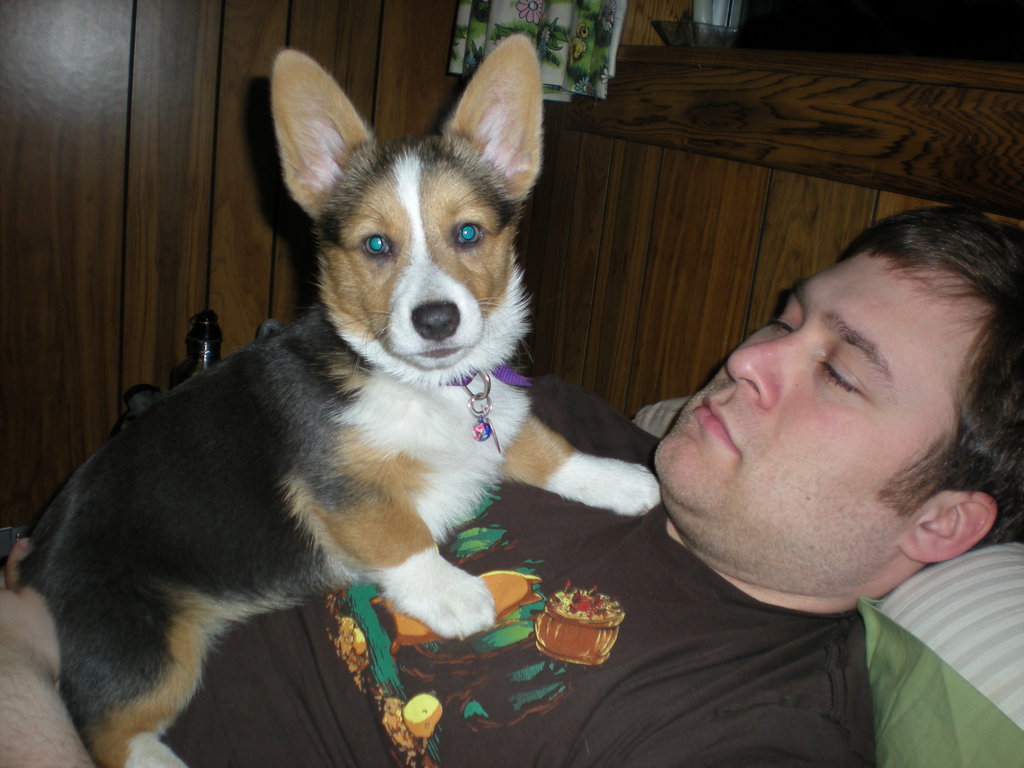 So, I've had Wydget for a little more than a month now and it's an EXPERIENCE.

I've *never* had two dogs at once, let alone a puppy and an adult. It's *crazy*. 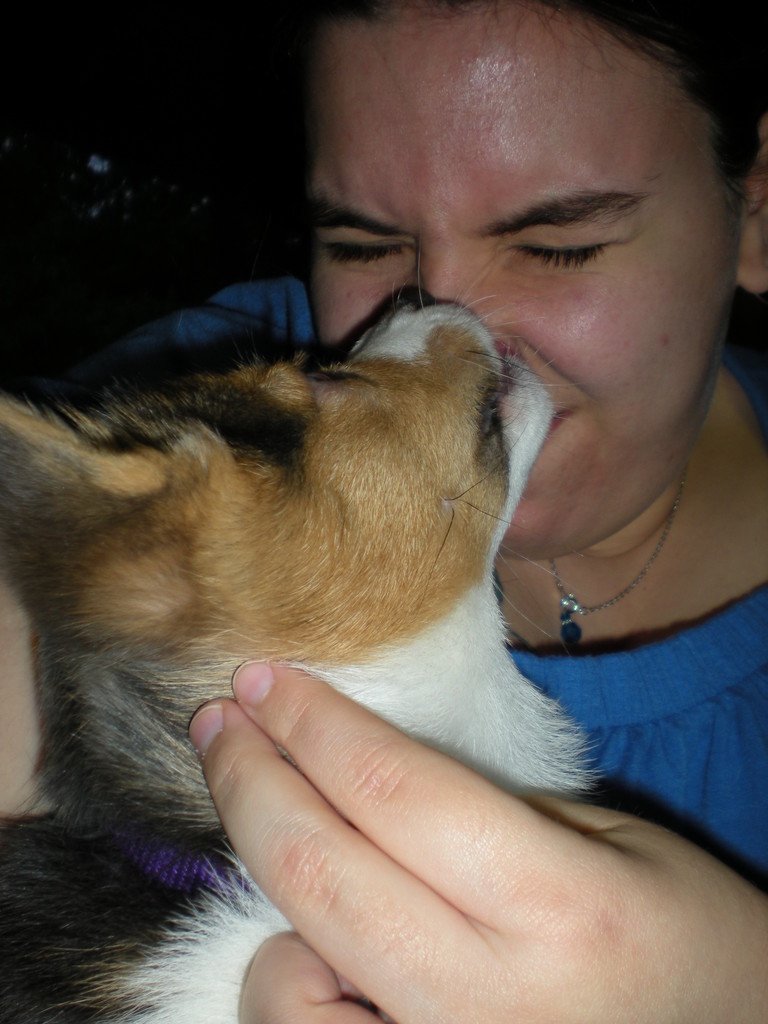 Zephyr is taking to the baby waaaaaay better than I thought she would! They're actually play buddies now! At first Zephyr had no idea what the little fuzzball was. But now they have sooo much fun chasing and wrestling all over.

There were some really bad health concerns on her last trip to the vet. She had been having diarrhea a lot, so when we went in for her puppy shots they did a fecal. She was diagnosed with 1) roundworm 2) coccidia 3) giardia AND 4) hookworm (which aren't even native to my area!). Poor baby was just all infested. So she had worming medicine and is now aaallll better!

We're having some potty training issues though. She potties outside like a good girl, but if I leave her in the kitchen by herself with Zephyr, she'll pee. She hasn't pooed in the house since we got the worms treated, so that's good. I just don't know if she knows that peeing inside is bad yet because I haven't really caught her doing it. 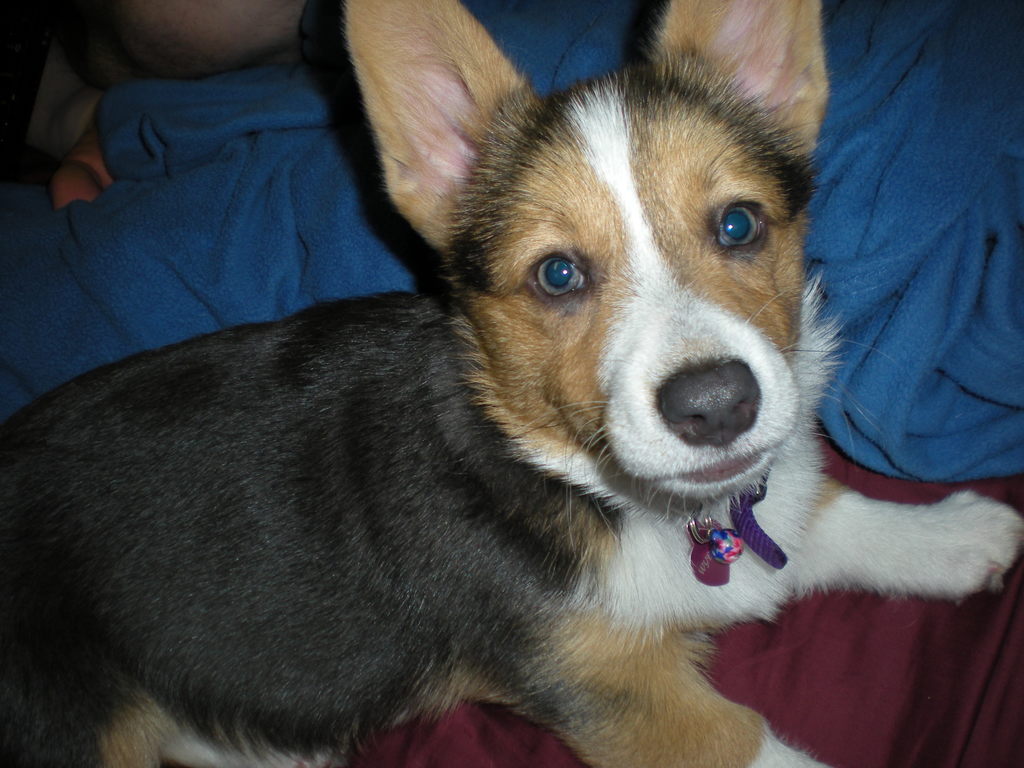 Comment by Lucy &amp; Ricky (Wendy/Jack ) on August 20, 2010 at 10:13pm
Awww. So cute! I totally identified with your post re. adding a puppy with an existing adult corgi. What are the ages of your pups? Is Zephyr a boy or girl? We just added a baby tri, Rafa to our family about a month ago. Lucy, our 4 yo r&w has some issues with him. She's not overjoyed, but she's getting better. She has her good days and her cranky days with her pesky brother. We're still having a few accidents with rafa inside. He's getting much better but occasionally a poo. We've moved furniture out of the room so I can see him, but I sometimes miss. I was able to correct the peeing because I caught him in the act. I have yet to catch him pooing. can't believe i'm having this conversation! how many weeks does it usually take to house train a pup? i forget.