One Month with Luna

My little girl has a new nickname, or three = Luny/Loony, Luny/Loony Tunes, Luny Tuny. She got the first one from me when I was simply trying to call her in from my mom's backyard and couldn't see the little brat - and out came Luny. My mom's the one who started calling her Luny Tuny - it's cute. She is crazy, so it fits. 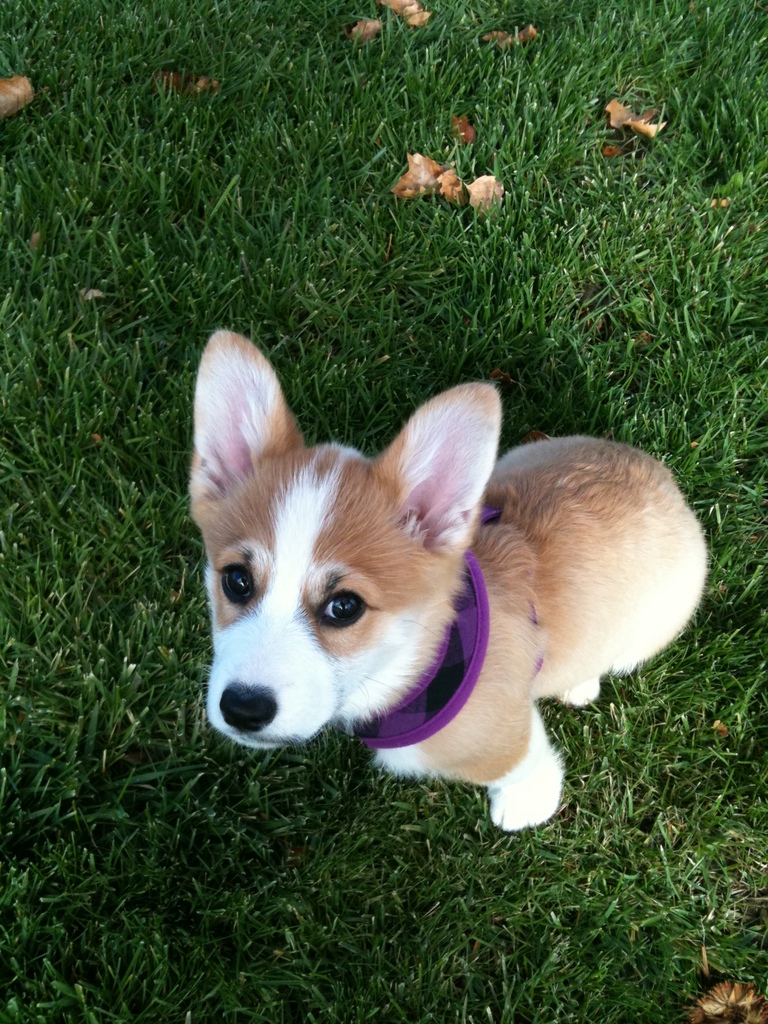 Anyway, it's been one month now with Luna. She is now 12 weeks old! I cannot believe I have had my baby girl for a whole month now. She is such a doll, and although I kid that she is a luny tunes corgi, really she fits in with the family better that way. In the entire time I've had her I have not suffered a migraine, despite the lack of sleep from having to get up in the middle of the night for her and earlier in the morning.

She is now able to sleep through the night with no accidents, so more needing to get up in the middle of the night now - yay!

We spent the week of Thanksgiving up in Palmdale at my mother's house, where Luna got to play with Belle again. After the three weeks of growing Luna was now the same size as Belle. They spent the week playing together all over the house and backyard, eating each others food, and generally having a ball. Luna even managed to learn how to take Belle's sweaters off of her, much to my mother's dismay. They even went to the groomer's, as Belle has a regular appointment every two weeks so Luna got a bath there, too. Some jealousy did go on, as Belle is very attached to me, and poor Luna didn't know how to react to it. 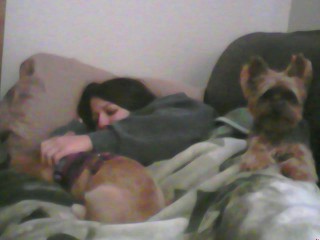 The whole time we were there Luna only had ONE accident, and that was because when my mom took her out with her to check the mail she picked her up before she had done all her business (#1 only, no #2) because she walked too slow - she's only a puppy after all. My mom felt really bad about it afterward, and this was only the first night we were there and nothing else happened the rest of the time.

In the car Luna is still trying to get into my lap, but I've figured out it's when she's trying to get away from the sun. It's interesting the things I notice about her now. When we were packing up my car Belle didn't want us to leave without her - she hopped in without me noticing. Once I did though, I took a few pictures of it because it was pretty cute. Poor Belle is gonna miss Luna. 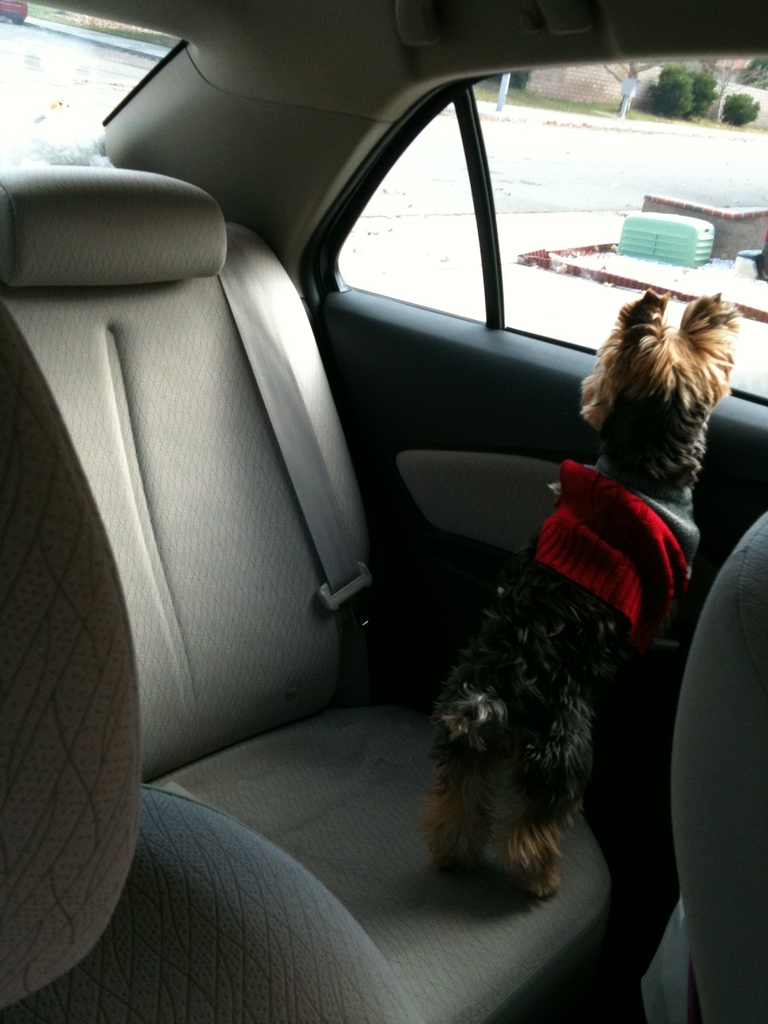 Once we were home in San Diego again the divider was removed from Luna's crate - since she did so well at my mom's house in her travel one. She has also been given a little bit more freedom in the house as well. In fact, last night when we did our last potty run for the night instead of running around for a little bit - she went straight into her crate and curled up. She was ready for bed after that crazy week!

I'm so lucky to have my sweet little Luna. 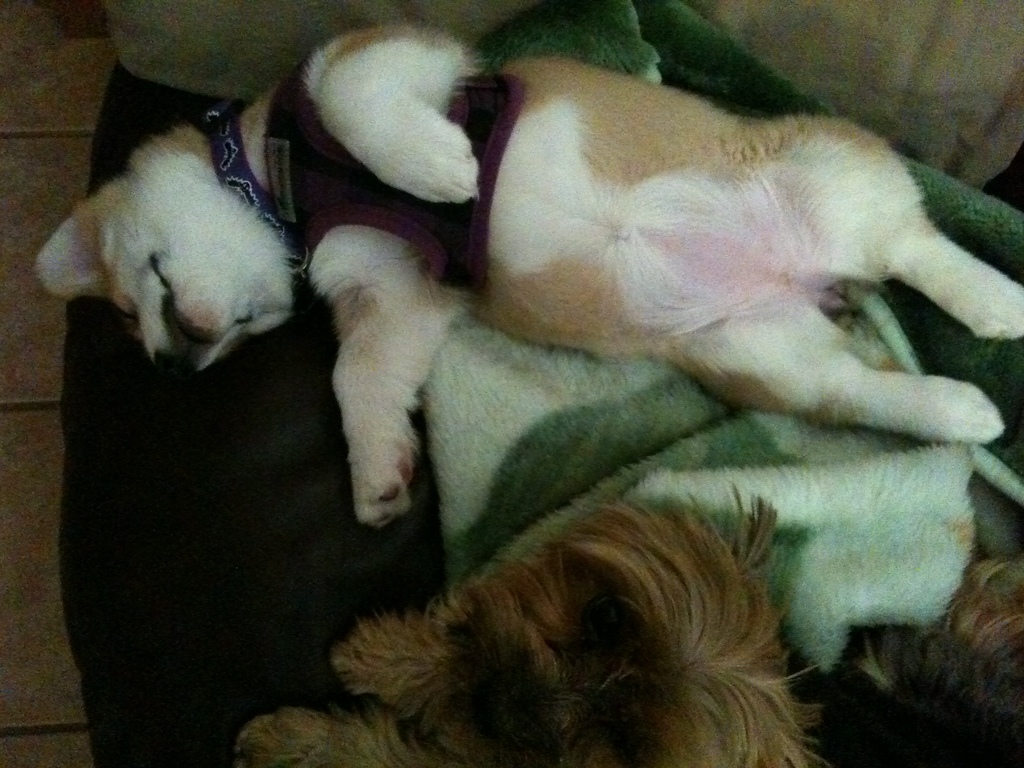