Puppy Pix Are Up!

M'jihito drove me out to Wittman yesterday for Puppy-Picking Day, his car being younger and more reliable than mine. We have a pup, a  little girl. A slew of Phone Photos are here:

Wittman is an hour's drive from central Phoenix. This factoid made for an innaresting day. I had choir call at 10 a.m. for an 11 a.m. service and another choir call at 4:00 p.m. for a fairly elaborate evening performance at which the music's composer would be present -- twenty guest singers were slated to show up and we were asked to feed them at a potluck.

M'hijito and I sailed up the freeway and across the Lake Pleasant Road, taking a cut-off that drops down toward State Route 60 and arriving at the breeder's house in yes, just under an hour. Spent an hour there and then left her house at 3:00 p.m.

My son, being a son, drives somewhat faster than his aged mutther would, and so we're flying back up toward the Lake Pleasant Road. That's when he says, "Hm. Where's all this traffic coming from?"

Oncoming traffic is rush-hour thick, and we're way to heck and gone out in the creosote flats. When we say there's NOTHING there, we're not kidding.

"They must be coming home from Lake Pleasant," I suggest.

"Couldn't be. Lake Pleasant is that way." He gestures in an unlikely direction. "Besides, none of them are pulling boats."

"Well, there was an event at the gun range. Maybe that's breaking up and they're coming from Ben Avery." (This particular firing range is named after a beloved local sports writer.)

"The gun range is that way." He gestures in another unlikely direction.

Shortly we arrive at the intersection with the Lake Pleasant Road.

The Highway Patrol has got the road blocked. Big wreck to the east, says the young officer. And we do mean young. He looks like he could barely have graduated from high school. Not a fatality yet, but they think it will be.

State Route 60 was once the only direct route from Phoenix to southern California. Locally known as Grand Avenue, it's a diagonal that passes through all three Sun Cities, crowded developments whose elderly residents are famed for their slow but erratic driving habits. Because the road is a diagonal, every single signal marks a five-way intersection. This means every signal is interminably, hideously slow.

When traffic is heavy, as of course it was on Sunday afternoon what with all the eastbound Lake Pleasant Road traffic dumped onto it and all the tourists coming back into town from Laughlin (gambling mecca), Wickenburg (tourist trap), and Yarnell (weekend homes), you will hit every. single. light. all the way into town, and you'll wait a good three minutes at every light.

It was hideous. We were late getting back into town -- hit my house a little after four. I jumped into a pair of black pants and a white shirt and flew out the door. No time to retrieve the potluck crockpot -- by the time I'd get there, I'd be unconscionably late and would have no time to try to find a place to put the thing within reach of a plug. And besides, it wouldn't be hot by the time rehearsal was done, anyway.

Just as well: two tables were groaning under the piles of food all those folks had brought. My stupid little eggplant casserole was not missed. In fact, it would have looked pretty pathetic compared to some of the amazing dishes spread out in front of us.

We were, in a word, impressive -- in the music department as well as in the food department. The chamber choir -- our assembled professional singers -- did a job best described as awe-inspiring. The rest of us, despite having rehearsed only an hour and a half with our 20 guests, performed fairly creditably, too, IMHO. Our director actually smiled at us after one piece, a sign of outstanding achievement. Most of the time, he did not wince, look worried, deliver The Look (at least not in the altos' direction), or evince a deadpan expression. So we all felt pretty pleased.

That was Puppy-Picking Day. Hectic, but fun. 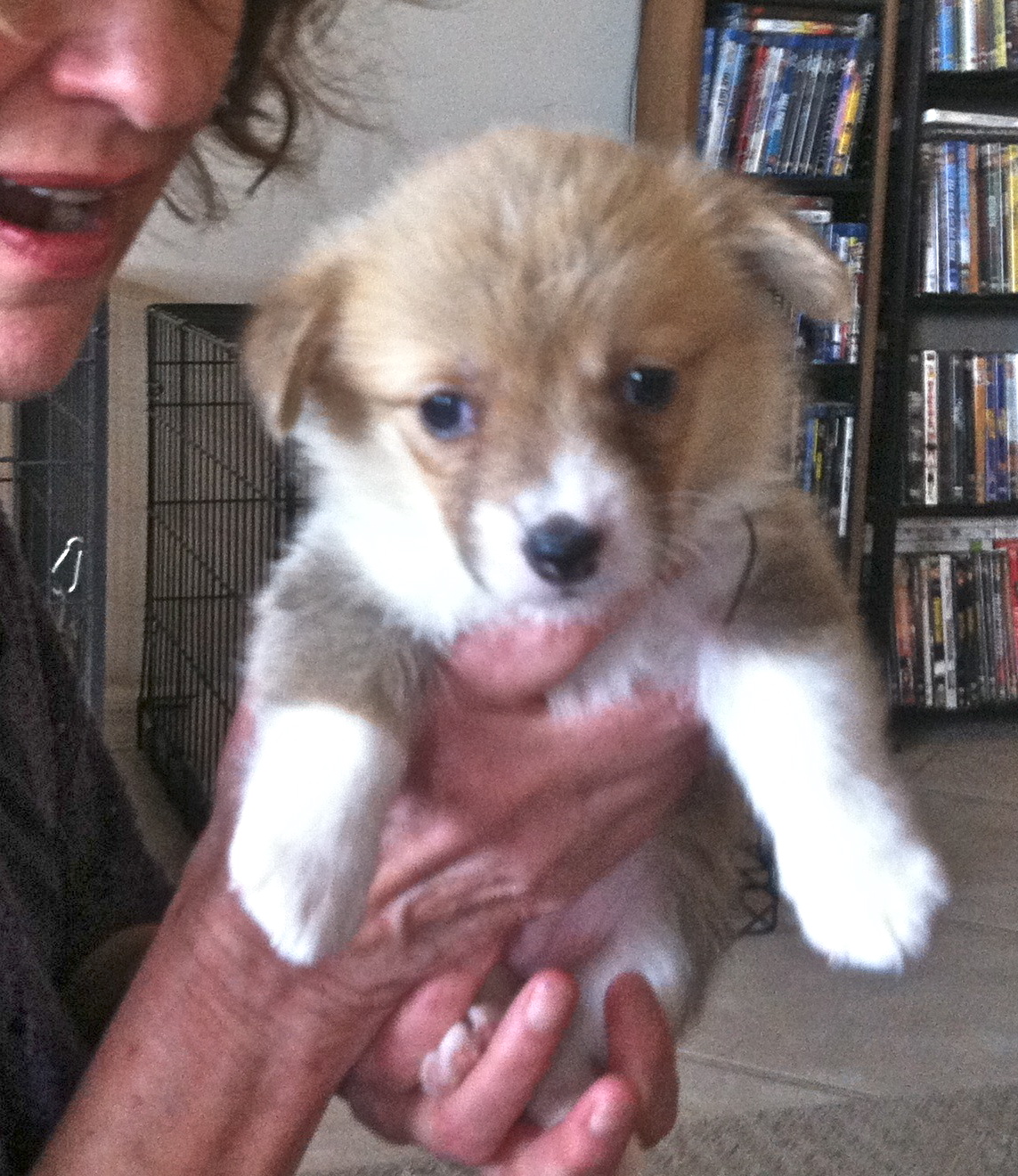