quick update on helix and emi

its been a little over a month since little helix entered our lives. its quite funny how things work out sometimes!

emi has always been quite the diva and brat ever since the day we brought her home. she is definitely a very headstrong girl, and is sooo stubborn! it doesn't change how much we love her though!

helix turned out to be such a sweet boy, the complete opposite of emi! hes more calm and doesnt always try to attack everyones face, but he also does not trust very easily. he gets very fidgety when you hold him and does not like being held too tightly (or restrained). but those are all things that can be worked out over time! we've been trying to socialize him a bunch! we even took him to the san diego corgi meetup (60+ corgis wow!!!). of course we had to keep holding him or kept him in a carrier cause he did not have all his shots, but i made sure to ask everyone who came by if they would like to hold him (:

anyways, these two play ROUGH and it concerns me sometimes, there definitely is some lip curling and growling at which point i break it up. they nip at each others legs and go for each others necks and faces @____@ its so concerning for a corgi mom but since it doesnt escalate too much i assume they are just playing! i wish i could know for sure though. when i do start to have doubts if they are playing, i break it up and crate one of them.

emi loves her new brother... for the most part :P i have to be very careful that emi does not have any special possessions before allowing helix out to play with her, she gets very aggressive if her food bowl is out (no food in, just on the floor!) so i have to make sure all the food bowls are up, and that she does not have any bones that she doesnt share (nyla bones in particular, they do share antlers and rawhides... or should i say they steal from each other, its quite cute sometimes). but other than those two things, she does not get too aggressive with him, but again, its all a work in progress!

ive signed both of them up for obedience classes, so thats also another exciting development in our lives!

i sometimes think that helix could not be full corgi, not that i matters to me or anything, cause sometimes i think he looks a little funny, but still quite adorable.

i also noticed that emi seems to be not growing anymore @____@ shes so tiny compared to other corgis! i understand she still has a little more to grow.. but her growth just seems to be stagnant :|

anyways, i hope everyone is enjoying their summer and their corgi children, cause i know i am! (although i canot WAIT until they grow up!) 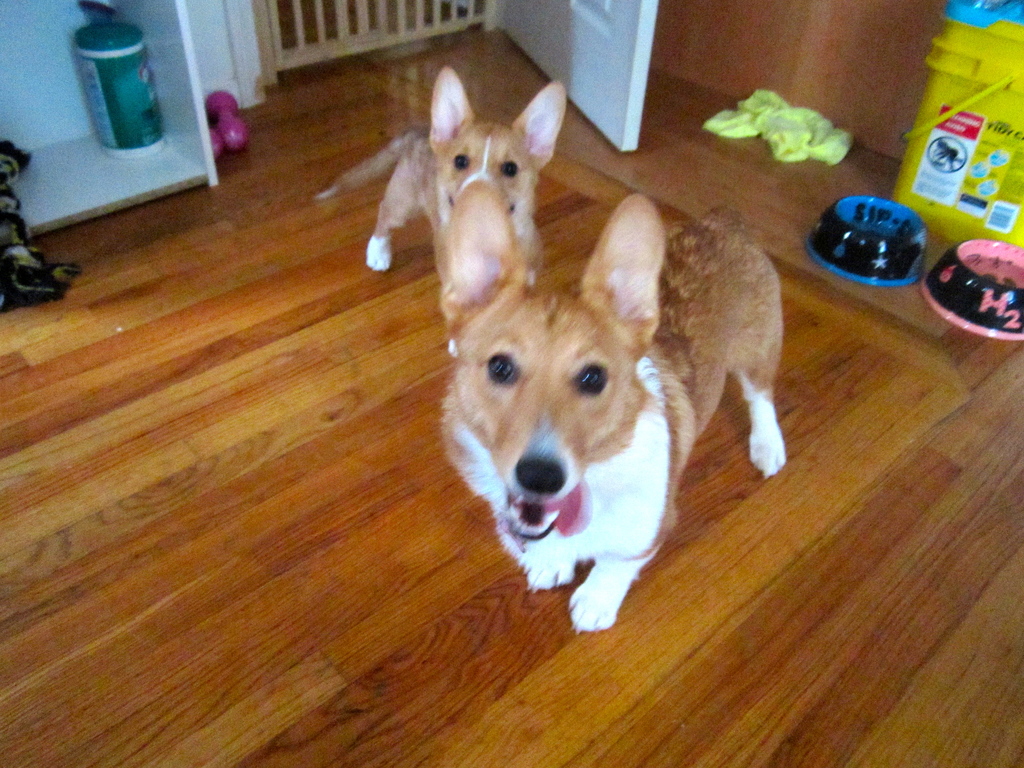 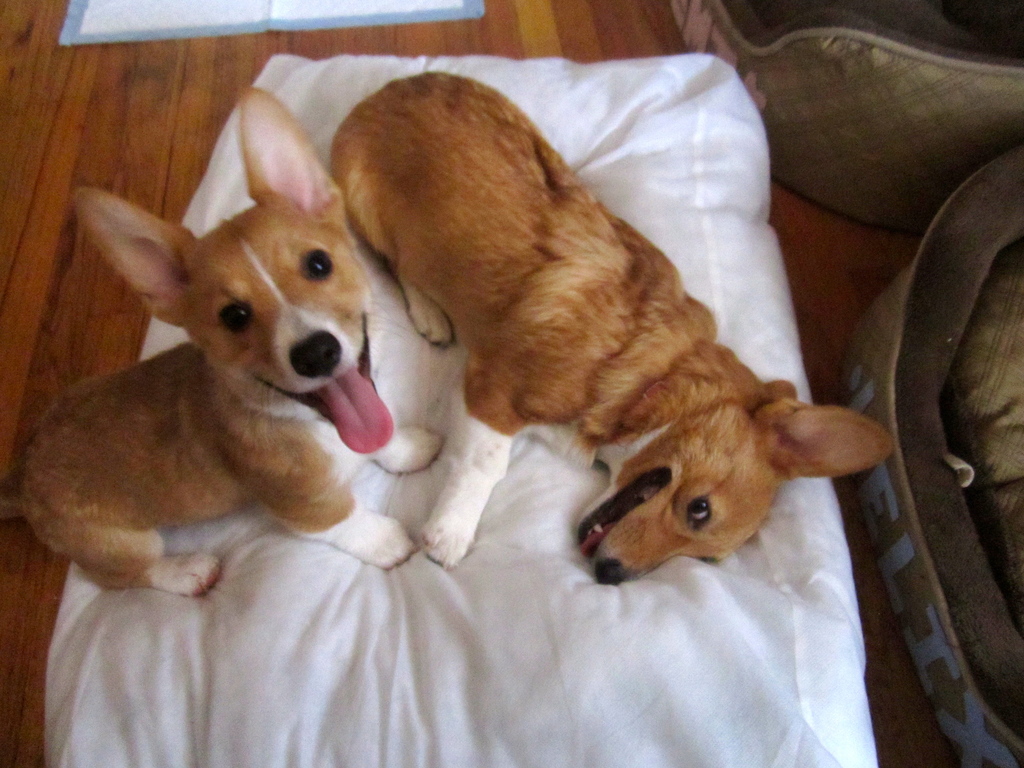 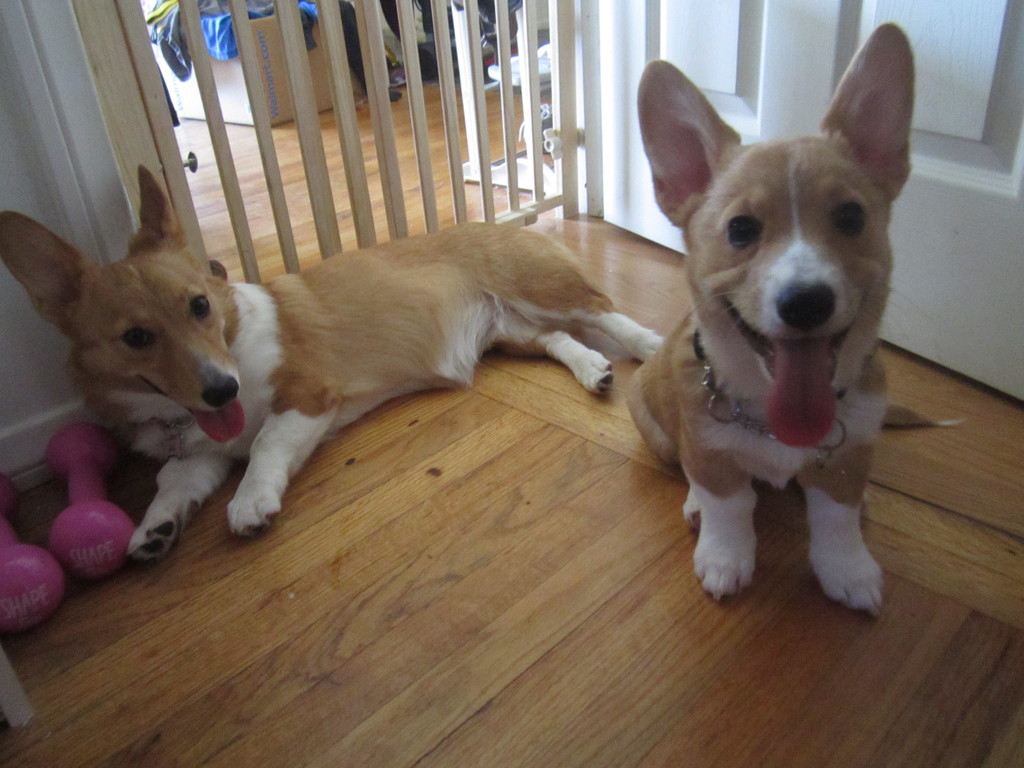 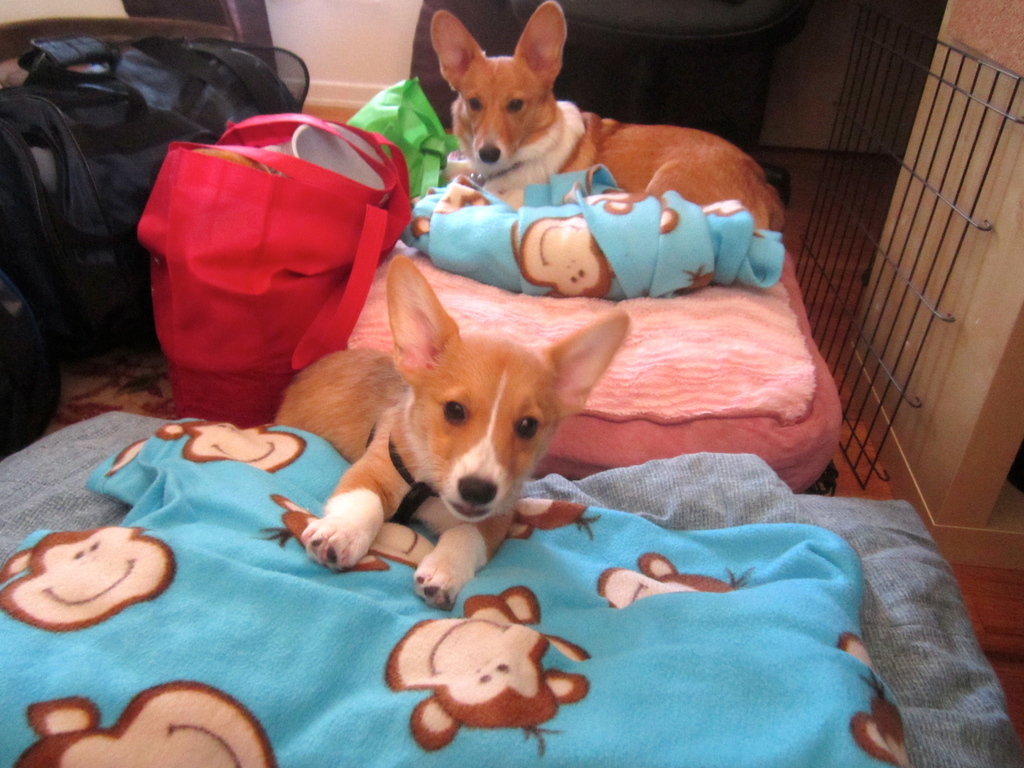 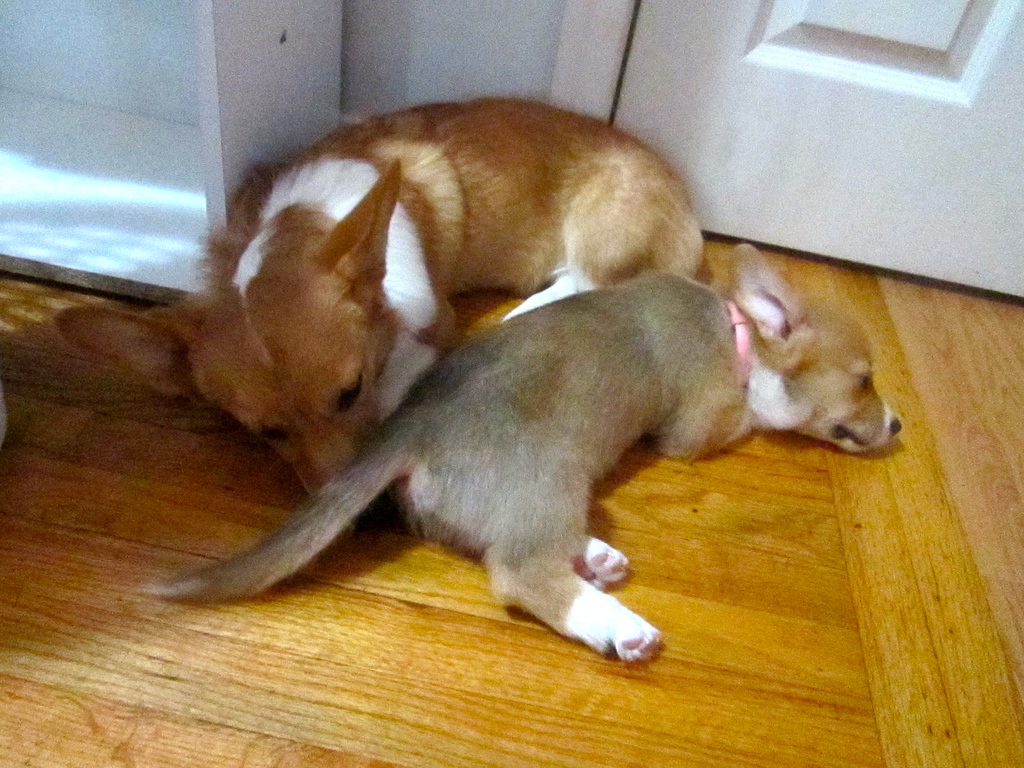 (excuse the pink collar, the collar we got him was too big so he had to wear emi's old one for a while teehee)