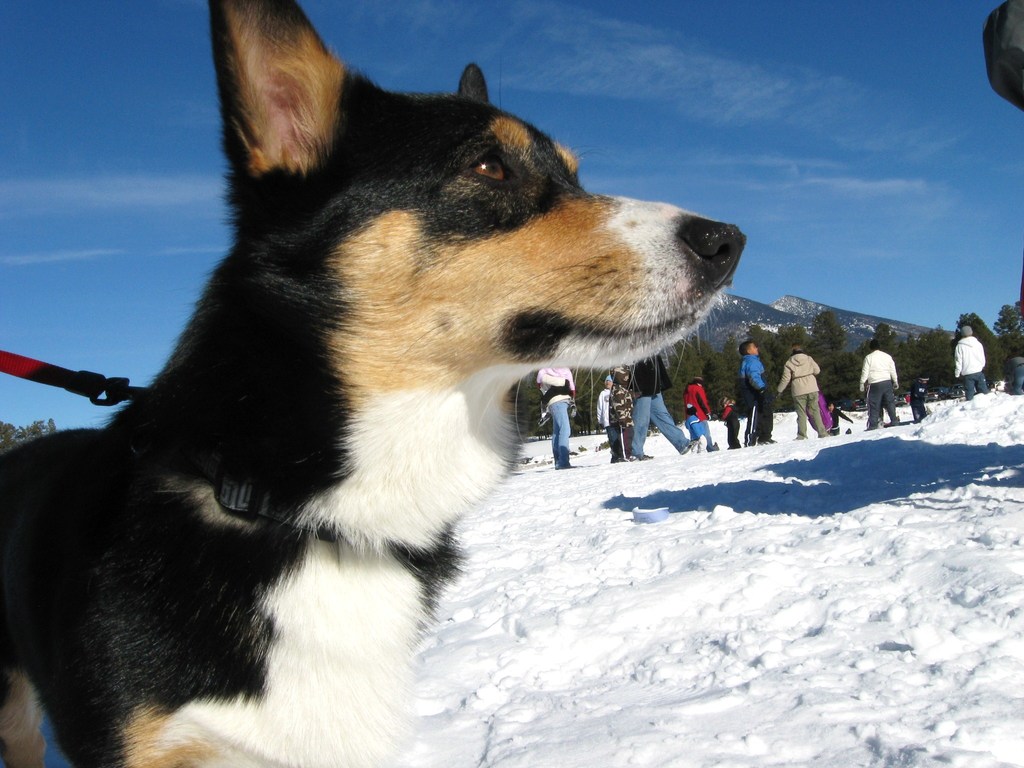 Vivi was great during the holidays! We went to my parents' house for 2 weeks and we all had a blast! Here are some details.

Vivi's a little nervous during car rides (it's the movement he feels while the car is turning/stopping/starting that bothers him) and he shakes/shivers on and off the whole trip. He does look out the windows though, so he's not completely shut down by fear or anything, and I know he'll get better eventually.

My sister, her husband, and their two toddlers flew in from Georgia to stay at my parents' place for a week as well, so I was a little worried about how he would handle the kids. At first, he was timid and ran away if they got too close (little kids can be scary with their stomping, jumping, grabbing and screaming), but he got to the point where he would tolerate them being near him, and he never showed aggression the whole time. One time when the 1 1/2 year old was jumping around near him, Vivi play bowed and acted like he wanted the little one to chase him! I also give praise to the kids for listening to their mom and dad when they told them to be gentle. 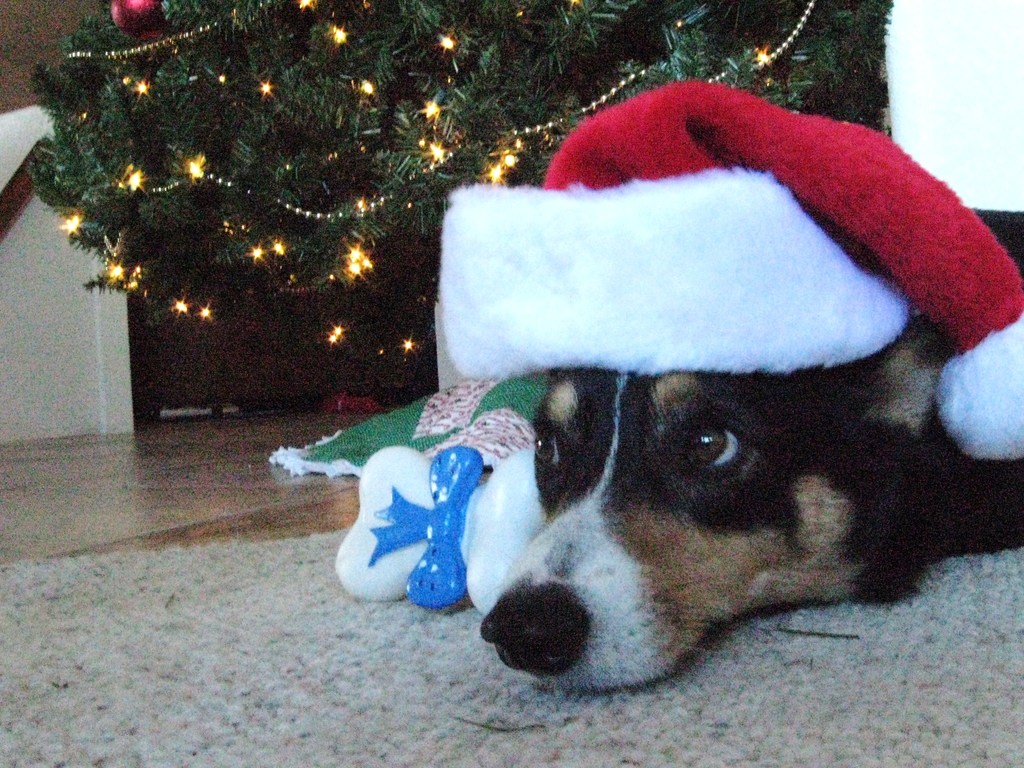 Also, my family has a lot of dogs. My parents have 2 dogs, my oldest brother has 3 dogs, my sister has a dog, and my middle brother has a dog. My middle brother brought his Boston terrier and the oldest, believe it or not, brought his huge mastiff! The Boston terrier got a little too rowdy and fights broke out a couple of times, but no one was hurt and she eventually calmed down. Vivi didn't go near my brother's mastiff though. She's a huge dog, I think almost 200 lbs, so it's understandable that he was scared.

So on Christmas Eve, there were 10 people, 2 toddlers, and 4 dogs in the house, and Vivi was perfectly fine.

It seems like his aversion to certain people is completely random. He doesn't trust my mom at all for some reason, and he still doesn't go near my youngest older brother. However, he seemed to take to my brother-in-law and my dad right away and would go to them if my husband or I were away, and my brother-in-law is like 6'9 and my dad has tons of facial hair. I have to assume it's some kind of smell or random behavior that only he notices that is bothering him.

On a lighter note, my husband and I celebrated our 2nd anniversary on the 26th by going to Flagstaff again, only this time, we took Vivi along! We went to Wing Mountain snow play area near the mountain. There was tons of snow. We put Vivi down and he immediately starting eating it and rolling around in it. He loved it so much! We didn't have any problems at all with him around so many other people. We were so proud. :) 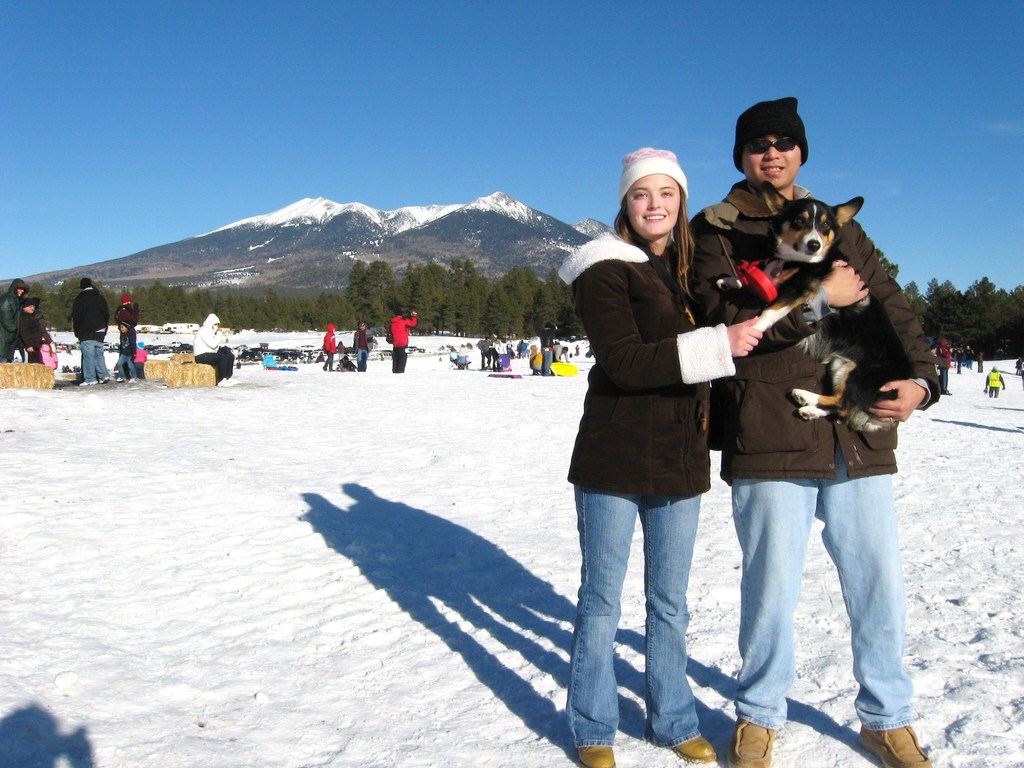 Comment by Potus on January 6, 2010 at 4:02am
Sounds like Vivi had a great first holiday season!! I love hearing about him, glad yo know you are all doing so well.

Comment by Bev Levy on January 5, 2010 at 3:13pm
Glad it went so well. Vivi sounds like a great dog. My Sparty is very anxious in the car too and has never gotten over it. He sits in the middle of the back seat and shakes and pants. Eventually he will settle down and even snooze a little. We travel a lot because we camp so he has been on many long trips. It is funny though because he runs right to the car and is just fine the minute he gets out so we just ignore it. I have tried a couple types of relaxer but nothing seems to help much. Happy Anniversary too!

Comment by Edward and Gemima on January 5, 2010 at 2:31pm
Sounds like you had a great Holiday season and a very Happy Anniversary!!! Cheers!!!