long story short i purchased a puppy two weeks ago from a farm, i was told repeatedly that the puppy was a pure corgi, one parent was ckc and the other akc. but upon arrival it seemed pretty clear that the puppies were not pure. we were able to see the mom, a small tri color corgi, but didn't get to see the father, apparently he had gotten hit by a car a week or so earlier. i ended up taking a puppy because he was just so darn cute, and i love him to death no matter what he is. from what i know about him, which isn't much, he should be around 9-10 weeks, according to breeder his dads ears stood up late, though not sure if would effect his. his ears have been getting more lift, but no standing yet, but i'm not too worried at this age. what do you guys think? sorry the pictures arent the best, these are all i got.
his color and his frame (though his legs are a touch long) look like corgi, but he has a light brown nose and eyeliner.. hmmm. so far i have had people tell me aussie or beagle. not sure though.

Permalink Reply by Beth on August 31, 2009 at 3:04pm
OMG, so cute! Too soon for me to tell; he could be anything, including full Corgi with some not-so-breed-standard bloodlines.

Maybe someone else can tell, but at that age they all look so similar to me...

Permalink Reply by Amanda & Tuck on August 31, 2009 at 3:07pm
He is really sweet! Definitely has corgi markings - the brown nose is the only things that stands out as noncorgilike to me. Congrats on the pup. Sorry I can't be more help! 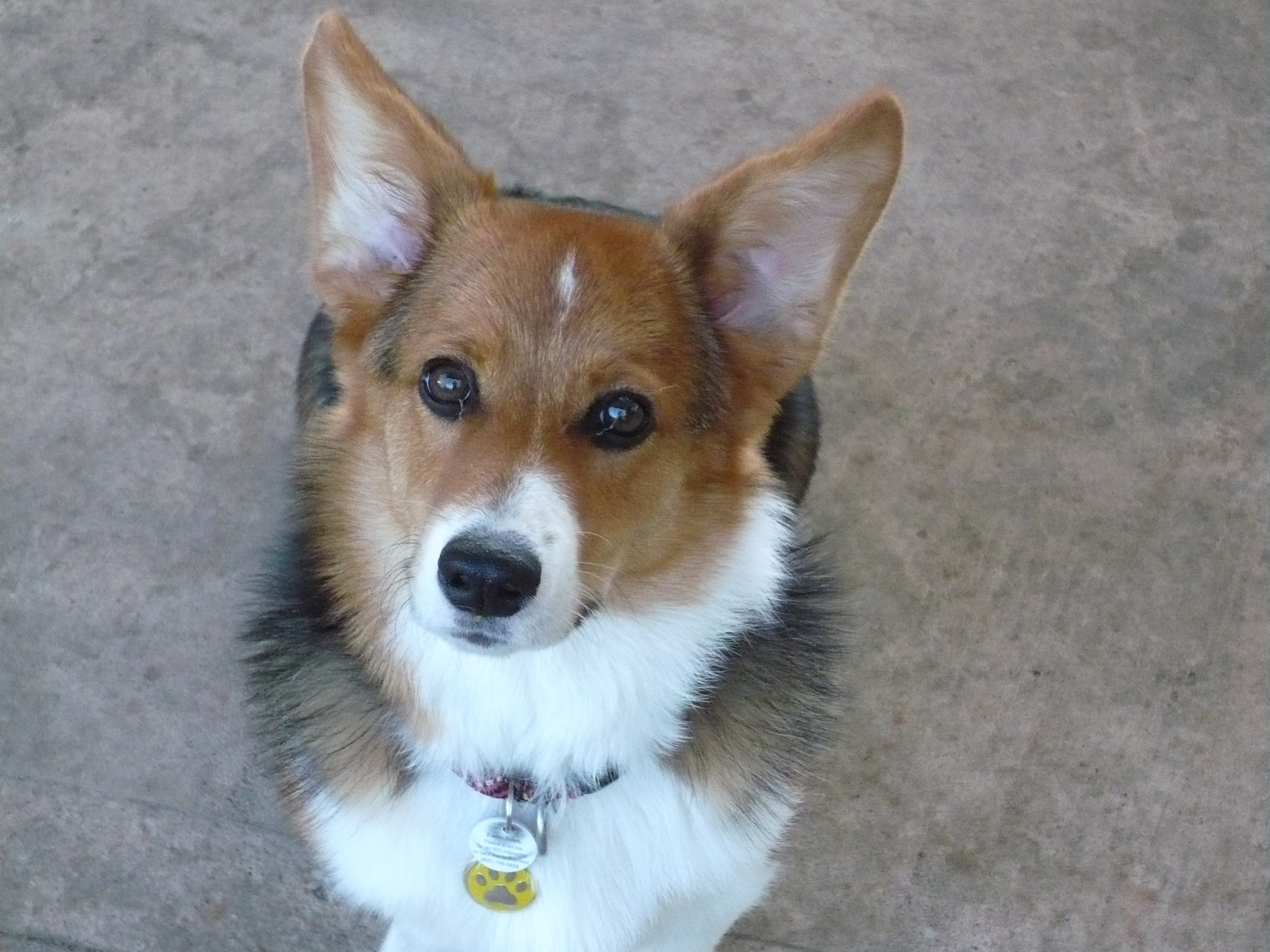 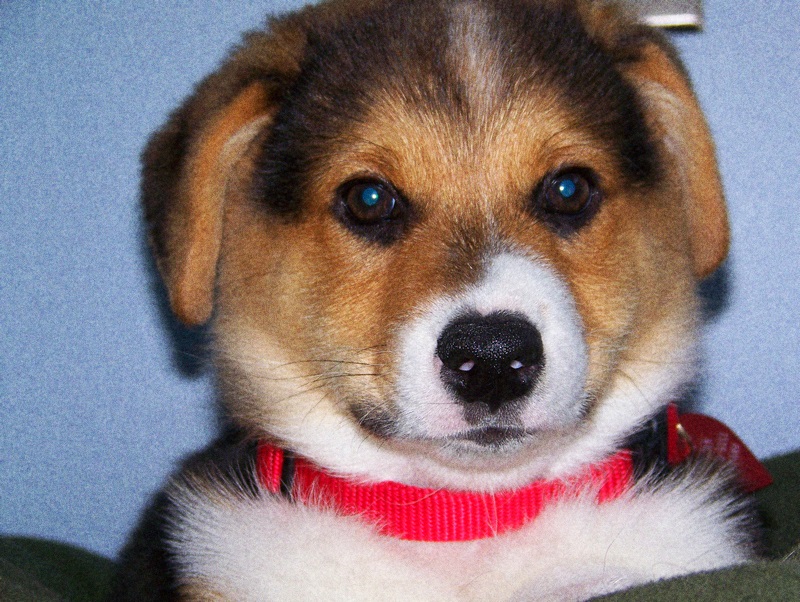 sorry for so many pics. just thought some before and afters would help =) 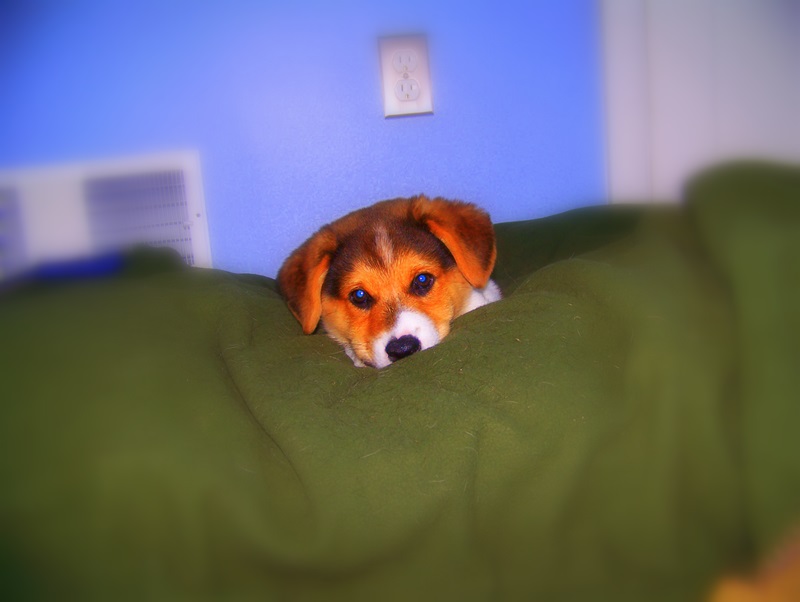 He looks pretty corgish to me, my boy jordan looked alot like that as a puppy and we had to tape his ears

Permalink Reply by Amanda Giombi on August 31, 2009 at 3:15pm
at what age did you tape them christy? i have been debating about doing it.

Permalink Reply by Jane Christensen on August 31, 2009 at 3:15pm
I had a pup who's ears didn't stand up till over 3 months but they did some of the time I also sold her with the people knowing before they ever saw her that she was not up to Corgis standards...and they didn't care ...my guess is this is not a purebred as his nose should be black and are his eyes brown or another color???

Permalink Reply by Amanda Giombi on August 31, 2009 at 3:19pm
"my guess is this is not a purebred as his nose should be black and are his eyes brown or another color???"

thats my thought too jane. but its just interesting that he is so corgi-esk but just an odd colored nose lol.

Permalink Reply by Kyle, Megan and Loki on August 31, 2009 at 5:05pm
MY corgi had an almost entirely pink nose, but that looks more liver coloured? He 'outgrew' it for lack of better term and it turned black while aging.

Permalink Reply by LORRAINE on August 31, 2009 at 3:30pm
I have to say that his front legs look chunky like a corgi and sleeping with his back legs stretched out is another corgi trait, like was said before the brown nose doesnt seem to be right but you never know. Either way you have a very beautiful puppy and you will have the best fun ever!!!

Permalink Reply by Beth on August 31, 2009 at 6:18pm
For comaprison, here's a picture of Jack at 10 weeks. They do have a bit of a beagle look about the face and ears if their ears are still down. 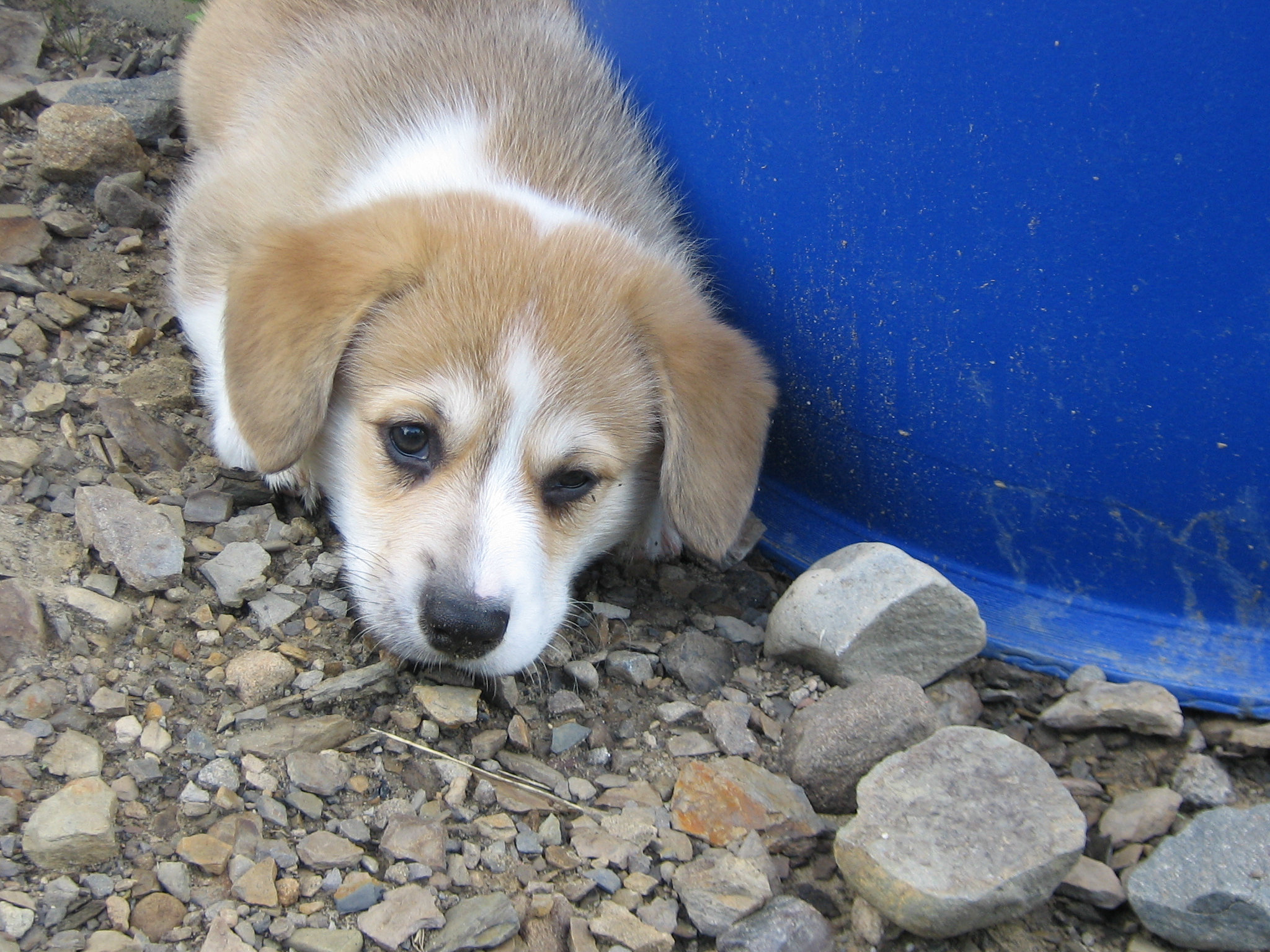 Permalink Reply by Amanda Giombi on August 31, 2009 at 7:38pm
thanks everyone for their opinions so far! i really appreciate it:) i will say one thing.. he definitely has the corgi antics!

Permalink Reply by Jane Christensen on September 1, 2009 at 1:39am
There's some spaniels that have brown noses...