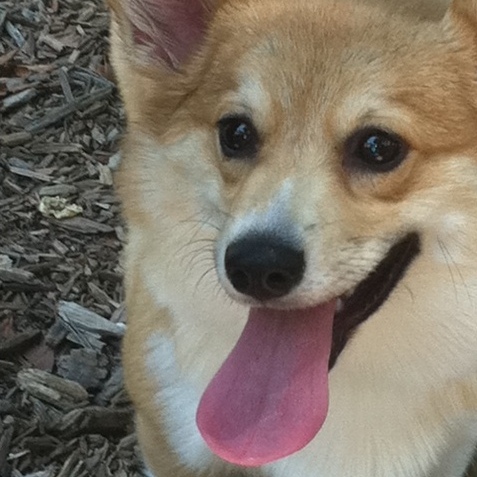 The finalists have been selected.  Please vote for your favorites.  I have two dogs on the list - Annie (#6) and Jack (#18), my fluffy puppy.  Annie's boyfriend Sidney (#29) is also a finalist.  We'd…Continue

Joanne Barnard has not received any gifts yet

About My Corgi(s):
I have a female Pembroke born in March, 2011. Her name is Annie Rose.

Just checking to see if the 2013 calendar has been published and where I can buy some copies?

Joanne Barnard +Annie and Jack (who are both in the calendar)

I'm sorry we didn't get back to you sooner!  We haven't checked out the community much with such a busy month, and I hope that our advice is still helpful!

We've had Taro for almost two months now, and he is fantastic.  His father is Banjo and his mother is Coppertone.  He is extremely smart and has
learned many commands in one or two sittings.  He also has a very good
temperament so far, no signs of aggression or dominance.  We are
extremely happy with the puppy we have received and I feel that we have a
healthy puppy with a great temperament as Royal Hearts has promised.
The only problem we've had with him is a mild skin rash in his ears and
below his eyes, and the vet said it could be allergies to something in
our house or a skin disease (we hope its not the later).  So far, his
rashes have occurred less frequently and is almost completely gone, so
we're hoping it's not a skin disease.

As for Linda, she is definitely a professional with many years of breeding experience with corgis and other breeds.  She was easy to communicate through emails and responded quickly when we were
still searching for a puppy.  The puppies and their mother live inside
her house.  All of the adult corgis I saw were well mannered, and looked
healthy.  The living space looked clean for the most part.  The only
problems I detected was that she free feeds the puppies.  Personally, we
prefer to monitor how much our dogs eat so that's really a matter of
preference.  Secondly, our Taro had some old feces stuck to his fur when
we picked him up, so that made me think that the living condition might
not be as clean as I initially thought when we first visited the place.

Overall, we've had a good experience and can't imagine life without Taro.  We would consider getting another puppy from there again, but I would also research other breeders to compare with
our previous experience.

Lucy &amp; Ricky (Wendy/Jack ) said…
So sorry about your loss. 15 years is a wonderful time to have with your corgi. Hope you find the perfect corgi pup.

Krystle (Luna & Twinkie!) said…
Oh, I forgot to mention - for the first couple weeks I was getting up with her 3x a night until she was able to hold it for a longer amount of time during the night. Check my blog for more info on that stuff :)

Krystle (Luna & Twinkie!) said…
Oh that's so exciting that you got a puppy! Is she a tri-color, because I know Linda had a litter of tris after the litter Luna was a part of was born. That is so wonderful. Potty training is going really well - she is now sleeping through the night with no problems and has been for almost two weeks now, but I do get up with her no later than 6:30 or so in the morning - she pees, then has to go out again once she's awake enough to poo. After she eats she needs to go out again about 15 minutes later, and then I let her out every hour or so during the day to pee, gradually stretching the time out little by little as she's getting older. She's barely 12 weeks old today, so it's still a process, but we're not having any accidents anymore, which is great!

I cannot wait to see pictures of your new little girl and to hear what you have decided to name her.

Luna will be cleared for dog parks in early January, so we'll look for you shortly thereafter. We may hit up one of the smaller meetups in North County first, before we do one of the bigger events later in the month. :)

Geri & Sidney said…
Welcome Joanne! I live just up the freeway from you. Have you checked out the San Diego COrgi meet-up website yet? We have regular meetups where you can talk to folks about where they got their corgis. People also post there if they need to re-home their corgis, or if there is a corgi sighting at a local shelter.
http://www.meetup.com/SanDiegoCorgiMeetup/messages/boards/

Courtney and Zoe said…
I'm so sorry for your loss. I hope this site brings you plenty of smiles and comfort!