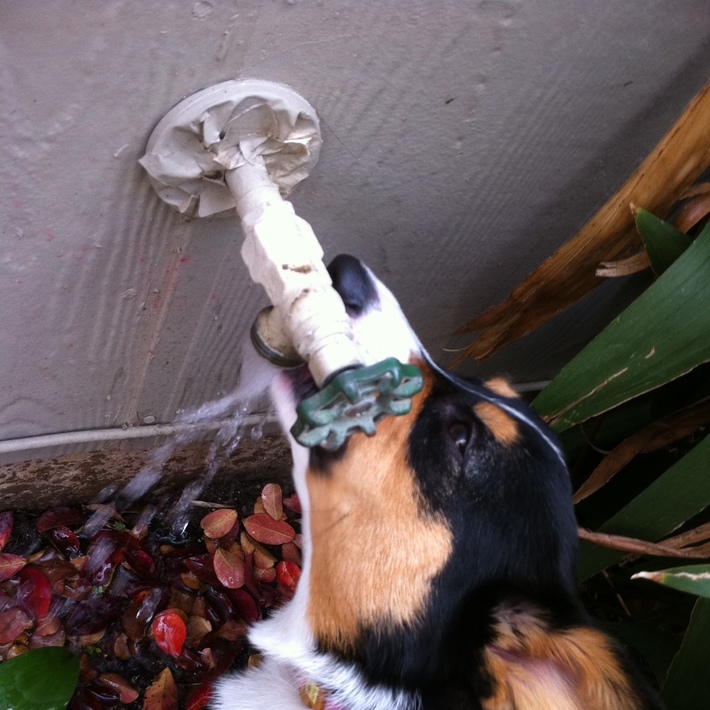 About Me:
I have never had a dog before, so Chula, my corgi is my first. I took her to training at 4 months and got her spayed two days ago. She seems fine so far after her surgery but doesn't want to go downstairs yet. I never saw a dog who could run backwards so fast. Do they all do that? I would love to meet other corgi owners.

About My Corgi(s):
She is tri-colored and very well behaved. I think my best investment so far has been the "grass" pad for $80 that I put out on my deck. I have to clean it after every time but its worth it to know she will go there consistently, especially if the weather is bad outside..

Chula h(and a bunch of little ones.  The vet said he had never seen so many in such a young dog.  She'll be 2 in December.  I felt bad for not taking her earlier but the only symptom she had was marking alot.  She had even gotten her herding certificate just days before the surgery!   I've never had a dog before and was told that if she was marking alot it just meant she was an Alpha dog. I just wish I would have researched it sooner.

Hilary & Loki said…
Yes! I actually work at The Statesman, which is right on it! I can't wait until Loki has had the okay from his vet to go outside!

Do you and Chula hang out in those parts as well?

Lady Bug (Michelle) said…
Welcome! If you’re interested in joining a group…It’s a networking group for all Texans (or former Texans) and their corgis:
http://www.mycorgi.com/group/corgisintexas

Lori A. Haskett said…
Welcome to Corgi life Pauline & Chula. Sounds like you're both doing great! We wish you all the best! Lori, CAllie & Cooper

Carol Rea said…
Welcome Pauline and Chula the tri! I think tris are the best, but we have two. You have come to the right spot to meet other corgi owners. Carol, Lucky and sonny

christy fry said…
welcome to my corgi!!! I've never seen mine run backwards =) must be a fun Chula thing!